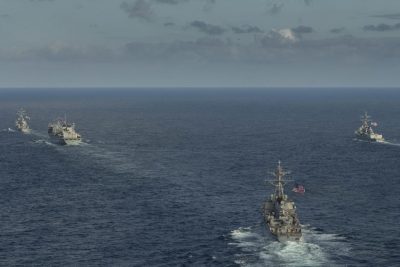 NATO has stepped up its activities in the neutral waters of the Barents Sea, raising tensions in the Arctic region. In just one day, Russian pilots escorted three military planes, one Norwegian and two British. One of the British planes was headed specifically for the Russian border when it was identified and escorted by the Russian fighter MiG-29, which caused discontent among Russian military and politicians.

Aerial maneuvers in the region were intense and revealed a new stage in the operations of the Western military alliance in the vicinity of the Arctic. Commenting about the incidents, Russian Defense Minister Sergei Shoigu stated that, while NATO training flights near Russian borders are not new, the nature of those flights has changed, considering that military flights were less frequent and now they are regular, with constant war training and missile tests, with a large number of aircrafts being used in such operations.

It is important to note, however, that the increased activities of NATO forces has been general and not restricted to the Arctic zone alone. Previously, on September 1, Russian fighters escorted three US Air Force strategic B-52H bombers over the Baltic Sea. The day before, August 31, a Su-27 fighter from the Russian Aerospace Force intercepted four NATO planes heading for the Russian border. In addition, in the past week, Russian fighters had to take off three times to escort a Norwegian Air Force aircraft over the Barents Sea.

NATO’s maritime presence has been equally striking. Currently, the US Navy destroyer USS Ross, armed with Tomahawk cruise missiles and the Aegis air defense system, is leading a fleet of NATO warships that entered the Barents Sea on September 7.

These ships, bases and fighter planes are part of a major military program that aims to build a complex defense system for Europe. In fact, NATO continues to prepare for an eventual war against Russia and uses increasingly aggressive maneuvers to demonstrate its military strength and capability. What is not yet clear is the reason for such an alarm for a possible war. After all, what would be Russia’s interest in a war against the West (in NATO programs, it is preparing for a possible Russian attack)? The one who shows the most hostility and does not seem to want any kind of friendly relationship with Moscow is precisely the Western alliance, and the reasons seem clear.

NATO is a military organization designed by Washington exclusively to serve American interests. The alliance was created in the Cold War, in a context of geopolitical bipolarity precisely to contain the Soviet advance and guarantee Western interests. After the end of the Cold War, what is its purpose for existence, considering that the US already enjoys the global dominance? Simply, to preserve and perpetuate such hegemony. However, American power is in significant decline, with several facts showing the emergence of a multipolar world.

Faced with this scenario, Washington, which leads NATO, is organizing demonstrations of force that are aimed simply at ensuring the West’s ability to maintain its dominance in case of a conflict or war. Thus, determined targets are chosen to be the focus of these demonstrations, such as Russia in Europe, China in the Pacific, Venezuela in the Caribbean. For each of these targets, Washington invests in the support of a geographically close countries or region, such as Western Europe in the Russian case, India in the Chinese case and Colombia in the Venezuelan case. In fact, none of these target countries has any pretensions to declare war against the US, invade Europe or anything similar. These narratives are created to justify dangerous and bold military maneuvers whose aim is simply to demonstrate force.

Especially in the Arctic, the US has a historical weakness, with Russia playing a role of regional hegemony. Washington is increasingly trying to gain space in the Arctic zone, but it cannot reverse its historical backwardness alone, thus depending on a joint NATO effort.

However, the effects of these measures are extremely dangerous. Russia cannot simply ignore the provocations, accepting that foreign forces carry out maneuvers on its border. Moscow will certainly react with similar exercises and as a result the diplomatic crisis with the US will deepen. Likewise, the role of European countries in Washington’s plans is unstable. Such military maneuvers do not favor major European interests, but many countries with lesser military potential see NATO as a possibility to increase its geopolitical relevance and then adhere to all the programs of the alliance. In the Arctic, however, all NATO efforts are unlikely to be successful, with Russian regional dominance being virtually irreversible in the current circumstances. 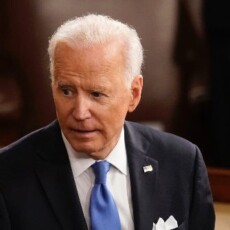