On Tuesday August 18th, I had the opportunity to talk to, be interviewed by, and brief the person described as the “main guy”, the “central investigator”, “the guy who coordinates all investigative aspects” behind the John Durham investigation. 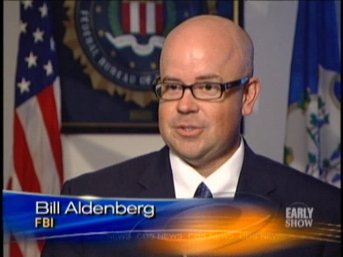 His name is William Aldenberg, and before getting to the substance of the conversation some background context is needed.

Immediately I recognized it wasn’t just any copy of the FISA application that was released by the DOJ; but rather a very specific copy of the FISA application.  What the DOJ released was the exact copy used in the leak investigation of James Wolfe.  The ramifications of this specific copy being publicly released were immediately noted, although almost everyone seemed to gloss over the issue in favor of discussing the content.

Over the course of the next several months the ramifications became more clear.  Despite overwhelming evidence James Wolfe was never charged with leaking the FISA application on March 17, 2017.  Quite the contrary, even to this day the official position of the FBI, DOJ and U.S. government is that Wolfe *did not* leak the FISA application. There’s a very big reason for that; as both myself and special agent William Aldenberg discussed.

First, in order to fill in another corner of the interview foundation it must be remembered the goal of the DOJ under former AG Jeff Sessions, despite his recusal on all things Trump, was the removal of political influence in the DOJ.  That same objective has been repeated ad infinitum by current AG Bill Barr.  This approach is why everyone in/around any issue that skirts on the investigative tissue keeps saying: “a very delicate balance is being navigated”, and “very sensitive approaches” are needed.

As expressed by almost everyone in and around the issue, any evidence that comes from inside the political silo is considered unusable.  This sets up a rather challenging approach… hence the overused “delicate balances” etc. 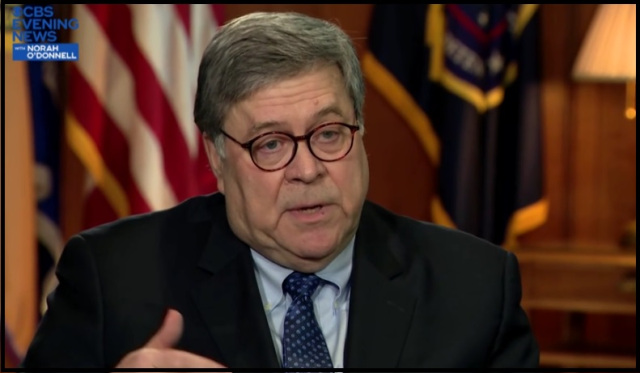 This overlay, the aggressive need not to use political information, is also frustrating.

Some are beginning to question whether it is actually a shield to justify a lack of accountability or institutional preservation.  Keep up the pressure, the concerns are valid.  The public doesn’t draw distinctions from the origin of evidence.

Regardless of whether information comes from HPSCI ranking member Devin Nunes; and/or Senators Grassley, Johnson or Graham (political silo); or from the DOJ itself via John Bash, Jeff Jensen or John Durham; the public is absorbing all it.  However, the current AG Barr instructions imply the non use of evidence emanating from the political silo in very direct terms.

After discussions with people familiar with the overall information flow I was prepared to hear about concerns of politics from the DOJ.

Exactly as anticipated lead special investigator William Aldenberg affirmed this concern multiple times.   “Did anyone on The Hill assist your assembly?” …. “Did anyone related to, connected to, or in association with The Hill; or any member or person connected directly or indirectly, aid, assist, direct or by any method ‘provide‘ any of the information we are discussing?”

Various iterations of these questions were repeated several times.

Agent William Aldenberg is a polite, courteous and friendly person.  He was well prepared with the materials prior to discussion and detail oriented on the specifics. He was everything one might hope from a solid investigator.

There was one month between first contact and our ultimate briefing/discussion on details.  He was well prepared, open and engaging.

After introductions and formalities, Aldenberg’s first question -with a rather pronounced Boston accent- was: “how did you find me?”  Again, this was not unexpected… no-one knew his role and it was completely accidental how I was able to discover him despite layers of concealment.   The silo approach was/is very effective at isolating him.

With the documents in hand to walk through and review, here is the essential story as evidenced within many seemingly disconnected public records.  This is what we discussed:

FBI Washington Field Office Special Agent Brian Dugan was given a task in early 2017 to see if he could track down and identify people who were leaking information related to national security.   Dugan used a Top-Secret Classified Information request by SSCI Vice-Chairman Mark Warner to begin a very specific leak investigation.

On March 17, 2017, Brian Dugan picked-up a copy of the Carter Page FISA application from the FISA Court.   He personally delivered that “read and return” copy to the Senate Select Committee on Intelligence Security Director James Wolfe.   Shortly after 4:02 pm that same day, Vice-Chairman Mark Warner reviewed the FISA in the senate “scif”.

It is not known if any other SSCI committee member viewed that FISA (there is a great deal of circumstantial evidence to indicate only Wolfe and Warner saw it); however, what is factually certain – is that on the same day as Wolfe and Warner reviewed the FISA, Security Director James Wolfe leaked it to journalist Ali Watkins.

Both the New York Times and Washington Post began reporting on the FISA application.

As soon as Ms. Watkins wrote an article for Buzzfeed, April 3, 2017, outlining Carter Page as “person one” in the application, Dugan knew the FISA had been leaked.

Dugan tells us in the Wolfe indictment how the leak took place.  The original FISA application is 83 pages with two mostly blank pages.  Wolfe sent Ali Watkins 82 text messages (pictures), and later that evening had a lengthy phone call about it.  Dugan put Wolfe under physical surveillance for several months as he gathered more information.

Dugan obtained enough evidence surrounding Watkins participation to gain a search warrant for her email, electronic communication and phone records.  At the same time it appears Dugan obtained the text messages between Chris Steele’s lawyer, Adam Waldman, and Vice-Chairman Mark Warner.   The dates of both captures are very similar.

After more investigative paths were followed; and after more surveillance was conducted; eventually Wolfe was confronted.  He lied three times over two dates until eventually Dugan put the direct evidence in front of him, and on December 15, 2017, Wolfe admitted to the leak.  He was fired from the SSCI.

Dugan’s delivery of the investigative file to Main Justice (mid January ’18) was the first time the special counsel knew of the totality of the investigation, and the issues with a trail of evidence going back to a serious SSCI compromise.   The special counsel group took the Dugan file apart and began providing cover for their political allies.  That’s why the Mark Warner text messages were released on February 9, 2018.

Despite recommendations and normal procedures, “Top FBI leadership”, including FBI Director Chris Wray, made decisions not to do a national security damage assessment based on the identified intelligence compromises.  The ramifications are rather stark.  Everyone was in cover-up mode.

When the Brian Dugan investigative file was returned, the evidence of the Wolfe leak was scrubbed.  Wolfe was only charged with lying three times to investigators.   Absent the indictment for the leak Wolfe’s lawyers knew they had leverage; they threatened to subpoena the SSCI senators (remember, it’s likely only Warner was a participant in the March 17th FISA review – so the real target of that threat was Senator Mark Warner).

After the threat DC U.S. Attorney’ Office, Jessie Liu, agreed to a plea deal. They dropped the three counts of lying to federal investigators down to one count while simultaneously the media ran from the story.

On December 14, 2018, WFO Special Agent Brian Dugan filed an attachment, Government Exhibit 13, to the final sentencing recommendation – and in that two page sworn statement, under penalty of perjury, SSA Brian Dugan attested to Wolfe leaking the FISA application for the final time.

The cover-up was complete.

All of the direct evidence of this series of events, and a lot more not in this written summary, is included in a series of public documents released over a period of about twelve months.  Because the documents were released out of sequence and seemingly disconnected no-one caught on to the backstory.

This evidence was directly provided to special investigator William Aldenberg who was very apt at asking questions as each document was reviewed.  By the end of our discussion there were no questions remaining; and none of it was based on supposition, innuendo, speculation or inference.

Mr. Aldenberg could not affirm or attest to the implications of the information as provided; however, he did accept the briefing was clear and articulately grounded on the evidence within the documents provided.

After answering a series of questions about how this was found; direct inquiry into the provenance; and several questions surrounding how I was able to retrieve this information into a singular timeline of sequential events that seemed disconnected over two years;  I reminded Mr. Aldenberg that SSA Brian Dugan was still employed at the FBI Washington Field Office and it should be a very simple conversation to confirm.

Mr Aldenberg and I exchanged direct contact information, and concluded our conversation.

It was always the primary objective to carry this information directly to those badges who are positioned to do something about it.  That mission is accomplished.

DOJ investigators are now aware of the issues and evidence that has remained hidden for years.  More importantly they now know that we know.

Perhaps even more importantly, none of this evidence comes from within a political silo; all of it was attained from outside the DC system; none of the more illegal activity is based on political lies; and all of issues point to a direct national security threat, including the overarching possibility of blackmail against those who are currently charged with intelligence oversight.  Lastly, all of the events to cover-up the Wolfe leak involve direct criminal conduct.

Now you know why I focused on James Wolfe.  It’s not political, it’s criminal.

Be of good cheer.

MOST OF THE CITATIONS:

The sequence is critical: 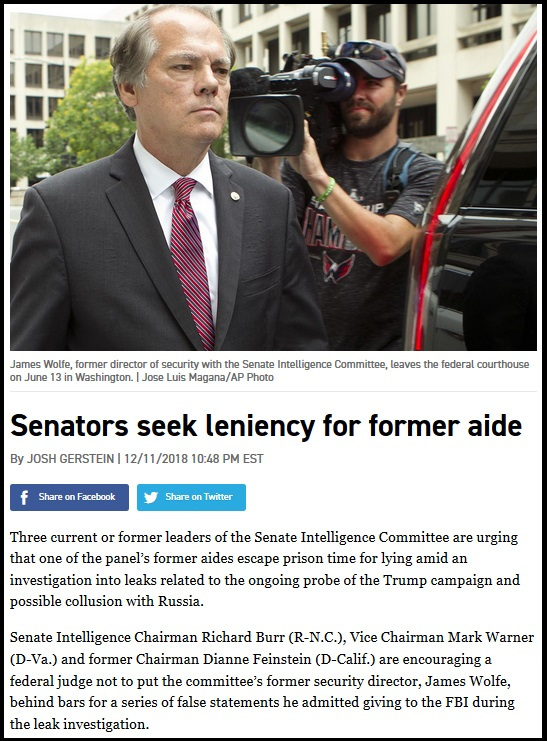 ps. Laundry is done, chores are complete, lawn is mowed, bills are paid…. and I’m going back on the road to provide more detailed in-person briefings. 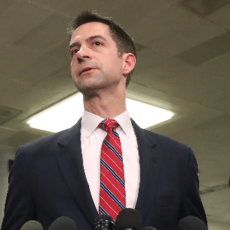 Tom Cotton: We Need to Consign the Chinese Communists to the Ash Heap of History 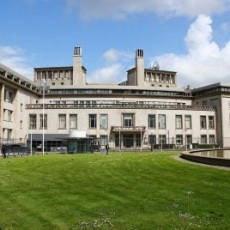