PENSACOLA, FLORIDA – Brian Kolfage, of Miramar Beach, Florida, has been indicted by a federal grand jury for an additional crime related to the filing of his 2019 income taxes. Kolfage, who faces a separate federal indictment out of the Southern District of New York for fraud and money laundering related offenses, now faces two distinct counts of filing a false tax return and one count of wire fraud related to the electronic filing of his tax return in Northern Florida.

The original indictment alleged that between January 2019 and July 2020, Kolfage engaged in a scheme to defraud the government in relation to his 2019 federal income tax returns. The charges alleged that Kolfage received hundreds of thousands of dollars from multiple organizations during 2019, including “We Build the Wall, Inc.,” which were deposited into his personal bank account.

Kolfage, a veteran, is alleged to have failed to report this income to the Internal Revenue Service.

If convicted, he faces up to 20 years’ imprisonment. 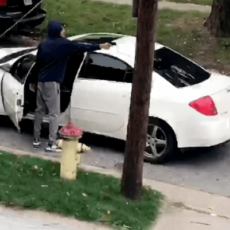 SHOCK VIDEO: Man Opens Fire on Kids Playing Basketball After They Asked Him To Slow Down

An Excellent Opportunity is Presented – Which Republicans Will Vote to Support The January 6th Commission? Force a Vote, Put Them on Record, Remove Them in 2022