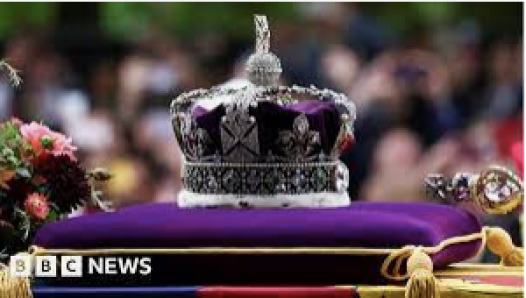 Leave your morals at the door when reading this. I am going to try to contrast two types of persons — the good the bad — without judging them morally.  Well, haven’t I already judged them by calling them “good” and “bad”? Yes, but that’s just to introduce the problem.

Problem? What problem?  The problem of our difficulty today in explaining why good people allow bad people to flourish in their midst.  Basically, it’s the problem of impunity — failure to punish. Normally I think of impunity as being the weak letting the strong off the hook, and maybe the reason for that tendency is fear, but I want to go deeper into the biology today.

So now I, too, remove my morals and put them at the door. (May pick them up again later).

Ancestors in the Animal Kingdom

There are many primate species, of which we are one.  Most anciently we are in the phylum chordata (have a backbone, like fish), then we are in the class mammalia (have warm blood and lactation), then the order primates (monkeys and apes), then the family hominidae (which includes our extinct ancestors like Australopithecus) then the genus Homo, and the species sapiens).

Each type of animal has its own characteristic innate behavior. What is characteristic human behavior?  Hard to tell, since we can make choices.  Each person has three ways to act — by instinct (including knee-jerk type), by succumbing to social pressure to conform to the culture’s rules, whatever they may be, and by deliberate, rational choice.

Because this article is about good and bad, I should say something about the instincts we have for moral and/or immoral behavior. Of course this entails my reaching into a cultural bag, as to which things we consider moral, such as a kind act of a Samaritan, or immoral like stealing. You will let me do that for the moment?  Thank you.

An instinct for doing a kind act is the mother’s natural urge to feed her baby. An instinct for doing a bad act may consist of grabbing a neighbor’s banana when no one is looking. How did such instincts evolve?  I assume they evolved in the usual way of evolution by natural selection.  Mothers who feed their baby will cause that baby to survive and reproduce the characteristic of baby-feeding.  Banana thieves will likewise fare better than non-thieves and pass thievery on down the line.

So how do we move from the position of not having a morality in our primitive society, to having one? Robert Trivers, a sociobiologist of the 1970s, proposed that we each have an instinctive method for calculating our advantage when dealing socially. We engage in reciprocal altruism, always measuring the give-and-take. This can be completely sub-rational.

Thus, If you have helped me get across the river — because you had a log to share — I will later help you fend off an attacking wolf, say.  Once humans invented culture, instinctive reciprocity gave rise to an idea of fairness — you’re supposed to help a person who helped you. The group may even institutionalize sharing: each person pays a tax and each can draw on some benefits.

But I am more interested in badness. Two issues that have engaged me lately are the vaccination genocide and child sex-trafficking. I never see anyone get punished, even though several pertinent crimes are on the books, and plenty of police are on duty.

There are hundreds of articles on the Internet about why the baddies keep evading punishment. Typically, the articles (including mine) engage in handwringing. Why oh why don’t the cruel pedophiles end up in jail?  Why don’t professionals, such as doctors or hospital administrators, lose their job for giving jabs of poison?

We have been reaching such “brilliant” conclusions as: 1. the media have brainwashed the public to believe that pedophilia is not really happening and that the jabs are healthy. 2. that big politicians protect all those under them from getting indicted. or 3. that we who wish to act against them fear, deep down, that we will get impoverished, smeared, or killed. “So let’s not.”

I have just been reading Joachim Hagopian’s amazing book “Pedophilia and Empire, vol 2: the United Kingdom.” It emphasizes the massive institutionalization of child abuse by persons in the upper ranks of society. He even goes so far as to suggest that an upper-class kid is abused, say at boarding school, as part of his training to do the same himself.

Hagopian also sees bonding, within Britain’s upper class, as requiring that members participate in child sex and child murder (at least on ritual occasions). It’s for the sake of bonding. Something similar is known in the US in the Skull and Bones fraternity.

Because of this — and as I said with my morals at the door — I now want to entertain the idea that this predatory practice is “OK.”  Don’tcha be yelling at me, thinking I will now make kids’ situation worse, and make impunity more common, by offering the justification that it’s natural to abuse children. (Maybe it is — we can discuss that later.) No, I want to see how the perps can categorize what they are doing as good — I’m sure they do so.

(Note: there are some pedo’s in the lower ranks of society who have a sexual addiction which they deal with by denying it.  I mean they are actually “in denial,” not just lying to the cops about what they were doing.  But I won’t deal with that here. I am looking at guys with hubris.)

Seeing the Bad As Good

At the present time, sex trafficking of kids is said to be a billion-dollar industry. Thus, some features of its operation would tend to be manned like the mafia is manned — by helpers: hitmen, getaway car drivers, etc. The police have to be in on it, too, and prosecutors have to be in on it.

In Australia, I have seen with my very eyes that judges are in on it. Or should I say out of it. They act like they don’t see it and so let the criminal go free. See my two books on this subject: Reunion: Judging the Family Court, and Deliverance, which is about pizza-gate and pedophile priests. Note that the highly prosecutable pizza-gate pedophiles are all at large, but the priests in some cases are “doing time.”

Here is my new thesis: For an ambitious person, getting ahead is the big prize itself. And once one is ahead, mixing with one’s betters is also a sought-after state. There is pressure to look good.  There is pressure to conform to whatever norms that small group has cooked up.

I can’t honestly claim that the behavior of abusing children sexually was one of the original steps in the formation of the British upper class. I don’t know if it was or not. (I also don’t know if it was introduced by a related Jewish practice, such as of the Sabbatian sect — we can look at that another day.) But today, from Buckingham Palace on down to 10 Downing St and on down to Whitehall, the abuse of children is a feature of the culture.

The Ethology of a Big Guy, by Lionel Tiger and Robin Fox

Writing in 1971, before the term “sociobiology” was coined, anthropologists Lionel Tiger and Robin Fox tried to explain human social behavior biologically.  I will now display some of their work that connects modern behavior back to the days when we were hunter-gatherers. This is from their book, The Imperial Animal, pages 58-59 and 138-141, much abridged:

“All social acts are patterned. They are major regularities of the species — of any species. They can be called bonds.  What dogs feel for their masters is an example of what bonding is about. That we will bond at all is “part of the wiring.” Our interactions are as non-random as the shape of human heads and the rate of people’s metabolism. Some regularities determine how people live gregariously, with whom, and why….

“A species can get by without much social bonding. [In] flocks and herds, one individual is by and large substitutable for another.  A true social system begins when animals respond differentially to other members of the species as individuals, for relatively permanent interactions.

“Though outlaw and small businessmen differ in what they do, there are similar units in their behavior [explainable by out hunting past].  They maneuver about position, tactics and the spoils, the estimation of value — and no creature is vainer and more sensitive to his reputation than an outlaw or entrepreneur.

“It is the big wheels who deal.  The bosses hunt and calculate, risk and fight, threaten and accommodate. In the big corporation, the executive “does” things, he doesn’t work. He is paid by the year not the hour. The executive can take a place in the old hunting program; he can enjoy often hazardous decision-making.

“His employees are to the executive as bullets, horses, and hardtack are to the outlaw. He eats in a separate dining room to preserve the thick sese of power the sleek dominant males at the center of the hierarchy create like some electric current. He votes himself stock options and gives himself cars and expense accounts.

“He is part of a benign and splendid group, but he was not born into it. It can be taken away from him with all the money and trappings. He must be at the front line all the time because the prey is fat and delicious. Those who help him hunt the prey are ones whom he must constantly impress and who could turn on him.

“In sum: once the hunting-outlaw-business band turns into the large impersonal corporation, the glories and penalties of the predator become the province chiefly of the dominants.

“What is important is not only how the system creates and distribute wealth but also how they allocate the right to behave in certain crucial human ways.”  — end of quote

I said I would talk about seeing the bad as good.  When man was a hunter, he must have seen all those hunting behaviors as good. But he did not have to talk about its being good; it was just the done thing — mainly instincts over which he had no control. In the later picture, as sketched by Tiger and Fox, the instincts are still there.

I think back to the child abuse that went on at Queen Victoria School, located near the Dunblane School where 16 kids were shot dead. The Housemaster wrote to the parents of his 50 boys to warn them that he had noticed some “trafficking.” That is, on Friday evenings he saw wealthy people come and take the kids home for the weekend. The parents did not respond; I imagine because they wanted their sons to be groomed as part of the way up. And soon the Housemaster lost his job.

As regards the later death of the not-upward-bound kids at Dunblane School, a member of Parliament, Lord Burton, told The Scotsman that the “Skeptical Society” which contained judges, was responsible. Don’t worry, I don’t forgive the persons who did the massacre. But note that it has been 26 years, and no one has been punished.

This is the first article in a series. Personally, I think the pedophilia problem is going to be licked, and soon. Part 2 will use the work of Joachim Hagopian, to compare the British and American set-ups. Part 3, God willing, will be about the crimes of the pandemic.  A general theme of the series is the biology of impunity.

Please criticize me, even in regard to trivial errors.  We need to get this business straightened out.

Here be a link to a fascinating page of criticism about the 1996 Dunblane massacre. 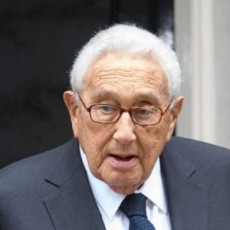 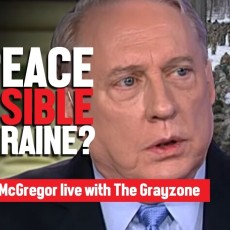 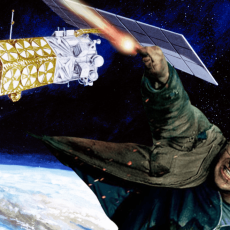