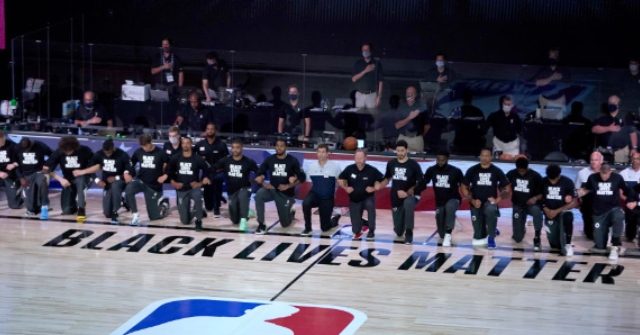 The Milwaukee Bucks say they won’t play Wednesday’s playoff game, and other players are mulling an NBA boycott over the police-involved shooting of Wisconsin man Jacob Blake.

On Wednesday afternoon, the Bucks refused to come out of their locker room to play game five of their series with the Orlando Magic because of the Blake incident.

The Magic were seen on the court throwing some practice shots, but according to the Milwaukee Journal Sentinel, the Bucks stayed in their locker room and said they would not come out.

Game balls are being put away, as the Bucks decide to boycott game 5 against the Magic. pic.twitter.com/Cy32q2CJH7

“We’re tired of the killings, and the injustice,” Bucks player George Hill told The Undefeated’s Marc J. Spears on Wednesday.

The feeling is reportedly spreading far and wide. According to a report at Sports Illustrated, some of the loudest, most politically woke players are beginning to realize that athletes don’t have the power to “change” things as they imagined.

For instance, Toronto Raptors player Fred VanVleet wondered if all the wearing of Black Lives Matter t-shirts was doing anything at all to affect change.

“It’s just starting to feel like everything we’re doing is just going through the motions. Nothing’s changing.,” VanVleet said on Monday, according to SI.

“At what point do we not have to speak about it anymore?” VanVleet added. “Are we going to hold everybody accountable, or we’re just going to put the spotlight on Black people, or Black athletes, or entertainers and say, ‘What are you doing? What are you contributing to your community? What are you putting on the line?”

“Do we actually give a fuck about what’s going on, or is it just cool to wear ‘Black Lives Matter’ on the backdrop, or wear a T-shirt? Like, what does that really mean? Is it really doing anything,” the Raptors guard exclaimed. “[A]t the end of the day, if we’re going to sit here and talk about making change, then at some point we’re going to have to put our nuts on the line and actually put something up to lose, rather than just money or visibility. I’m just over the media aspect of it. It’s sensationalized, we talk about it every day, that’s all we see, but it just feels like a big pacifier to me.”

Other players have also been questioning their effectiveness. Boston Celtics players Marcus Smart and Jaylen Brown had also voiced frustration that everything athletes are doing has been pointless and expressed support for boycotting the games.

Smart recently insisted that “Right now, our focus shouldn’t be on basketball,” And Brown exclaimed that he wants to “protest.”

I want to go protest 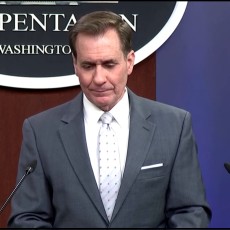