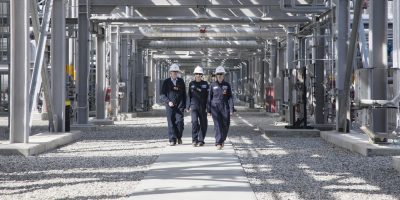 A federal judge in Houston late yesterday approved an incentive package worth up to $57 million for top executives as part of bankruptcy proceedings for oil giant California Resources Corporation.

Nine executives with the company, which is California’s biggest oil and gas producer, would get the high-dollar payouts if they meet certain metrics over the next year as part of CRC’s Chapter 11 bankruptcy claim, filed last month.

The potential executive payouts are nearly double the $29 million in back taxes the company owes to Kern, Ventura and Orange counties. In all, the state’s largest driller is seeking bankruptcy protection to wipe out more than $5 billion in debt and equity interests.

“After laying off hundreds of workers, polluting California’s environment and failing to pay taxes, CRC is piling execs into a luxury getaway car and stepping on the gas,” said Hollin Kretzmann, an attorney at the Center for Biological Diversity. “If company officials have the money for big-bucks incentive payments, they can pay their taxes and do environmental cleanup. It’s time for Gov. Newsom to step in and prove he’s with Californians over fat cat polluters.”

The Center has called on Gov. Gavin Newsom to intervene in the company’s bankruptcy proceedings to ensure it sets aside enough money for well cleanup.

CRC and its affiliates operate approximately 18,700 wells in California, which could cost more than $1 billion to properly plug, according to the Institute for Energy Economics and Financial Analysis. Of these 7,826 are already “idle,” which means they’ve produced no oil in the past two years.

So far in 2020, Gov. Newsom has issued more than 500 permits to CRC for drilling new wells, reworking existing wells and other dangerous activities.

Mitch McConnell: Democrats Want to ‘Rig the Rules of American Elections Permanently’ in Their Favor 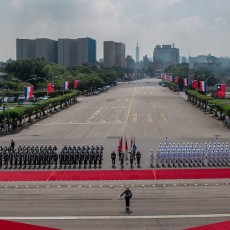 As China’s Shadow Lengthens, The United States Must Help Taiwan Prepare To Defend Itself 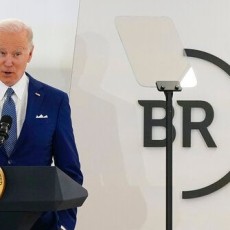 Joe Biden: Vladimir Putin’s ‘Back Against the Wall’ and Preparing ‘Consequential’ Cyber Attack and Chemical Weapons