Recently, the US, Japan and Taiwan publicly criticised China for her Taiwan ambition. However, no country really wishes to confront China directly. Although Australia is located near East Asia, it has always stood with Western nations and has no interest in the China-Taiwan conflict. In addition, Australia is no match to China’s military might. Although capable of taking on China militarily, Japan has no courage to offend China because of China’s nuclear weapons. Japan lashed out at China because Japan wishes to have a bigger role in the UN to gain permission to own nuclear weapons. The United States, situated far from East Asia, hoped that Asian countries like Japan and India would take up the responsibility in maintaining peace in the region, but Modi does not wish for India to drag into China’s conflict. China’s recent showcase of its submarines in public was a flex of muscle activity to warn the United States and Japan not to interfere. China has successfully held United States’ economy hostage by threatening to stop accepting US dollars. If China stops using US dollars, US dollars will crash and lose their dominance.

China had signed a huge contract with Saudi to trade oil with digital yuan. China also had critical expertise in nano computing technology and had stolen much of the US new generation of battery technology and renewable energy technology. With all these in place, Chairman Xi thinks he can challenge the US for dominance. Moreover, chairman Xi enjoys a great rapport with Putin, and the two of them have been scheming on how Xi can take over Asia and Putin to be the leader of Europe.

Evergrande has 9 trillion dollars of external debt, spreading throughout the US and Europe. Evergrande, RongChuang, Fu Li, Wanda, four big families of Hong Kong, etc., had been buying and loaning from one another, using accounting sleight of hand to inflate valuation worth these companies. Once these companies declare bankruptcy, many of the world’s financial institutions, who are incestually intertwined with them, will be badly affected, causing a domino effect on the world economy. Many of the CCP senior officials’ money is held in UBS bank, and it is found that their money isn’t affected by this Evergrande incident. CCP made sure only fools who invested in companies like Evergrande were left to bear the grudge of the collapse. China businessmen like Xu Jiayin and Jack Ma are considered prostitutes in the eyes of the CCP. Many of these businessmen’s wives and lovers were forced into having sexual acts with CCP officials. Only the western world took these cuckolds seriously and tried to make deals with them. Miles is afraid that the ordinary citizens of China will have to pay for all the evil doings of CCP for generations. 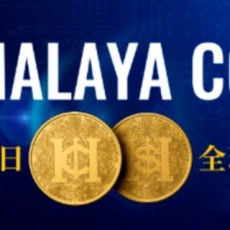 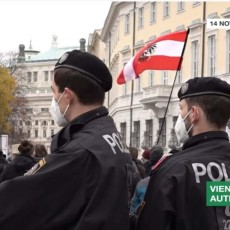 Austria rises up against “health dictatorship”