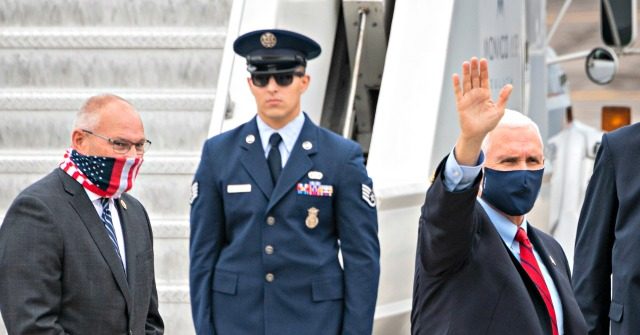 Pence said that Biden’s economic policies would harm America’s manufacturing jobs and prevent an economic recovery as the country begins to come back from the coronavirus pandemic.

In contrast, Pence charged, he and Trump helped created 500,000 manufacturing jobs “across America” during his first term in office.

Pence said that Republicans in Michigan are gaining momentum ahead of the 2020 elections. He said that a poll released on Friday shows that Trump is leading Biden and that Senate Republican candidate John James is leading Sen. Gary Peters (D-MI).

Pence noted that the Trump-Pence administration has worked hard to cut taxes, cut regulations, and create the world’s greatest economy.

He added that they have already built 300 miles of wall along the southern border. Pence said that with “four more years,” “we’re going to build it all.”

Pence said that “rioting and looting” is not “peaceful protest.”

He said that Biden has declared that America is “systemically racist” and that law enforcement has “implicit bias against minorities.” He noted that Biden has come out in favor of defunding the police.

“We will always stand with the men and women of the thin blue line,” Pence said.

“Law and order is on the ballot,” he added.

Pence said that the Republican Party will stand for faith, family, whereas the Democrats will put America on a path to “socialism and decline.”

Pence said at the Minnesota event that this election is a “choice between we allow Joe Biden and the Democrat party to advance a socialist agenda … or we stand and fight for the American Dream.” 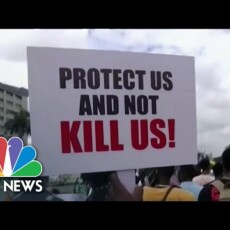