“It is an honor to speak to you tonight from the hallowed grounds of Fort McHenry,” Pence said, opening his speech. “The site of the very battle that inspired the words of our national anthem.” 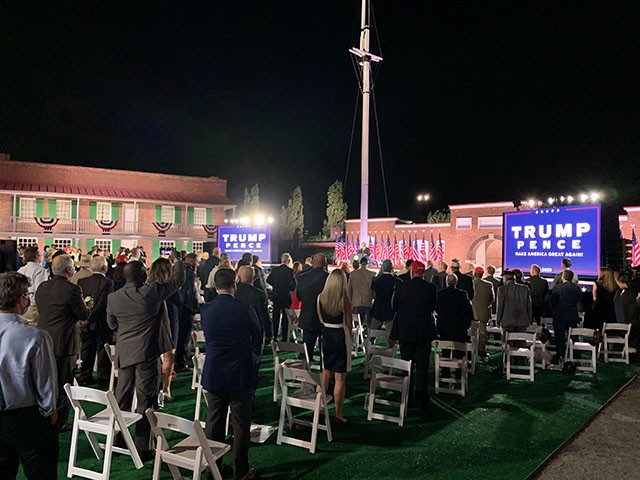 Pence began his speech as he accepted the nomination to become Trump’s vice presidential candidate.

Laura Schlapp, a Pence aide, told Breitbart News in an exclusive comment, “Vice President Pence is honored to be accepting the Republican nomination at this historic site during a critical moment in our nation’s history, as Americans vote for American freedoms.” 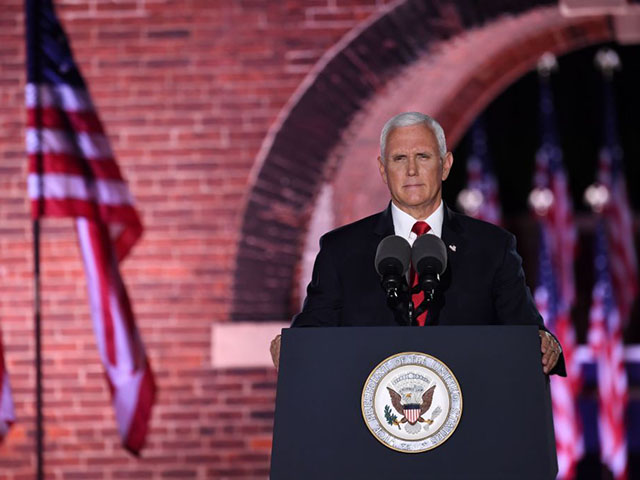 Pence spoke at Fort McHenry, which serves as a symbol of America’s resiliency and heroism during its infant years after the country declared independence from the British empire.

“It was on this site 206 years ago when our young Republic heroically withstood a ferocious naval bombardment from the most powerful empire on earth,” Pence continued. “They came to crush our revolution, to divide our nation, and to end the American experiment.”

Rather than have America’s seamen be subjugated and forced into the British Navy, the United States declared war on its former ruler, setting off the War of 1812.

Baltimore served as one of the major ports during the early 19th century, and Britain hoped that capturing the city would cripple America’s resilience and force a treaty with the British empire to end the war.

Francis Scott Key, a young “poet-lawyer,” witnessed the bombarding of Fort McHenry while on an American truce ship in the Patapsco River. The morning after, he saw his country’s flag flying over Fort McHenry, and it inspired him to write the “The Star-Spangled Banner.”

America, still a fledgling nation at the onset of the War of 1812, fought overwhelming odds and fought for its sovereignty and freedom.

Pence’s speech at Fort McHenry is emblematic of the third night of the Republican National Convention, which honors American heroes and their contributions to America’s legacy.

The third night of the Republican National convention features Americans who will share their heroism and addition to the American fabric.

Pence’s speech also serves as part of the Trump-Pence campaign pitch that, under a second term, America can go back to the dynamic economy the country experienced during the first three years of the Trump administration.

Pence said during his speech, “Despite unrelenting opposition and obstruction from the Swamp in Washington, we built the greatest economy in the world. We made America great again!”

That’s why the White House has pitched the post-coronavirus recovery as the “Great American Comeback.”

Before President @realDonaldTrump, America was witnessing the slowest “recovery” in decades.

On his watch, the Great American Comeback from COVID-19 is already underway.

Trump gave a Memorial Day address at Fort McHenry in 2020, honoring fallen military members and compared their contributions to those service members who continue to fight the coronavirus.

Pence also struck a contrast between Trump and former Vice President Biden, noting that Biden presided over the worst economic recovery since the Great Depression.

The vice president asked rhetorically, “On November 3, ask yourself, who do you trust to rebuild this economy? A career politician who presided over the slowest economic recovery since the Great Depression? Or a proven leader who created the greatest economy in the world?”

He continued, “In these challenging times, our country needs a president who believes in America, who believes in the boundless capacity of the American people to meet any challenge, defeat any foe, and defend the freedoms we all hold dear…America needs four more years of President Donald Trump in the White House!”

As Democrat-run cities continue to become ravaged by rioters and anarchists, Pence charged that Biden’s pledge to defund the police will result make every American unsafe.

“Joe Biden says America is systemically racist, and that law enforcement in America has a quote ‘implicit bias’ against minorities,” Pence said.

He added, “And when asked whether he’d support cutting funding to law enforcement, he replied, ‘Yes, absolutely.’”

In contrast to Biden, Pence said, “President Donald Trump and I will always support the right of Americans to peaceful protest, but rioting and looting is not peaceful protest, tearing down statues is not free speech. Those who do so will be prosecuted to the fullest extent of the law.”

He continued, “The hard truth is, you won’t be safe in Joe Biden’s America. Under President Trump, we will stand with those who stand on the Thin Blue Line, and we’re not going to defund the police — not now, not ever.”

Pence charged that Americans have entered through a “time of testing” and that we will have a “time for choosing.” He said that America stands at a “crossroads.”

“President Trump set our nation on a path to freedom and opportunity from the very first day of this administration. But Joe Biden would set America on a path of socialism and decline,” the vice president said.

As the vice president began to wrap up his speech, he charged that as the country continues to be tested through the coronavirus pandemic and other challenges, America will continue.

“My fellow Americans, we are going through a time of testing,” Pence said. “But if you look through the fog of these challenging times, you will see…Our flag is still there. That star-spangled banner still waves o’er the land of the free and the home of the brave. From these hallowed grounds, American patriots in generations gone by did their part to defend freedom. Now it’s our turn. So let’s run the race marked out for us. Let’s fix our eyes on Old Glory and all she represents, fix our eyes on this land of heroes and let their courage inspire. Let’s fix our eyes on the author and perfector of our faith and freedom, and never forget that ‘where the spirit of the Lord is, there is freedom.’ That means freedom always wins.”

At the end of his speech, Trump and first lady Melania Trump arrived and sang the national anthem with country music star Trace Adkins. 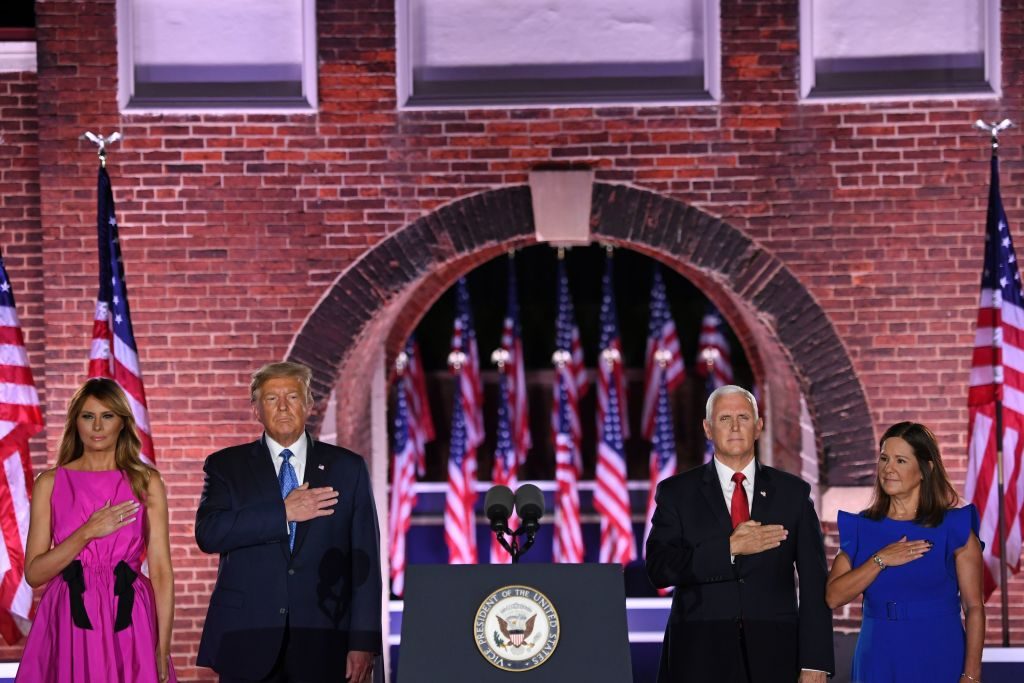 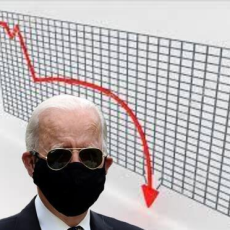 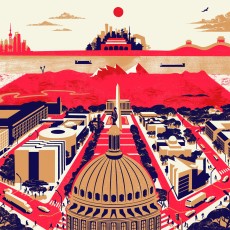 Broadcast|Bannon Believes Only the Chinese Can Overthrow the CCP (Video) 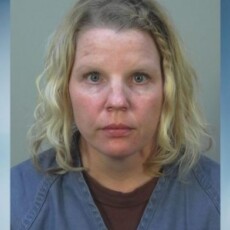