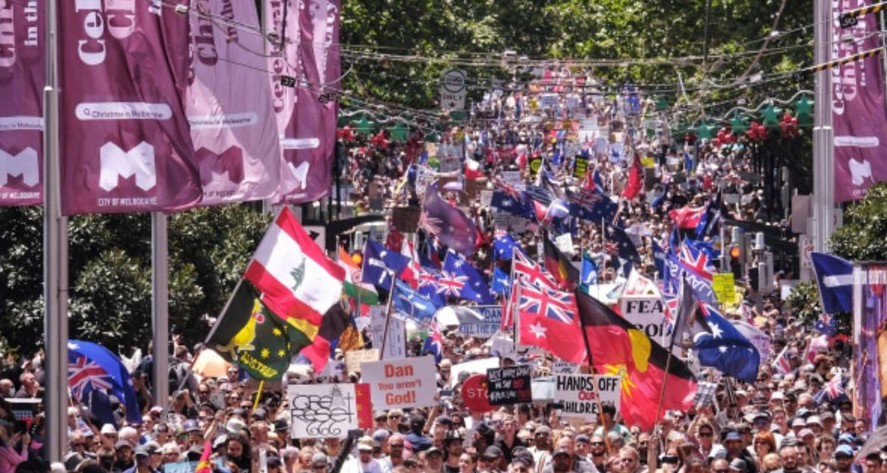 I was at the protest today. It started with a collection of drummers on Bourke street. At first, it seemed a fairly small crowd, but as the people started to move it grew… and grew. I tried to look for Diane De Vere in her orange hat, but the search was in vain as the crowds stretched back block after block. I circumvented some of the streets and arrived at Treasury Gardens ahead of the march. I was there on the corner for about 45 minutes as the people entered the gardens.

I met some wonderful people — ordinary people — that were never concerned with politics before, but have now become acutely aware that their freedoms are at stake. They were both labor and liberal, but it seems they’d rather have Riccardo Bosi in a position of power now. I spoke to a Channel 7 street reporter and questioned him on the vaccines. He had no idea that over 18,000 deaths have been reported on the CDC site. And he didn’t seem to think that was a problem. What?

I didn’t bother to film much, as they are so many cameras rolling constantly — many reporting live. But I have posted one amazing video below by Discernable. Discernable captured a time-lapse of over 39 minutes of the march going by in Bourke street — and then sped it up over 10 times. (I spotted myself at the head of the crowd at 4 seconds on the video on a bicycle with thick tyres and a white helmet).

I believe the crowd was bigger as many did not march and waited patiently at Treasury Gardens for the rally to arrive. It was hugely encouraging to see so many people awake to the BS. And the latest comment (below the video) sums up the day.

Wanna see diversity? Nothing brings the country together like a tyrannical government. Well done Dan and your cohorts. You succeeded in uniting Australians. Bet you didn’t think it would be this way though. 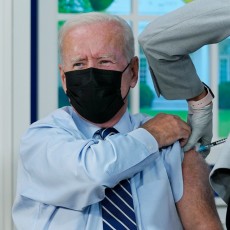 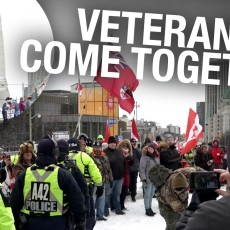