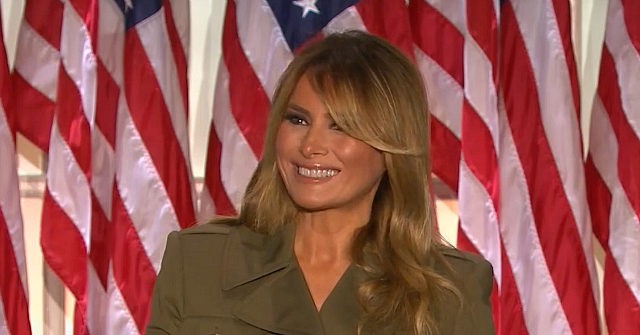 First lady Melania Trump on Tuesday urged Americans to cease rioting and looting in major cities in the name of justice.

“I urge people to come together in a civil manner so we can work to live up to our shared American ideals,” Melania Trump said. “I also ask people to stop the violence and looting being done in the name of justice and never make assumptions based on the color of a person’s skin.”

The first lady spoke as violent leftists continued rioting, looting, and burning down buildings in Wisconsin to protest the shooting of Jacob Blake by police officers in Kenosha. She spoke about reflecting on the racial unrest during the summer over the death of George Floyd, urging all Americans to come together and learn from each other.

“With that in mind, I’d like to call on the citizens of this country to take a moment, pause, and look at things from all perspectives,” she said. “I urge people to come together in a civil manner so we can work to live up to our shared American ideals.”

The first lady delivered her speech live in the Rose Garden at the White House with about 50 friends and supporters in attendance.

Melania Trump chose not to attack Democrats in her speech, citing the need to bring the country together at a divisive time.

“As you have heard this evening, I don’t want to use my precious time attacking the other side because, as we saw last week, that kind of talk only serves to divide the country further,” she said.

The first lady praised her husband Donald Trump for working to secure the United States as president.

“Donald wants to keep your family safe. He wants to help your family succeed,” she said. “He wants nothing more than for this country to prosper, and he doesn’t waste time playing politics.”

She thanked Americans for giving her husband a chance by voting him into office in 2016 and promised more of the same if he is reelected.

“Donald Trump has not and will not lose focus on you. He loves this country, and he knows how to get things done,” she said. 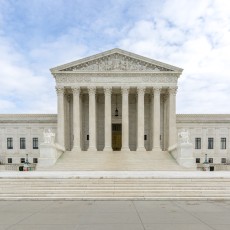