Joe Biden and Kamala Harris have a problem. They know it, the media knows it, everyone knows it.

For three months they have ignored the deadly rioting that spread across the nation’s cities on both coasts and in between. They insisted that what we were seeing was “mostly peaceful” protests and that Donald Trump and his evil allies were defaming decent Americans who just want social justice. Now they want to denounce these riots, but there is a problem: Harris is a financial supporter of the rioters she now claims to denounce. 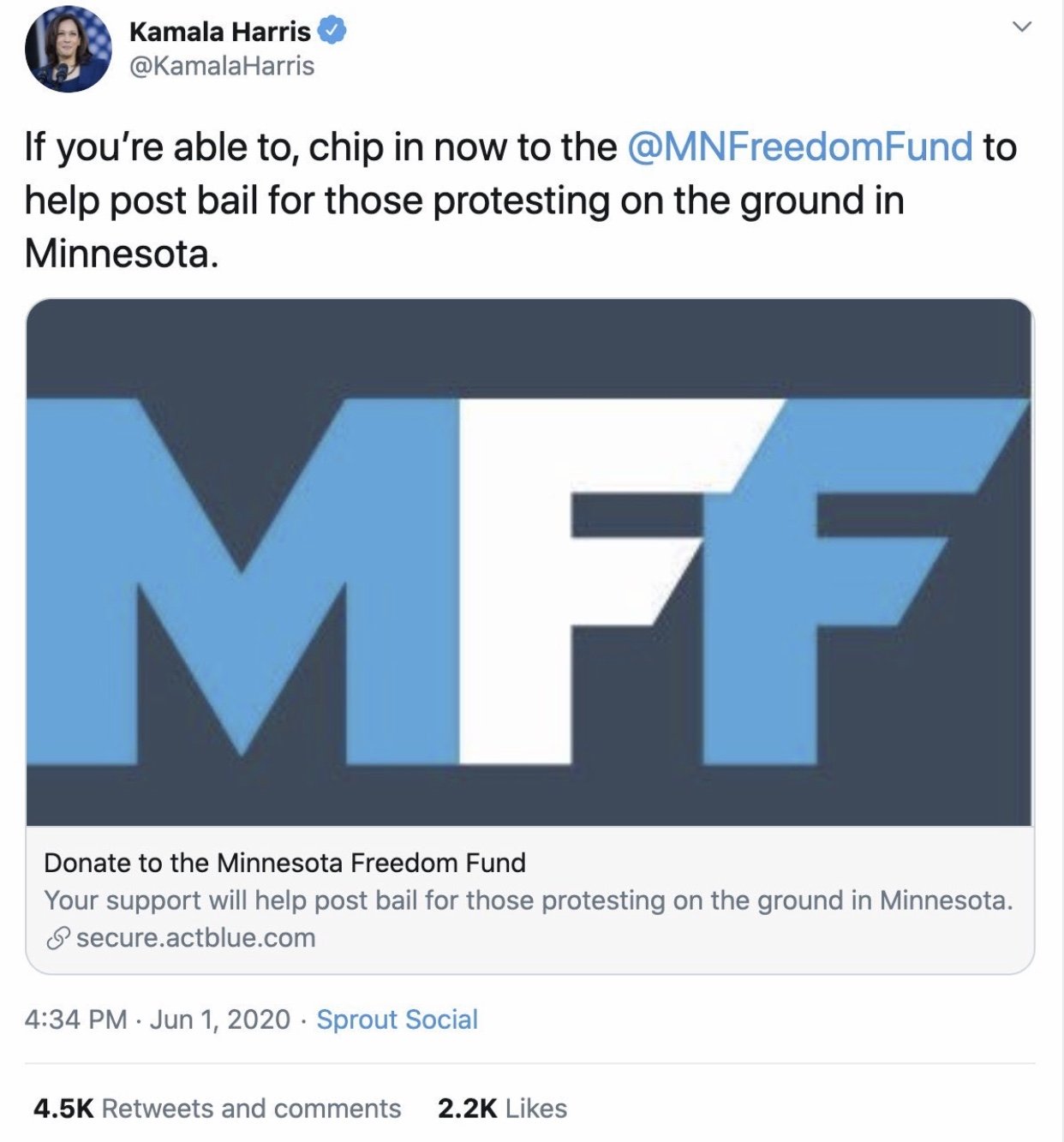 Yes, that’s right, the Democrats’ vice presidential candidate was a huckster for a bail fund that sought to free violent criminals who were rioting on the streets of Minneapolis, and she was very effective at it. In the wake of deadly fires and looting, Harris asked her five million plus Twitter followers to donate money to bail out the “protesters” arrested in the riots. Let’s meet a few of the beneficiaries of her largesse, shall we?

Fox 9 News in Minneapolis did the research for us. Here are a few of the criminals they found Harris did a solid for.

Among those bailed out by the Minnesota Freedom Fund (MFF) is a suspect who shot at police, a woman accused of killing a friend, and a twice convicted sex offender, according to court records reviewed by the FOX 9 Investigators.

According to attempted murder charges, Jaleel Stallings shot at members of a SWAT Team during the riots in May. Police recovered a modified pistol that looks like an AK-47. MFF paid $75,000 in cash to get Stallings out of jail.

Darnika Floyd is charged with second degree murder, for stabbing a friend to death. MFF paid $100,000 cash for her release.

Kamala Harris and her friends in the corporate media, otherwise known as the propaganda arm of the Democratic Party, will pretend this never happened and they are counting on voters to be too ignorant to know that it did. Harris was so eager to be on the rioters’ team that she literally raised money for them in the hopes that they could be released and foster further mayhem.

That on its own would be bad enough. But the fact that she is now attempting to pretend she was against all of this violence, and looting, and arson, and destruction from the get go is an insulting joke. Did Harris really think that peaceful protesters obeying the rules were the ones arrested in Minneapolis? Of course she didn’t. She just assumed that justifying the unrest would help Democrats’ political chances. Now that this has been shown to be false, she is trying to change her position. It’s way too late for that.

The American people aren’t stupid, they know exactly where Joe Biden, Kamala Harris and the Democratic Party stood on the riots. They stood side by side with the rioters. That they have now cynically come to regret that position is, I suppose, a good thing. But it does not erase the harm done in lives, property, and opportunity that their approval of rioting did. We know whose side they were on, and it wasn’t the police. The American people will not forget that. 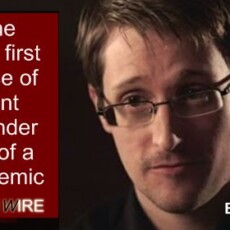 Edward Snowden on US Politics, Privacy and Technology’s Threat to Democracy [Video] 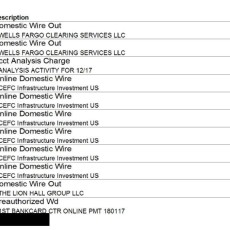 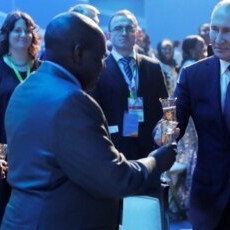