BOYNTON BEACH, Florida — A man in Florida was captured on video clinging to the hood of a moving semi-truck Saturday. The incident happened around 1:00 PM local time.

Witnesses say a driver began acting strangely before exiting his car and climbing onto a concrete median. The crazed man the reportedly jumped onto the hood of the moving truck while pounding his fist on the windshield.

The driver of the big-rig continued to drive for nearly ten miles while jerking his steering wheel in an apparent attempt to knock the man off.

Eventually a trooper caught up with the truck and the man was removed unharmed. Police say the man was taken to a hospital for a mental evaluation. It was unclear if any charges were filed. 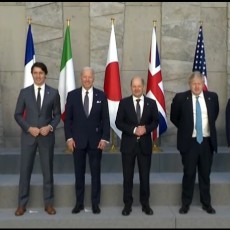 There Is Something Very Troublesome About the Western Govt, Post-COVID, Rules-Based Order 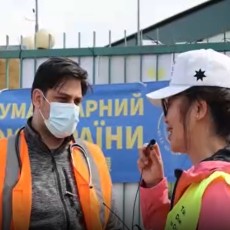 ‘How Could We Get This Wrong?’: Texts And Emails In Palin Defamation Lawsuit Show NYT Editorial Negligence