The minute order filed by Judge Emmet Sullivan outlines a protracted time-frame for the next sequence of events in the case against Lt. Gen. Michael Flynn: 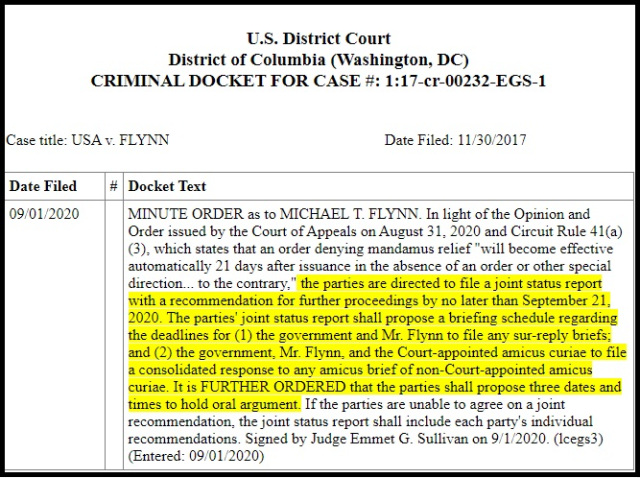 As noted in the order, Sullivan is now telling the DOJ and Flynn defense to file a joint status report outlining their “recommendation for further proceedings” by September 21, 2020.  From there a briefing schedule which will require both parties to respond to Sullivan’s personal amicus (Gleeson), and additionally respond jointly to any other amicus not ordered by the court.   Lastly, Sullivan is requesting three dates for oral arguments.

In essence, despite his ability to quickly convene the parties to settle all matters before the court; which includes the unopposed motion by the DOJ and defense to drop the case; Sullivan intends to drag this case out as long as possible and use the amicus as a tool forcing responses from both parties (DOJ and Flynn).  So much for the “quick dispatch” outlined within the DC Circuit opinion, this case is going on for several more months.