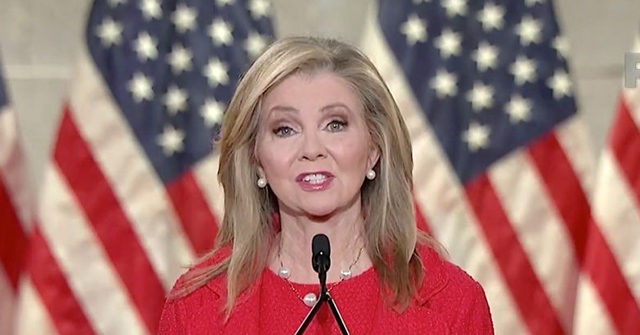 Sen. Marsha Blackburn (R-TN) delivered a pointed message to progressives pushing “cancel culture,” warning them that they will never “cancel” our country’s heroes in law enforcement and armed services, despite their relentless attacks and mounting protests.

Blackburn embraced Wednesday’s convention theme, “A Nation of Heroes,” acknowledging those all around us — from health care workers to church members. But she used her speech to pay tribute to a specific group of heroes — heroes left-wing activists refuse to acknowledge.

“But tonight, I want to talk to you about another kind of hero. The kind Democrats don’t recognize, because they don’t fit into their narrative. I’m talking about the heroes of our law enforcement and armed services,” Blackburn said.

“Leftists try to turn them into villains. They try to ‘cancel’ them. But I’m here to tell you that these heroes can’t be canceled,” she said, mentioning her father who served in the Army in World War II.

“When he came home he put on another uniform and, for thirty years, volunteered to help our underfunded Sheriff’s department,” she said. “I’m reminded of him whenever I see compassion and selflessness in others.”

When I see law enforcement officers put their lives on the line every single day to keep our communities safe, in spite of the hatred thrown at them. When I see the heroes who volunteer to serve our country — putting their lives on the line for our freedom. Many of those heroes call Tennessee home — we could not be more proud of the brave men and women of the 101st Airborne Division at Fort Campbell. The common thread between them is a deep-seated desire to serve a cause larger than themselves. They don’t believe their country owes them anything. They believe they owe their country, and their fellow man.

“As hard as Democrats try, they can’t cancel our heroes. They can’t contest their bravery, and they can’t dismiss the powerful sense of service that lives deep in their souls,” she said, reminding viewers of the left’s efforts to defund the military, police, and U.S. Immigration and Customs Enforcement (ICE).

“Joe Biden, Kamala Harris, and their radical allies try to destroy these heroes, because if there are no heroes to inspire us — government can control us,” she warned.

“They close our churches but keep the liquor stores and abortion clinics open. They say we can’t gather in groups at church, but encourage protests, riots, and looting in the streets,” she said.

Democrats would “keep you locked in your house until you become dependent on the government for everything,” she added. “That sounds a lot like Communist China to me — maybe that’s why Joe Biden is so soft on them — why Nancy Pelosi says that ‘China would prefer Joe Biden.’”

Trump, however, has continued to champion America’s military and police heroes, she continued.

“And I hope you will stand with me as we send him back for four more years with a clear message to the Democrats,” she said. “You will never cancel our heroes.” 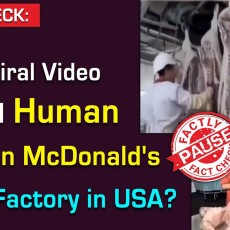 Why I don’t eat at McDonald’s. Human meat in their products was a real issue 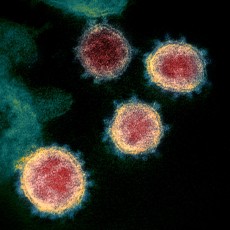