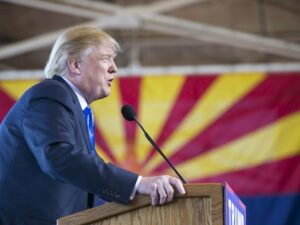 [Full Background Here] After a few months of back-and-forth legal battles between the Arizona state senate and the Maricopa County board of supervisors, the ballots in Arizona’s most populous county are going to be audited beginning in approximately one week, April 22nd.

However, it is my opinion the Board of Supervisors is intentionally trying to set up an issue with chain-of-custody to nullify the results of the audit.

Maricopa County officials refused to allow the audit to take place in the tabulations center where the ballots are currently stored {Go Deep}.  As a result the ballot audit will take place at the Arizona Exposition and State Fairgrounds.  The auditors are trying to be as transparent as possible knowing the outcome, if it turns out as predicted to find significant fraud, will be legally challenged.

The auditors are allowing any person who lives in the county to be a participant in the physical audit and re-canvassing.  The auditor are being proactive toward establishing transparency and legitimacy; however, the county board of supervisors appears to be operating with an intent to undercut the audit results.   [You can follow the audit on Twitter Here] – [You can apply to assist the audit HERE]

The Maricopa Audit is critical.  It could be the first step in revealing any election fraud; and the consequences of the audit could then trigger other state legislatures to do a similar physical ballot audit and re-canvass.   The leftists know the importance of this Arizona audit; and it is with that in mind I find it very suspicious they are intentionally forcing the auditors to move the physical location of millions of ballots.

Some in Arizona have the same concern.  Note this letter:

Arizona Revised Statute 16-624(A) states, “After the canvas has been completed, the officer in charge of elections shall deposit the package or envelope containing the ballots in a secure facility managed by the Maricopa County Treasurer, who shall keep it unopened and unaltered for twenty-four months for elections for a federal office or for six months for all other elections, at which time he shall destroy it without opening or examining the contents.”

We read Judge Thomason’s order, which states, “The County claims it has not stored the ballots with the Maricopa County Treasurer as required “because of ongoing litigation.” The County states that it will deposit the ballots in the Treasurer’s vault, “as the law requires,” only after litigation concludes. It is unclear why the County feels justified in violating the law simply because litigation is pending, but claims that it cannot violate the law by complying with the Subpoenas.”

We the People, demand the audit be conducted in the Maricopa County Tabulation and Election Center (MCTEC) where there are IP addresses, internet connectivity, nest cameras, modems, and routers (and all the data in them) from “the scene”. We should NOT disengage all of that and attempt to recreate it in another location – information and data will be lost. The Board of Supervisors do not  own the County buildings, the audit is funded by the taxpayers and the chain of custody would be protected. Moving the ballots gives the BOS plausible deniability in the event ballots have gone missing. The ballots were already moved once by the BOS – we have not forgotten! Also, it is customary practice when fighting over disclosure and subpoenaed items to make said item available at their physical location when it is impracticable to do otherwise. Furthermore, the former Maricopa County Recorder, Adrian Fontes, had been parading around bragging about Dominion having had offices with staff INSIDE MCTEC for a long time.

Go back to the Judge. Get Judge Thomason on the phone and get the matter on the record now. Demand access pursuant to the order and ask the judge to hold the Board in contempt if they do not open the doors now. The Judge made every point to reinforce your authority over the County.

Where is the court order to secure Irregular ballots under ARS 16-624(B), as they are specifically named separately from other ballots? Under AZ Statute, they are only preserved for 6 months (May 3, 2021). We demand this issue be acknowledged and a court order obtained to preserve irregular ballots in ALL counties in AZ.

You must take action now!

Arizona and the World is Watching how you will react to this very important issue of Election Integrity and We the People of AZ will stand behind you! 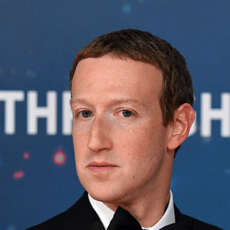 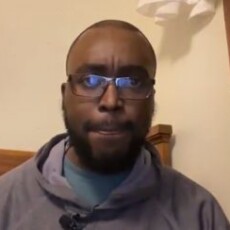