TRENTON, NJ – A man was arrested on human trafficking charges for allegedly prostituting a 16-year-old girl at a hotel in Trenton, N.J.

Ronald D. Harris, 40, of Trenton, N.J., was arrested at his residence on Thursday, Nov. 19, by the New Jersey State Police and charged with the following offenses:

“Far too often we uncover this tragic form of human trafficking, where a vulnerable underage girl is trapped in commercial sexual exploitation involving multiple men per day so that a trafficker can ruthlessly reap the profits,” said Attorney General Gurbir Grewal. “We will continue to work tirelessly with our law enforcement partners at all levels, as well as victim advocates, to raise awareness about human trafficking, rescue victims, and bring those responsible for these terrible crimes to justice.”

“Human traffickers lack any sense of morality or compassion as they essentially treat their victims, who are often children, as commodities rather than human beings, allowing them to be sexually abused repeatedly,” said Colonel Patrick J. Callahan, Superintendent of the New Jersey State Police. “This type of cruelty is unimaginable, and the New Jersey State Police and our partners will do everything in our power to remove these despicable criminals from the streets and ensure that they are prosecuted to the fullest extent of the law.”

“Our Human Trafficking Unit works closely with the State Police and other law enforcement partners throughout New Jersey to uncover these heinous crimes and aggressively prosecute those responsible,” said Director Veronica Allende of the Division of Criminal Justice.  “Because these crimes so often are hidden from view and involve victims who feel helpless to escape, we urge the public to be vigilant and call our human trafficking hotline if they see a child or teenager in suspicious circumstances.”

On July 21, 2020, members of the New Jersey State Police and the Trenton Police Department conducted a joint operation that resulted in the arrest of Harris on weapons charges. When officers activated their emergency lights and attempted to stop Harris’ SUV in Trenton, he sped away, striking an unmarked police vehicle, running a red light, and reaching speeds of up to 80 mph before crashing into a taxi. Harris tried to run away with a black duffle bag, but was apprehended. The duffle bag was searched and found to contain three handguns, two of which had illegal large-capacity magazines. Harris was charged with possession of a weapon as a convicted felon and numerous other weapons offenses. He also was charged with eluding, resisting arrest by flight, and various traffic violations.

At the time of his arrest, Harris had a 16-year-old girl in his vehicle who police determined had been reported missing and was a victim of ongoing commercial sexual exploitation. The girl provided statements that Harris had rented a room at a hotel in Trenton for her to engage in prostitution on the night of the arrest. Search warrants were authorized for three phones found in the vehicle. Examination of the phones revealed messages showing Harris was actively promoting the prostitution of the 16-year-old girl at the hotel. Messages revealed Harris to be demanding additional money for specific sexual services which the girl was to provide to various men on the date of his arrest. 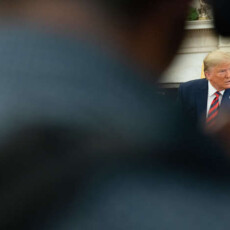