VICTORIA, Texas – An unlawfully present Mexican national was sentenced to 21 years in federal prison July 5 for his role in a human smuggling attempt that resulted in the death of a Honduran migrant following an investigation by Homeland Security Investigations (HSI) Victoria, HSI Houston, HSI McAllen, U.S. Border Patrol, and the Victoria County (Texas) Sheriff’ Office.

Nelson Bahena-Garcia, a 43-year-old undocumented migrant residing in Mission, was sentenced in the Southern District of Texas for conspiracy to commit hostage taking which resulted in death. Bahena-Garcia pleaded guilty to the charges Nov. 2, 2021, after admitting that the victim died during the human smuggling incident. Not a U.S. citizen, Bahena-Garcia is expected to face removal proceedings following his release from prison.

The investigation began after authorities learned of a missing Honduran female. Her fiancé called authorities and informed them he had been unable to make payment for her release.

On May 28, 2018, authorities found her on a rural county road in Victoria County. She had been stripped nude and had what appeared to be trauma inflicted upon her body. The investigation revealed she had collapsed during the smuggling attempt and had to be carried. Even though she said, “please don’t leave me,” a companion heard Bahena-Garcia eventually provide instructions to leave her behind in the brush to die. At the time of his plea, Bahena-Garcia admitted his driver had abandoned her on the side of the highway.

At the hearing, the court heard additional evidence about how Bahena-Garcia operated a human smuggling stash house using threats and intimidation and refused to allow the victim to be released for medical care during the smuggling attempt.

“Not only did this human smuggler conspire to undermine our nation’s immigration laws for his own profit, but he did so with a callous and reckless disregard for the lives of the migrants who had entrusted him with their care,” said Mark Dawon, special agent in charge of HSI Houston. “Thanks to the outstanding teamwork between HSI Victoria, HSI Houston, the U.S. Attorney’s Office, HSI McAllen, U.S. Border Patrol, and Victoria County Sheriff’s Department, we were abl Florida Teen Said She Was Being Followed On The Way To School Before Disappearing, Police Say 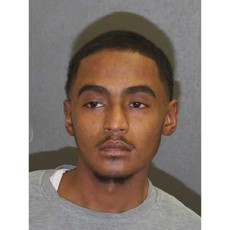 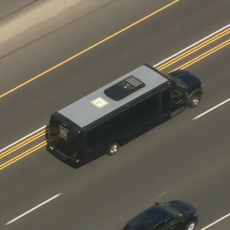