Former prisoner transport officer, Dewayne Dudley, 56, pleaded guilty in federal court in the Northern District of Oklahoma to violating a male detainee’s civil rights by sexually assaulting and kidnapping him.

“Sexual assaults carried out by law enforcement officials at any stage of the criminal justice process, including in the transport of detainees held in custody, have no place in our society,” said Assistant Attorney General Kristen Clarke of the Justice Department’s Civil Rights Division. “The Justice Department will continue to investigate and prosecute law enforcement officials who abuse their power and authority.”

“Dewayne Dudley is a predator who used his authority and position to control and violate the victim. He abandoned his ethical responsibilities and has been held accountable,” said U.S. Attorney Clinton J. Johnson for the Northern District of Oklahoma. “The Justice Department and U.S. Attorney’s Offices across the nation are committed to upholding the Constitutional rights of all citizens. Civil rights abuses will be fully investigated and perpetrators will be brought to justice.”

“Dewayne Dudley exploited his position of authority when he cruelly assaulted a detainee he was charged to protect,” said Special Agent in Charge Edward J. Gray of the FBI Oklahoma City Field Office. “Today’s guilty plea demonstrates the FBI’s commitment to preserving trust in law enforcement. We will not tolerate public officials who violate the constitutional rights of our citizens.”

According to the plea agreement, at the time of the offense, Dudley worked as a prisoner transport officer for Blue Raven Services. As a private prisoner transport officer, Dudley performed the government function of picking up individuals who were arrested on out-of-state warrants and transporting those individuals back to the jurisdictions that issued the warrants. On Aug. 26, 2021, Dudley picked up the victim, a male detainee, from a jail in Boonville, Indiana, to transport him to Valencia, New Mexico.

On Aug. 27, 2021, before arriving in New Mexico, Dudley stopped the transport van at a Holiday Inn Express, located in Marshfield, Missouri, where he rented a room. Dudley brought the handcuffed victim into the hotel room and told him to shower. After the victim showered, Dudley pointed a gun at the victim and told him to undress. Dudley then proceeded to grope the victim’s genitals. When the victim’s penis did not erect, Dudley handcuffed himself to the victim, before going to sleep. Several hours later, Dudley resumed transporting the victim, before stopping the transport van at his (Dudley’s) apartment, located in Claremore, Oklahoma. Against the victim’s protests, Dudley brought the handcuffed victim inside his apartment. While inside his apartment, Dudley again groped the victim’s genitals, causing the victim bodily injury. The victim said, “No!,” and was able to break free and run outside of Dudley’s apartment.

A sentencing hearing has not yet been set. Pursuant to the plea agreement, Dudley faces 12 to 15 years in federal prison, to be followed by up to five years of supervised release. In addition, Dudley must pay restitution to the victim. 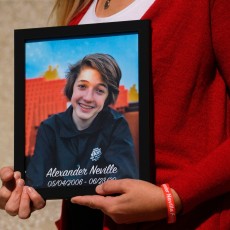 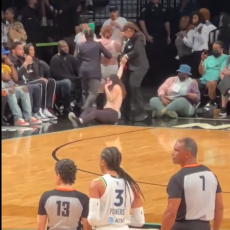