LOS ANGELES – A federal grand jury Tuesday returned a 26-count indictment that charges a UK-born Pasadena man with making a series of detailed threats to harm, rape and kill 10 victims he met in various social and business settings.

The indictment alleges that Hughes, an IT worker, – sometimes using his real name, and other times using aliases or social media accounts designed to conceal his true identity – sent his victims communications in which he expressed hope they would die or in which he made specific threats to harm them if they declined his sexual advances.

For example, in October 2019, after one victim reported prior threats from Hughes to law enforcement authorities, Hughes allegedly sent the victim an email stating in part: “someone I can guarantee will come out and first bash you head in, rape you slash your throat and burn your car and house.” Hughes allegedly sent another threat that read in part: “I will rip your f****** throat out and stab you in the eyes and put gasoline over your half mutilated body.”

“Why the fuck haven’t you replied to my last email, you know I am going to cut out your throat and I mean it if I see you around. You ugly small minded miserable idiotic c*** I am coming to get you, I will enjoy every moment of killing you.”

“Don’t ever report any threats to the police they wont help you and that makes me more likely come after you and your family.” — “I hope when I see you, I rape you, slash your throat and pour gasoline over your half mutilated body… Either way you are gonna die, youre going to pay.”

The FBI began investigating Hughes in May 2019 after one victim filed a complaint with the Internet Crimes Complaint Center (www.ic3.gov). “After being contacted by both the FBI and state law enforcement officers on multiple occasions regarding the threatening communications, Hughes continued to send electronic communications and letters threatening to injure, rape, or kill at least three of the victims who had reported his threats to the police,” according to a criminal complaint previously filed in this case. “In his communications to some victims, Hughes threatened that contacting the police would lead to the injury or death of the victim or the victims’ loved ones.”

As a result of separate investigations, Hughes was arrested by the Los Angeles Police Department and the Pasadena Police Department on two occasions in June, which resulted in charges being filed by the Los Angeles County District Attorney’s Office and the Pasadena City Attorney’s Office. Federal prosecutors filed a criminal complaint against Hughes on July 10, and he was taken into custody from state authorities on July 24. Hughes has been in federal custody since that time.

The charges in the indictment are allegations, and the defendant is presumed innocent unless and until proven guilty.

The stalking counts and the charges stemming from the alleged threats all carry a statutory maximum penalty of five years in federal prison. The witness tampering counts each carry a maximum possible penalty of 20 years in prison. 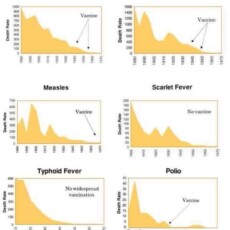 Replying to a Vaxx Pusher 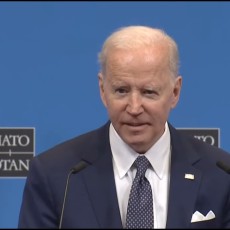