A man known for showing up uninvited to political events and attempting to get close to politicians was charged this week for cyberstalking and making multiple threatening statements regarding Republican U.S. Representative Kevin Hern and his family. Hern represents Oklahoma’s first congressional district.

The Complaint alleges that starting in November 2018 when Representative Hern took office, Eisenberger allegedly began making concerning statements about Hern that became increasingly more violent over time. He did so during visits and phone calls to the congressman’s offices in Washington, DC, and Tulsa and on social media.

Multiple alleged incidents are highlighted in the Complaint to include:

In January 2019, Eisenberger appeared in the Washington, DC offices, yelling and demanding to see Hern. He later allegedly told U.S. Capitol Police special agents that he was angry with the Hern because Eisenberger believed he was elected illegally. He stated that he believed the congressman had been appointed to the seat without Eisenberger being considered for it. He then stated that he’d flown to Washington, DC, on a one-way ticket and would not be returning until the Congressman resigned.

In a social media post dated Nov. 9, 2020, Eisenberger again voiced his anger about the election and further suggested that the congressman and the state of Oklahoma deserved to be “federally executed” and that if that was not feasible then the resignation, death or expulsion of Hern was acceptable.

In a lengthy October 2021 social media video post, he allegedly touted that he was going to assault the congressman, whether it be at a debate, a conference, or elsewhere.

Investigators further allege that in a May 11, 2022, social media post, Eisenberger stated that he hoped to kidnap Hern and his wife. He further wished harm would come to the congressman’s family.

The FBI is the investigative agency. Assistant U.S. Attorney Christopher J. Nassar is prosecuting the case. 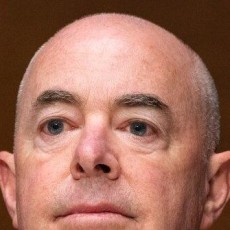 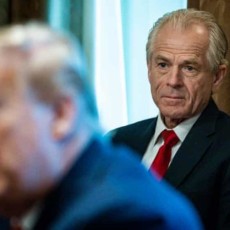