Because Christian schools openly encourage students’ faith, they are not eligible for Maine’s longstanding school choice program, a federal court of appeals ruled Thursday. Three families had sued to receive equal access to a longstanding state program that funds private education for children whose local district does not run a high school, which is about half of districts in the mostly rural state.

But the schools these families wanted to attend proclaim they have, for example, a “thoroughly Christian and biblical worldview” and “a mission of ‘instilling a Biblical worldview’ in its students, with religious instruction ‘completely intertwined’ in its curriculum and the Bible as its ‘final authority in all matters,’” noted U.S. First Circuit Judge David Barron, an Obama appointee, in the decision. Barron was joined unanimously by former Supreme Court Justice David Souter and Reagan appointee Circuit Judge Bruce Selya.

Because these schools see teaching Christianity as inseparable from all their other instruction, Barron wrote, they may not receive taxpayer funds. The decision says taxpayer dollars may not fund “the religious purposes of inculcation and proselytization” — so long as that proselytization is for any religion except secularism.

The ruling says taxpayer funds may only support instruction that promotes secularism among children. Secularism’s religious beliefs include the assumption that either God does not exist or His potential existence has nothing to do with educating. These are religious beliefs the decision says Maine may and does subsidize through public schools.

Barron’s decision says that because Maine has decided its public schools may discriminate against religion by providing a strictly secular education, and its school-choice program only allows students to access private schools that are “equivalent” to a public education, then students may not attend Christian schools via its choice program because such schools do not offer an “equivalent” education to the state’s legally anti-religion public schools.

In other words, this decision says that in schooling taxpayers must subsidize only one religious view, secularism, but no other religious views, such as those from Christianity, Mormonism, or Islam. It reinforces secularism as the only permissible state-sponsored American civil religion.

About half the states in the nation have tuition voucher programs similar to Maine’s, noted EdChoice Vice President Leslie Hiner to Courthouse News Service, meaning this decision has national implications. The parents’ lawyers promised to immediately appeal the decision to the U.S. Supreme Court.

Chief Justice Roberts: “A State need not subsidize private education. But once a State decides to do so, it cannot disqualify some private schools solely because they are religious.”

Yet that’s exactly what Maine is doing.

The Supreme Court has historically affirmed the constitutionality of school vouchers, and with three Supreme Court justices appointed by Republican President Donald Trump, it is likely they will do so again if they agree to take up this case. The Roberts court has also issued significant First Amendment rulings that reinforce prior courts’ affirmation that vouchers are constitutional.

The court has found voucher programs do not violate the First Amendment’s ban on government preferencing one religion on the grounds that if vouchers result in allowing public funds to go to religious institutions they do so based on individual families’ choices rather than the choice of the state. In other words, with vouchers the state funds families, not religious institutions. Nearly half of families say a private school is their top choice, but only one in ten enroll their children in that top choice, largely because public funds for education serve special interests instead of families’ preferences.

Religious institutions receive voucher funds only if families choose them, rather than through a specific state preference like public schools receive. The reason voucher programs end up largely supporting Christian schools is that a Christian education is only available outside public schools.

A good deal of research has found that legal preferences against religion in public education are a major contributing factor for the loss of faith across the Western world. Societies that erode Christianity among the next generation pay a severe price. Today’s historically unprecedented faith recession is clearly linked to financially and emotionally devastating social consequences, such as dramatic declines in marriage, work, and childbearing and increases in theft, murder, and child abuse.

“[Ex]pansions in government service provision and especially increasingly secularized government control of education significantly drive secularization and can account for virtually the entire increase in secularization around the developed world,” writes sociologist Lyman Stone in a review of research on this question (emphasis added). “The decline in religiosity in America is not the product of a natural change in preferences, but an engineered outcome of clearly identifiable policy choices.”

Government preferences for secularization as a religious view that competes with Christianity (and other faiths) create a more dependent and despairing society. For those who care about social justice as measured purely in materialistic terms, Christian schools have a protective, poverty-reducing effect on children, especially disadvantaged children, compared to public schools.

Secularists are willing to trade these benefits that accrue disproportionately to the poor in order to use public institutions to proselytize their own religious ideas. This was obvious in other aspects of the First Circuit’s ruling in the Maine case, such as in noting the Christian schools in question would not employ teachers who openly support homosexual behavior. The current Supreme Court seems to understand that giving secularism de facto control of public funds is also an establishment of religion. Yet so far its rulings have not gone so far as to find this unconstitutional, likely because of the disruption such a ruling would bring to the nation’s public school system.

Instead, the Roberts court’s jurisprudence has focused on making it clear that banning private institutions from public funds based solely on their religious nature is unconstitutional discrimination. That is what it found this spring in the Espinoza v. Montana decision, which concluded the state could not withhold charitable contributions from Christian schools because they are Christian.

“Drawing on ‘enduring American tradition,’ we have long recognized the rights of parents to direct ‘the religious upbringing’ of their children,” wrote Chief Justice John Roberts in the Espinoza majority opinion. “Many parents exercise that right by sending their children to religious schools, a choice protected by the Constitution.”

Given, however, Roberts’ abundance of caution that makes him now the swing vote on a newly conservative court, it’s unlikely the court addresses this deeper prejudice embedded inside American schooling if it decides to take up the Maine case. 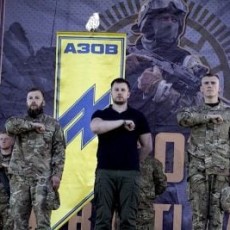 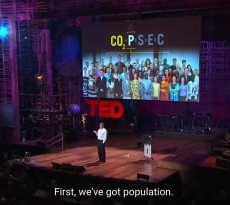 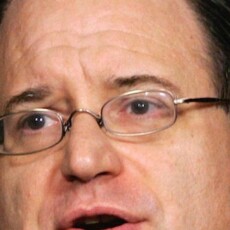 Dem Rep. Sherman: Democrats Who Don’t Support Israel ‘Don’t Really Have an Understanding’ of the History