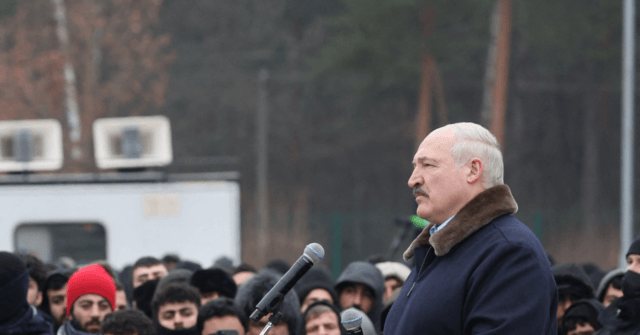 The communist dictator of Belarus, Alexander Lukashenko told migrants gathered at the Polish border that his government will do all it can to help them achieve their “dream” of entering the European Union, which he said they have the “right” to do.

In a speech given on Friday in front of a group of migrants — many of whom were reportedly tricked by the regime in Belarus into thinking they would be provided with free passage to Germany — Lukashenko vowed to help them break into the EU.

“If anybody wants to go west — that is your right. We will not try to catch you, beat you, and hold you behind barbed wire,” Lukashenko said per Germany’s public broadcaster, Deutsche Welle.

“We will work with you to achieve your dream,” the leader said to applause from the migrants.

The comments are just the latest in a string of bellicose statements from the Belarussian strongman, with Lukashenko all but admitting earlier this month that his forces are likely assisting migrants attempting to breach the European frontier border but that he would not do anything about it.

Lukashenko has also claimed that he told the outgoing leader of Germany, Angela Merkel, that her country or the EU should immediately take in thousands of migrants, essentially blackmailing the bloc with the possibility of stranded migrants freezing to death at the border.

Poland and the European Union have accused the Belarussian government of committing “hybrid warfare” against Poland, Lithuania, and Latvia through trafficking Middle Eastern migrants into Minsk and later to the border regions in order to destabilise the bloc.

It is widely believed that Lukashenko’s use of migrants comes in response to the EU sanctioning his regime earlier this year after it diverted a Ryanair flight in order to imprison a dissident journalist. It is expected that another round of sanctions will be imposed on Belarus in December, specifically targeting firms believed to be trafficking migrants to the European border.

Tensions have resulted in violent clashes at the Polish border over the past month, with migrants seen hurling stones at Polish border officials, who deployed water cannons to push the migrants back. At least seven polish officers were injured in one such skirmish.

Hundreds of migrants attempted to storm the Polish border again on Wednesday, throwing “branches and stones,” according to the Polish government.

Polish Prime Minister Mateusz Morawiecki claimed that the use of migrants as pawns by Lukashenko is the “greatest attempt to destabilise Europe” since the Cold War.

“Poland will not yield to blackmail and will do everything to stop the evil threatening Europe,” the Polish leader said defiantly. 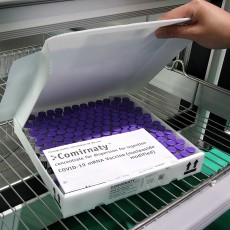 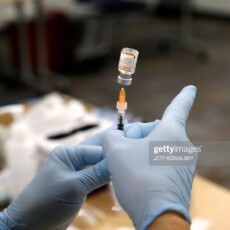 Aaron Rodgers on Vax Status: ‘I’m in the Crosshairs of the Woke Mob Right Now’ 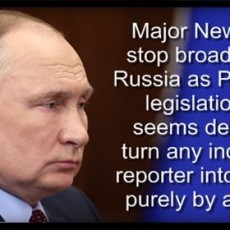