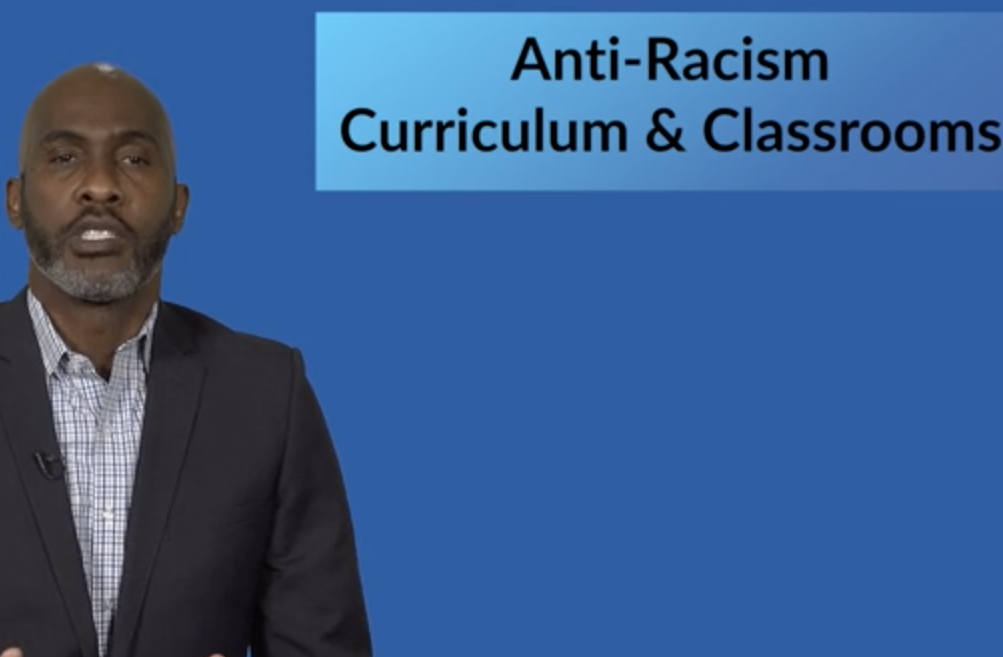 The Los Angeles Unified School District Office of Human Relations, Diversity & Equity prepared a presentation that told students critical race theory isn’t being taught in schools while the district made presentations that did precisely that. The district also mandated that teachers take an “antiracism” course taught by a known critical race theorist who told them to “challenge whiteness.”

LAUSD Lies, Denies That Critical Race Theory Is Being Taught In Schools

A LAUSD presentation titled “Critical Race Theory and Racism in K-12 Education” starts out by defining the theory as a “Theoretical Framework through which researchers and scholars try to understand how structural and racial inequities exist and endure in our society.”

The PowerPoint implores students to rename a headline referring to critical race theory, “since we now understand that Critical Race Theory is not taught in schools.” A separate document, which claims “there is no evidence that CRT is widespread in K-12 education,” is also listed on LAUSD’s website.

Although administrators at LAUSD claim CRT isn’t taught in their schools, the district created lesson plans that embed the corrosive theory in their very own classrooms, all after the district brought in a critical race theorist to tell teachers how to “challenge whiteness.”

The LAUSD Office of Human Relations, Diversity and Equity introduces its advisory lessons by highlighting their desire to speak with students “about power, privilege, oppression, and resistance.” The section of the website labeled “Human Relations, Diversity & Equity” lists several critical race theory-inspired presentations, including slideshows that teach Thanksgiving is evil and propose an alternative holiday.

One presentation told students to check their privilege and included a video called “What is Privilege.”It shows people engaging in a privilege walk, an activity that I had to do six years ago as a freshman at my California high school. In it, people line up and take steps forward or backward depending on their answer to a series of questions. It is incredibly easy to manipulate the results through selective questioning in order to make people believe CRT’s sweeping claims of privilege and oppression based on skin color.

The presentation claims that white people, among others, are uniquely privileged, before telling students how to become an ally of left wing social justice movements. There’s also a slideshow about the Black Lives Matter movement that includes a note signed by the LAUSD Human Relations, Diversity and Equity team. The presentation mocks the phrase “all lives matter” in a comic.

The presentation discussed white supremacy, which it defined as “The belief that white people are better than other races” and claimed that “Some systems, like schools and jails, have white supremacy built into them because white people have had so much power for so long.”

The administrators are evidently not fazed by the irony of peddling the conspiracy theory that America’s schools are fundamentally controlled by hegemonic white supremacy while they, as influential members of the nation’s second-largest school district, engender animosity against their white students by offering a state-sponsored crash course on racial identity politics.

A wide variety of other presentations also peddled the same themes and pushed for CRT.

Teaching critical race theory and then lying about its presence in schools isn’t new. Randi Weingarten, the president of the American Federation of Teachers, has claimed CRT isn’t taught in schools after her organization boasted of teaching it on national television.

One slideshow focused on the Cleveland Indians changing their name, claiming that various teams were named after racial slurs and that Native Americans are the only people group whose identity has been turned into a mascot, conveniently forgetting about teams such as the Minnesota Vikings, Boston Celtics, and Notre Dame Fighting Irish.

A whole section on the LAUSD website is dedicated to “Election, Insurrection, and More.” One slideshow focused on “domestic terrorism,” invoking Jan. 6, 2020. It also features discussion of white supremacist domestic terrorism, while making no mention of Black Lives Matter riots or the rape and murder-infested Capitol Hill Autonomous Zone.

When asked why the Human Relations, Diversity and Equity team told students that CRT is not being taught in schools despite teaching it themselves, the team’s coordinator Judy Chiasson avoided the issue, responding, “We encourage students to hear different perspectives, become critical thinkers, and build camaraderie across identities so they may become the leaders of tomorrow.”

Lest you believe these presentations were simply the handiwork of a rogue team of far left administrators, turn your attention to this memorandum from the LAUSD that mandates that teachers take a course dubbed the “Anti-Racist Journey.”

During the training, Howard tells teachers to “celebrate people of color,” and then discusses the need to “challenge whiteness,” which he bizarrely connects to ideas of merit and individualism. As Howard and one facilitator guide notes, “Whiteness’ … does not mean an indictment of white people and refers to a majority perspective and construct.”

But critical race theorists frequently use the term to secure this indictment. Psychoanalyst Donald Moss published an article claiming that whiteness is a “parasitic condition” without a “permanent cure,” while Noel Ignatiev, the communist and Harvard lecturer who founded the journal “Race Traitor” and claimed that “treason to whiteness is loyalty to humanity,” argued that “abolishing the white race is on its face so desirable that some may find it hard to believe that it could incur any opposition other than from committed white supremacists.”

Yet we’re somehow expected to believe that these critical race advocates are just trying to end racism. They’re not being anti-white. They’ve simply constructed an ideology around attributing some of the worst evils to “whiteness.”

In the face of the district’s lies, there might be reason to rejoice. It might be an indicator that even school districts in incredibly far-left areas have realized just how quickly they’re losing ground on the issue among decent people of all races. By lying, LAUSD might’ve accidentally admitted a greater truth about critical race theory: that parents and voters can stop it.

Howard, the LAUSD School Board, and Superintendent Reilly did not respond to requests for comment. 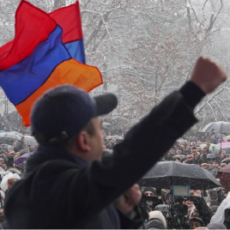 The Deep State Dynamics of Armenia’s Political Crisis. In the Throes of A “Color Revolution”