Political violence continues to escalate as two Los Angeles deputies were ambushed in their vehicle by a gunman.  The shooter casually walked up to the police car and opened fire hitting both officers in the head.  The critically wounded deputies graduated from the academy 14 months ago.

Far-left Joe Biden supporters quickly assembled at the hospital chanting “we hope they die” as the Los Angeles County Sheriff’s office asks them to stop blocking the emergency entrance.  President Trump and AG Bill Barr sent tweets about the incident earlier this morning.

Some smart sleuthing by Raheem Kassam and Natalie Winters at The National Pulse shows the donations made to Black Lives Matter actually go to ActBlue.  From there ActBlue takes those contributions and sends them forward to the Joe Biden Campaign.

As of May 21st, ActBlue has donated $119,253,857 to the “Biden for President” effort. So a contribution to Black Lives Matter, the ideology behind the shooting of the police officers, is a contribution to the Joe Biden campaign.

It’s a smart workaround and provides a back-door for all of the Hollywood and social influence crowd to use.  By supporting donations to Black Lives Matter, the leftist movement writ large is essentially funding the DNC.   The BLM movement is simply a vessel for them to use and exploit.

Keep in mind you are now hearing of multi-million donations to Black Lives Matter from big corporations.  Any corporation that pays into this scheme is actually paying to fund Joe Biden 2020 and the Democrats.  Now all of those “donations” make sense.

Over the past couple of weeks, in the wake of the protests over extrajudicial killings of Black people, tech companies have made tens of millions of dollars in commitments to racial equity organizations. (link)

The scale of the DNC effort to enhance national antagonism based on race now makes much more sense.

“It pisses me off,” he said of the shooting. “This was a cowardly act.”

The sheriff’s department released video that shows someone walking up to a patrol car parked near a Metro station in Compton about 7 p.m. Saturday. The person opens fire and runs from the scene. Villanueva said the deputies, a 31-year-old female and a 24-year-old male, were shot multiple times but were able to radio for help. (read more)

BLM donations go to Act Blue which supports democrat candidates and Joe Biden. A donation to BLM is a donation to the democrat party so, yes…. Biden Supporters.

Either stop the financial connection of BLM to Democrats, or accept BLM violence is Democrat Party violence. https://t.co/ZgSobmikmd 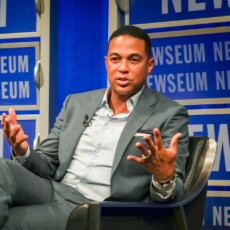 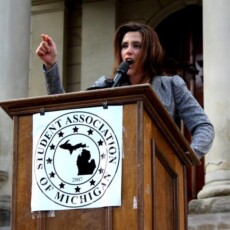 IS THIS AMERICA — Ohio woman arrested and tazed at son’s outdoor football game — For not wearing a mask!