Breitbart’s Matt Boyle is on the ground in Tennessee and will be sending updates throughout the evening. 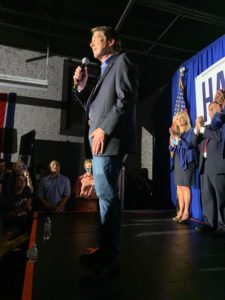 Breitbart News was granted exclusive access to Hagerty’s campaign headquarters war room, where dozens of staffers in a local hotel conference room shouted out county-by-county results as they rolled in from across the state. For the first half hour, not a single county went Sethi’s way. and cheers were so loud that campaign staff closed the door so those in the hotel lobby more than 30 yards down the hall could not hear them.

The president personally recruited Hagerty, a longtime Trump loyalist, to leave his post in Japan and come back to run for the vacant Senate seat left open by the retiring longtime Sen. Lamar Alexander (R-TN). Trump even endorsed Hagerty several days before he officially announced his campaign, making Hagerty his first endorsement of the cycle in 2020—and one that the president has worked hard at over the more-than-a-year since ensuring Hagerty was successful. Trump has done multiple virtual events with Hagerty, and his son,Donald Trump, Jr., campaigned with Hagerty in Tennessee before the coronavirus pandemic upended in-person campaigning. He’s flooded social media with pro-Hagerty messages, and sent his top surrogates in on Hagerty’s behalf. Trump had been planning to hold a campaign rally in Tennessee with Hagerty, but since he is not doing the rallies anymore during the pandemic, the president held a series of tele-townhalls with his former ambassador to Japan, including one the night before the election. Vice President Mike Pence also endorsed Hagerty, meaning the White House—and Trump and his team—were all in on this one.

It paid off. Thursday’s results saw Hagerty win by more than 13 percent when the race was called by the New York Times and the Associated Press. When Baker and others announced to the room that the Times had called the race for Hagerty, the war room erupted in applause.

Hagerty’s message was nearly identical to Trump’s message: Tough on China, law and order, rebuilding the economy, and sending a fighter to Washington.

“We’ve got a great message to deliver,” Hagerty said in his last Breitbart News interview before the election on Breitbart News Tonight on Tuesday night. “We stand for law and order, getting our economy back again; we’re going to stand up against China, we’re going to deliver strong conservative Tennessee values to Washington where they are desperately needed.”

I just called Ambassador Hagerty to congratulate him on his victory. Tonight didn’t work out the way we hoped, but I’m so deeply grateful to every single one of you who supported our campaign, and I’m proud of what we fought for. Thank you, Tennessee.

9:30 PM: From Boyle in TN: Hagerty joins Sen. Marsha Blackburn (R-TN) in the war room right after the race called. Everyone is in a motorcade to downtown Gallatin where Hagerty will celebrate his victory. 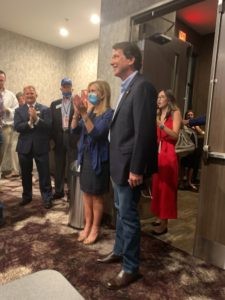 Bill Hagerty (R) wins the GOP nomination for #TNSEN, but look for his margin over Manny Sethi (R) to narrow as more Election Day votes come in.

Last night, Hagerty says he and his entire campaign were tested for COVID-19, all came back negative.

Today, he says they’ve been taking precautions the entire campaign. At this event tonight, temperature checks before entering. @6News #WATE

8:47 PM: Update from Boyle in Tennessee:

As Hagerty keeps winning several counties–including some places that far exceeded expectations–Sens. Tom Cotton (R-AR) and Marsha Blackburn (R-TN) each joined the war room at Hagerty HQ to heroes’ welcomes from the crowd as Ward Baker, the top adviser to Hagerty, introduced them to the staff in the room.

Inside the war room of Hagerty’s campaign HQ, staff are poring over the numbers rolling in early. Spirits are very high here and the team feels like they’re winning most places they need to by big margins. Dozens of staffers are cheering as each county is shouted out. Not one county has gone Sethi’s way yet.

With 8% of precincts reporting, Bill Hagerty leads Manny Sethi 54% to 39% in the U.S. Senate race #WJHLvotes

Stopped by the polls at Brenthaven Cumberland Presbyterian! Be sure to #GOTV! #TeamHagerty #TNSen #GoVoteTN pic.twitter.com/wXP2or8Q1t

Today is Election Day, and I am asking for your vote. Polls are open till 8:00 PM EDT/7:00 PM CDT. I am a Christian conservative outsider who is running for the Senate because I want to bring Tennessee values to Washington, not force Washington values on Tennesseans. pic.twitter.com/1GGURYfCmY 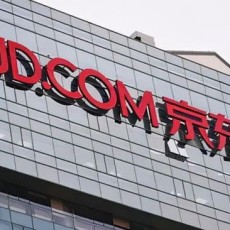 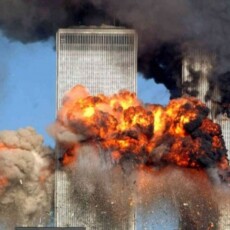 The Twenty Year Shadow of 9/11: U.S. Complicity in the Terror Spectacle and the Urgent Need to End It