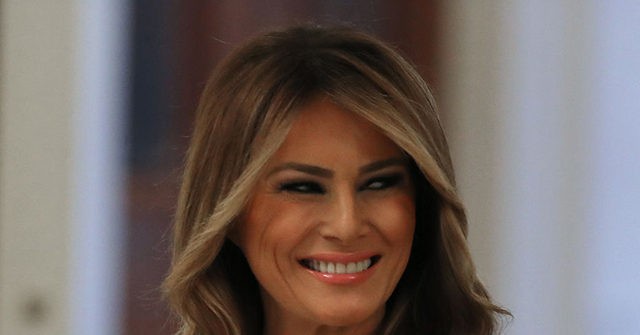 Tonight’s theme is “Land of Opportunity.”

9:22 PM: Nick Sandmann says he is the teenager who was defamed by the media and thanks Trump for allowing him to share his story. Sandmann says he went to the March for Life rally in 2019 and bought a “Make America Great Again” hat to show support for Trump’s pro-life agenda. He says he found himself face-to-face with professional protesters who wanted to turn him into a poster child for why Trump is bad. He says video showed he had his hands behind his back and two thoughts were going through his mind–don’t do anything that would further agitate the Native American drummer and don’t do anything that would embarrass his family. He says the media smeared him because the truth didn’t matter and tried to “cancel” him. He says he would not be canceled and fought back and won a personal victory. He looks forward to the day the media returns to providing unbiased coverage. He says nobody has been subjected to more unfair media coverage than President Trump. He says we should embrace our First Amendment rights and not hide from the media, tech companies, or the outrage mob. He puts on a red MAGA hat at the end saying, “And one more thing: Let’s Make America Great Again.”

“In November, I believe this country must unite around a president who calls the media out and refuses to allow them to create a narrative instead of reporting the facts,” he says. “I believe we must join with a president who will challenge the media to return to objective journalism.

9:17 PM: Abby Johnson, a former Planned Parenthood employee who became a pro-life advocate after witnessing an abortion of a 13-week unborn baby desperate to move away from the suction. She rips Margaret Sanger as a racist and eugenist who founded Planned Parenthood to eradicate minorities.  She says Planned Parenthood clinics are strategically placed in minority communities. Johnson says she knows what abortion smells like and says Trump has done more for the unborn than any other president. She urges people to vote in 2020 with the most vulnerable in mind–the unborn.

“Life is a core tenet of who we are as Americans. This election is a choice between two radical, anti-life activists, and the most pro-life president we have ever had,” she says. “That’s something that should compel you to action.”

9;15 PM: Eveleth, MN, Mayor Bob Vlaisavljevich, a life-long Democrat, says this is a make-or-break election. He speaks about the importance of manufacturing in the Iron Range. He rips America’s leaders for not doing anything when China dumped steel. He says workers lost hope and something unexpected happened when a straight-talking New Yorker took office. He says the Iron Range has roared back to life because of Trump. He says Biden is too weak, scared, and sleepy to stand up to the radical left, especially on radical environmental issues, while Trump won’t back down. He says the Iron Range’s economic future is at stake and he can count on Trump to fight for them.

9:10 PM: Reverend Billy Graham’s granddaughter, Cissie Graham Lynch, says religious freedoms were under attack during the Obama-Biden administration by facing faith-based organizations to pay for abortion-inducing drugs and force schools to allow boys to compete as girls and use girls’ locker rooms.

She says when Americans elected Trump, people of faith had a “fierce advocate in the White House.” She praises Trump for eliminating policies “that put our little girls at risk” and giving hope to people of faith around the world.

She says a Biden-Harris administration will leave no room for people of faith.

9:07 PM: John Peterson, who wons metal fabrication business, praises Trump for helping manufacturers who had to reinvent themselves as the market changed. He rips Obama-Biden, two people who knew nothing about business, for not getting government out of the way. He says Trump was elected president and knew what it was like to build a company and build jobs by cutting red tape and ending draconian banking regulations.

“By getting rid of the job-killing NAFTA and negotiating the US-Mexican-Canada trade agreement, President Trump ensured a more competitive playing field for American companies like ours,” he says before adding that Trump will make the economy roar back again after the Coronavirus.

He is a Badger fan (and presumably a fan of their coach Paul Chryst) and says Trump and his Wisconsin Badgers football team share three common traits: Smart, tough, dependable.

9:05 PM: Larry Kudlow, the White House National Economic Council Director, talks about all that Trump has done on the economy with free and and fair trade deals. He speaks about a V-shaped recovery and more tax cuts and rollback of regulation. He says this is no time for tax increases. He asks voters if they want economic health, prosperity, and optimism or stagnation and pessimism. He urges voters to “stay with him.”

8:58 PM: Cris Peterson, a Wisconsin dairy farmer, talks about how her 120-year-old barn caught on fire, and how Trump’s economic boom started to help dairy farmers across the United States. She says Trump has acknowledged the influence of farming and agriculture more than any president in her lifetime, and that gave her the confidence to rebuild her dairy farm. She praises Trump for knowing that agriculture is our backbone and strength and critical to our national security.

“That support and focus on negotiating new trade deals gave us the confidence to rebuild our barn and dairy operation,” she says.

8:57 PM: James Joyce, a Maine lobsterman, praises Trump for ending European tariffs and respecting the views of fisherman unlike Biden, who will be held captive by environmentalists. He says Trump listens to working people like himself. He says he didn’t support in 2016 but Trump followed through on his promises to fishermen like him.

8:52 PM: Sen. Rand Paul (R-KY) says he is proud of the job Trump has done as president even though he doesn’t always agree with him. He says Trump gets things done, citing issues like criminal justice reform (First Step Act). Paul says it sought to undo the harms that people like Biden did to lock up a generation of young black men. Paul says Biden bragged about a bill that still wreaks havoc among people of color. Paul praises Trump for not wanting to fight endless wars and leaving blood and treasure in Middle East quagmires. He says Trump is the first president in a generation who wants to end wars instead of starting them. Paul points out Biden voted for the Iraq War, and he says he fears Biden will choose war again and spill our blood and treasure abroad. He says to vote for Trump if you hate war like he hates war or hate sending billions to build the infrastructure of other countries.

President Trump pardons Jon Ponder before Night 2 of the #RepublicanConvention: “I will continue to give all Americans, including former inmates, the best chance to build a new life and achieve their own American dream.” https://t.co/AYG9neorp4 pic.twitter.com/9oZE5t2CZL

8:48 PM: Night two winning over even some Never Trumpers

Fox News not covering the opening of the RNC.

It’s night two, and currently CNN and MSNBC are the only networks carrying the RNC. Tucker Carlson is on Fox doing his show instead.

8:40 PM: Bank robber John Ponder, who started an organization that helps prisoners to reintegrate into society after finding God, tells his personal story. Ponder talks about how former FBI agent Richard Beasley, who arrested him, treated him and realized then that he could start programs to do something similar for other prisoners about to be released. Trump welcomes Ponder to the White House and says Ponder’s life is a beautiful testament to the “power of redemption.” Trump says when Ponder was in prison, he started reading the Bible and listening to Christian radio (Billy Graham). Trump says Beasley and Ponder are best friends, and Beasley is with Ponder at the White House. Trump praises Ponder’s organization, Hope for Prisoners, for showing citizens that they are not forgotten and can find redemption.  Ponder says he gave his life to Jesus and made a promise that he would spend the rest of his life helping people in circumstances like his.

8:36 PM: Myron Lizer, the Vice President of the Navajo Nation, says his people have never been invited into the American dream until Trump took office. He praises Trump for signing a proclamation recognizing missing and Native Americans and always making it  “a priority to repair the relationship” between his people and the federal government. He also praises Trump for nominating “strong conservative judges like Neil Gorsuch, who supports Native American rights.”

8:35 PM: After a video about American exceptionalism, the second night of the RNC opens up with a prayer from Pastor Norma Urrabazo of International Church of Las Vegas. Leighanne Ball, a military spouse, then recites the Pledge of Allegiance.

8:30 PM: CNN’s Jake Tapper rips Trump and the GOP for shattering all norms. He says if Democrats did what Trump is doing, Republicans on Capitol Hill would probably be “rioting.”

White House posts a video of Trump presiding over a naturalization ceremony that appears to be part of tonight’s convention program https://t.co/CC6VmpNZcY

Hopefully the rain doesn’t mess up the schedule:

A severe thunderstorm threat for D.C. tonight as Melania Trump is set to deliver her Rose Garden speech https://t.co/zEhILbgoBt

.@SecPompeo’s participation in the #RNCConvention during the course of official @StateDept work is not only unacceptable, but appears that it may also be illegal. 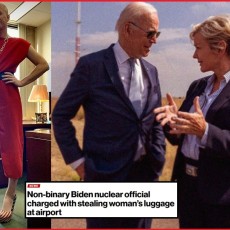 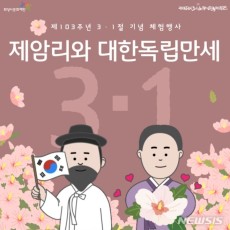 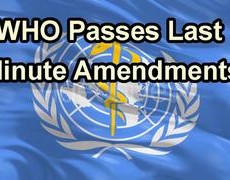