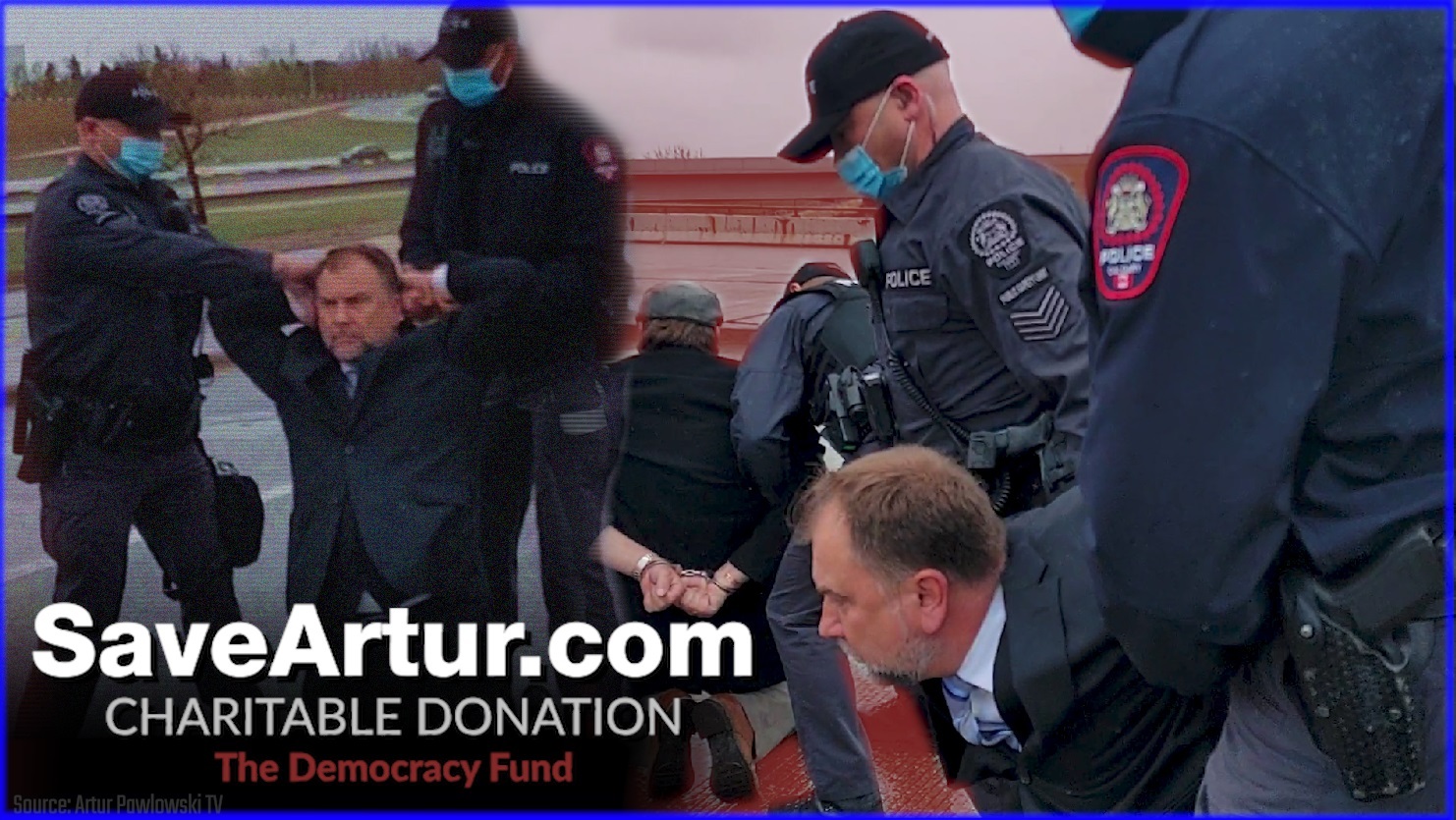 Help pay the legal fees of Pastor Artur by making a donation. Donations will go to The Democracy Fund, a registered Canadian charity that is now helping the ‘Fight The Fines’ project. So, you can now get an official charitable receipt for a donation made on this page and use it to reduce your Canadian taxes. 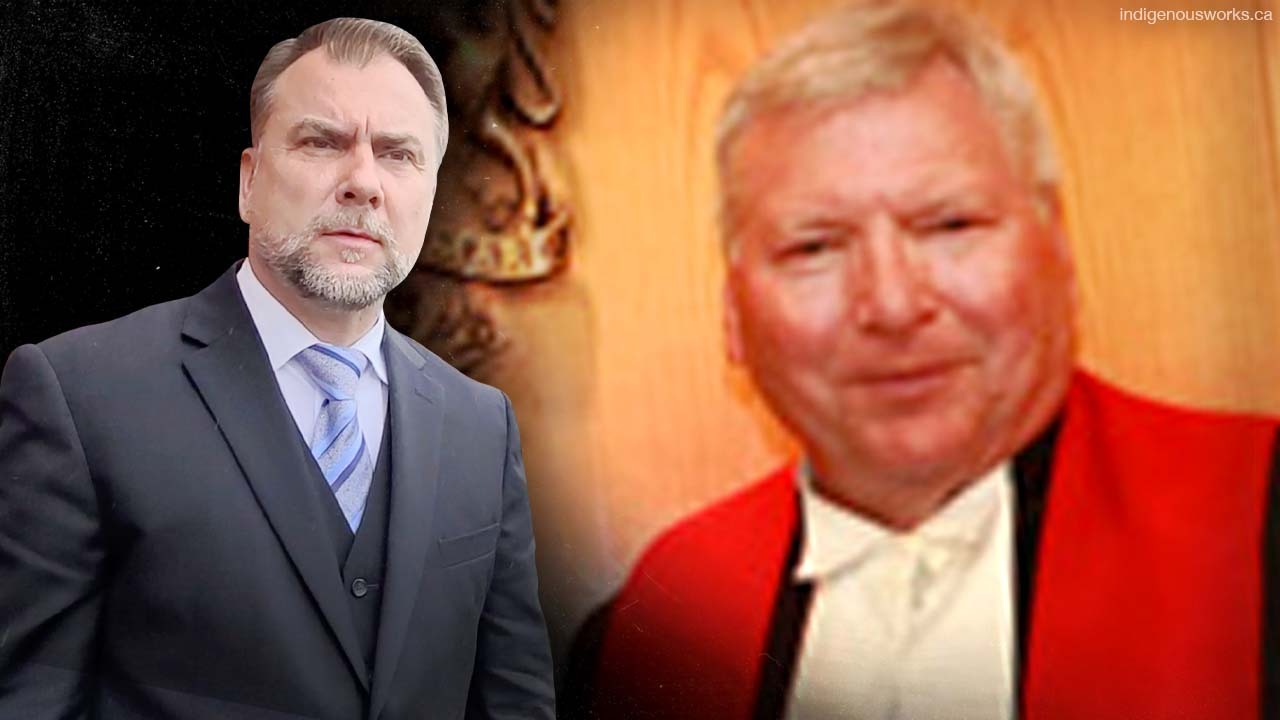 Sign the petition to have Justice Germain investigated for court misconduct.

Sheila Gunn Reid is reporting from online court today as Artur Pawlowski, Dawid Pawlowski and Chris Scott’s lawyers ask for a stay of their contempt actions.

In court this am for Art Pawlowski, his brother [Dawid] and Chris Scott of the [Whistle Stop Cafe]. Their lawyers are asking for a stay of their contempt sanctions. They were given a compelled speech order requiring them to give govt COVID talking points before they express their views

The men are being helped by the Democracy Fund in their battle for free expression and to hold opinions about the government that may be contrary to the views of the sentencing Judge, Justice Adam Germain. To donate please visit SaveArtur.com or FightTheFines.com.

(all donations to the Democracy Fund qualify for a charitable tax receipt. None of the monies go to the Pawlowskis, Scott or Rebel News)

Sarah Miller is beginning. She says Germain’s compelled speech sanction punishes the men for their opinions, not their actions. Evidenced in Judge Germain’s prior remarks about how Artur went to the United States to express views about Alberta COVID laws.

Miller, acting for the Pawlowskis, says the compelled speech order has zero to do with that which the men were sanctioned for. As in: why do they have to give govt talking points as part of their punishment for illegal public gatherings (holding church)

Miller also argues that Germain erred in stating the men have no right to be disrespectful or hate-filled (which is not the same as expressing hate speech – a specific thing under the law which is has not ever been alleged by AHS or Judge).

(its ok to disrespect/dislike govt)

AHS has Kyle Fowler and John Siddons in court for them.

Chad Williamson and Scott Nicol are up now for Chris Scott, who protested the government seizure of his restaurant in a large protest that Germain ruled violated a court order prohibiting public gatherings. Scott refused to close his diner and go broke in a restaurant lockdown.

Nicol is also arguing that there is no benefit to AHS or the court in the fight against COVID by limiting speech and mobility rights. Instead, it protects government from criticism for its policies.

Nicol notes even social media comments by Scott have to be “qualified”, says that “putting speech in another person’s mouth is a forceful act” and Scott must not choose between compelled speech and self-censorship.
to help with Chris Scott’s legal fees http://FightTheFines.com

Nicol: “in the free nation of Canada, we should not be known to compel speech” nor “should we transfer the rights of some to others” as in: Chris Scott’s free speech is taken from him and transferred to Alberta Health Services by an order of a judge.

Nicol says that even the more odious regimes of the world rarely compel speech these days. they more often simply censor.

Nicol is done. Says the travel ban on Scott serves no purpose.
(ME: Why prevent him from travelling except that it would embarrass the government and the court.)
Nicol also says that the impairment of Charter rights for Scott erroneously cannot be undone.

John Siddons is now up for AHS.

(Now I have to listen to some privileged govt lawyer argue why a blue-collar biz man and 2 pastors who feed the poor must become lockdown salesmen for the government before they speak their minds. This should be good)

Fowler from AHS is now arguing that qualified speech – forcing men to violate their conscience to promote government opinions – is not irreparable harm.

oooooooh snap. Justice Strekaf just asked Fowler what sort of compelled speech would constitute irreparable harm, if this case does not?

And we got 20 seconds of scared silence from the AHS lawyer. Now he’s struggling to explain himself.

(again an argument someone with no deeply held convictions might make)

To clarify what today’s hearing is about: lawyers for Pawlowskis/Chris Scott are arguing for a stay of their sanctions for contempt (including their travel ban and compelled speech) while they appeal the sanctions because the sanctions are insanely Soviet

oh boy. It was just clarified that AHS did not ask for the compelled speech sanction, nor the travel ban. AHS wanted the Pawlowskis/Scott to comply with current health orders as their sanctions. Plus fines and costs.

Judge Germain concocted the insane sanctions on his own. WOW

To donate to pay for the legal fees to defend Artur, Dawid and Chris, please visit SaveArtur.com or FightTheFines.com. 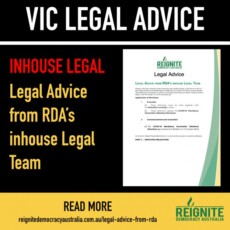 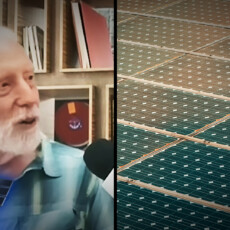