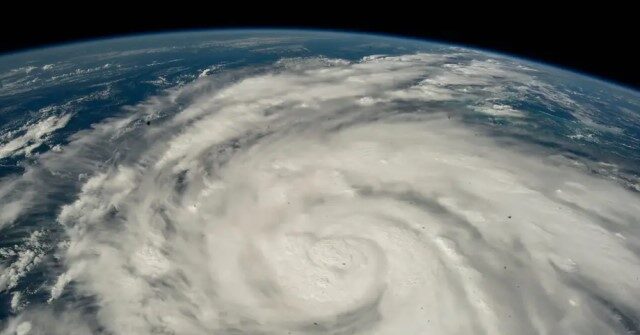 After a hurricane-free August, Florida is bracing for fierce storms and flooding as Hurricane Ian reaches landfall on the state’s southwest coast. Follow Breitbart News for live updates on this breaking story. All times eastern.

2:06 PM — Mike Bettes, meteorologist for The Weather Channel, posted a “rare” view of the storm surge on Estero Blvd in Fort Myers Beach, FL. According to Bettes, the camera is six feet off the ground.

*RARE* first person view of storm surge. This camera is 6 feet off the ground on Estero Blvd in Fort Myers Beach, FL. Not sure how much longer it keeps working. You’ll see it live only on ⁦@weatherchannel⁩ #Ian pic.twitter.com/WwHtvgVxjY

2:04 PM — Mike’s Weather Page, a trusted source for over one million followers across social media and countless Floridians, is storm chasing live as Hurricane Ian makes landfall on the Sunshine State’s west coast.

Sustained winds now at 45mph. Emergency vehicles are being pulled off the roads in Sarasota County as Ian’s eyewall is now about 40 miles away. @spann #HurricaneIan #flwx pic.twitter.com/utiou22JvE

1:46 PM — Winds are picking up significantly in Fort Myers Beach.

1:37 PM — DeSantis said Hurricane Ian will likely go down as “one of the storms people remember,” thanking people for their prayers for the state.

1:33 PM — DeSantis added that they will be submitting a major disaster declaration for all 67 counties, requesting that the federal government “reimburse 100 percent of the upfront costs for the first 60 days to ensure that we can quickly recover and move forward into the response and recovery part” in the aftermath of the storm.

1:30 PM — The governor highlighted the Florida National Guard’s “really impressive mobilization of over 5,000 folks as well as 2,000 additional guardsmen from other states” ready to respond.

1:23 PM — Gov. DeSantis is providing a 1 p.m. update on Hurricane Ian, which is making landfall in southwest Florida. Maximum sustained winds are still 155 mph, just short of a Category 5 storm.

1:14 PM — Gov. DeSantis has continued to combat attempts to politicize the storm, dismissing an inquiry from a reporter Tuesday and correcting the record following claims that the state has lacked in its response to the storm.

“Whoa whoa whoa whoa. Give me a break. That is nonsense. Stop politicizing. Okay? Stop it,” DeSantis said, adding, “I don’t think we’ve ever —  certainly since I’ve been governor — declared a state emergency this early. We made sure that we were very inclusive with it.”

After @politicofl‘s Matt Dixon was forced to issue a correction to his fake news propaganda from this morning, ANOTHER Politico reporter wrote a new story about #HurricaneIan… nice stealth-editing, guys! pic.twitter.com/6KvLFOO17Q

1:02 PM — Videos taken from Bayshore Blvd in Tampa, Florida, show the bay being “sucked out” as a result of the storm earlier this morning.

Additional video showing the water retreating. Previous video was from Tampa Bay. Assuming this is the same? The wind is pushing all the water out, be careful once the storm moves on shore, the wind direction will change and all that water will move back in. #hurricaneIan #ian https://t.co/NsHMHnfC17

12:41 PM –– There is currently an “enhanced risk” for tornadoes for the east coast of Florida, primarily spanning from Daytona to West Palm Beach — the latter of which is minutes away from former President Donald Trump’s Mar-a-Lago home.

Another aspect related to #Ian is the tornado risk for the Florida peninsula in outer rainbands away from the immediate center. @NWSSPC currently has an enhanced risk for tornadoes focusing along the E FL coastline near Daytona & West Palm Beach.

12:28 PM — The storm’s eyewall is moving onshore at Sanibel & Captiva Islands, per the NHC.

The eyewall of Ian is now moving onshore at Sanibel & Captiva Islands.

12:11 PM — Hurricane Ian’s potential for broad impacts — beyond the west coast of Florida — seems to be the emerging theme on Wednesday. Gov. DeSantis has repeatedly emphasized that the storm’s impacts will be broad due to the massive size of the storm and recent tracks showing it moving diagonally across the state, up to the northeast coast.

“Just understand the impacts are gonna be far, far broader than just where the eye of the storm happens to make landfall,” he cautioned on Tuesday.

Florida’s northeastern counties, such as St. Johns, have evacuations in place for certain zones, including the entire City of historic St. Augustine. Schools have also been canceled for the remainder of the week.

AccuWeather meteorologists warn that after #HurricaneIan slams into Florida, its dangers will be far from over across the Southeast as hazards both inland and along the coast are expected. https://t.co/z66YpDoLNl

Video from Matt Tilman of Bayshore Blvd in Tampa. The bay being sucked out. #hurricaneian #ian pic.twitter.com/F54Lv1r5KV

Reed Timmer was in Pine Island, Florida this morning when conditions deteriorated further with the arrival of #HurricaneIan.

11:52 AM — The bulk of Florida’s west coast is facing significant storm surge — up to 18 feet in Bonita Beach. The east coast of the state is also facing these risks, as the St. Johns River could see storm surge 3-5 feet, as could the coast line.

9/28 11am EDT: Eyewall of #Ian moving onshore! Catastrophic storm surge along with destructive waves are expected along the southwest Florida coast from Englewood to Bonita Beach, including Charlotte Harbor. Residents should urgently follow evacuation orders in effect. pic.twitter.com/a82s6OGus6

The eyewall of Hurricane Ian, with winds of 155 mph, is moving onshore. Catastrophic storm surge inundation of 12 to 18 feet above ground level along with destructive waves are expected along the SW Florida coastline from Englewood to Bonita Beach, including Charlotte Harbor. pic.twitter.com/kU8bVcy3qM

11:46 AM — West Central Florida could be facing 24 inches of rain, according to NWS Tampa Bay.

11:41 AM — Gov. DeSantis put some further perspective on the massive storm, warning that it is “strong as a large tornado” and to expect “strong winds, heavy rains and flooding.”

As #HurricaneIan moves across the state, with more than 155 mph winds, this is as strong as a large tornado. Expect strong winds, heavy rains and flooding.

Listen to your local officials and follow @FLSERT for updates. pic.twitter.com/q4OP9pm3sW

11:31 AM — The NHC is also warning of hurricane-force winds extending “well inland along the core” of the storm, along with “widespread, life-threatening catastrophic flooding” in portions of central Florida. There will also be “considerable flooding in southern Florida, northern Florida, southeastern Georgia, and coastal South Carolina.”

11:22 AM — Gov. Ron DeSantis’s (R) Rapid Response Director Christina Pushaw is addressing members of the establishment media who are salivating over the prospect of the storm serving as a “test” to the governor.

Media talking point is Hurricane Ian is a “test” of @GovRonDeSantis. No – it’s a natural disaster; the governor is focused on saving lives. Stop politicizing!

If you are genuinely curious about how Gov. DeSantis responds to emergencies, see Surfside 2021. We are in good hands 🙏🏼

Floridians’ lives are in danger, so of course CNN is rooting for the hurricane. https://t.co/oHgZsO1XQD

11:12 AM — The National Hurricane Center’s (NHC) 11 a.m. advisory has Hurricane Ian maintaining its status as a strong Category 4 hurricane with maximum sustained winds of 155 mph. It warns of “catastrophic storm surge inundation of 12 to 18 feet above ground level along with destructive waves” along the southwest Florida coastline “from Englewood to Bonita Beach, including Charlotte Harbor.”

11:06 AM — Gov. Ron DeSantis (R) held a brief press conference with linemen ahead of the storm’s landfall, who assured they are executing their plans as the storm approaches. The governor stated during his 7:30 a.m. press conference that the state has over 30,000 linemen ready to respond to the storm:

10:47 AM — Hurricane Ian has reached wind speeds just 2 mph shy of Category 5, per the Associated Press:

U.S. Air Force hurricane hunters confirmed Ian gained strength over warm Gulf of Mexico water after battering Cuba, bringing down the country’s electricity grid and leaving the entire island without power. Ian was centered about 65 miles (105 kilometers) west-southwest of Naples at 7 a.m., swirling toward the coast at 10 mph (17 kph). 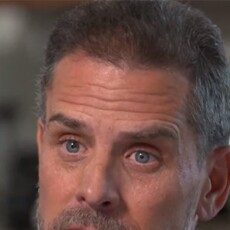