As readers at GumshoeNews know very well, there is utter corruption in the child protection system. I know intimately some cases in Australia, US, and UK, and have been told that it is the same in Canada and New Zealand. Norway is said to be at the zenith as far as flagrant criminality of state-run child-snatching is concerned.

Today I am writing about Ireland. The ordinary folk of Ireland have been pretty mouthy when it comes to objecting to Covid lockdown, mask-wearing, and other illegitimate nonsense. So it’s not surprising that they are onto the CPS game.

I’ve just made up the noun “Sweeny” to capture one aspect of the problem – one with which we haven’t have had much experience in Oz. Namely, the CPS’s punish-a-parent routine can be activated when government wants to harass a Mom or Dad for political sins. This has nothing to do with pedophilia.

I’m referring to a case that emerged early this month, May 2021, in Athlone, Ireland. A parent did some filming of police entering a church to do something or other about enforcing the mask mandate.

The details of Mr Sweeny’s activism do not matter.  It also does not matter if I get the particulars of the state kidnap wrong. Later, when we have a political case in US or Australia, I can use the verb Sweeny-ize to mean a parent’s kids have been grabbed simply for the purpose of punishing the parent, OK? That’s my little lexical contribution for now.

(But with any luck, governments will not start making a regular habit of sweenyization so we won’t need to invoke it.)

(Betcha they will, though.)

Please see the relevant article online for the story. I’ll give a rough rendition here.  Mr and Mrs Sweeney were married in Ireland and have two kids. After divorce, the wife moved to France. It sounds like they have shared custody, with the kids going to school in France but spending some time with Dad in Athlone.

Dad quietly made a video of the police activity at the church and his video went viral.  I mean it would, wouldn’t it?  Police entering a church service uninvited?  And in Ireland!  Faith and begorra, I never heard of such a thing.

I think he probably happened to be in the church at the time and used his phone-camera. A few days after the video was viralized (note: it was uploaded on April 25, 2021 and has 16,00 hits at the moment), a midnight raid was made on his house.

Were they there to capture his camera and his computer? No.  How about his rosary beads, did they take the rosary beads?  No. They took his offspring.  On what basis?  BECAUSE THEY WERE “WORRIED ABOUT HIS MENTAL HEALTH.”

Pardon me if I worry about the mental health of children who are woken up by cops coming into their house in the middle of the night to snatch them, over parental protest.

Over not wearing masks in church.

The local press appears to have tried hard to get the police to explain.  This quickly led to conflicting false statements as to who had phoned in the psychology report – the “disclosure” as we so politely call it in Adelaide. It wasn’t the mother, who is on good terms with ex-husband. It wasn’t a doctor.

It doesn’t matter. I wouldn’t care if it was St Patrick himself who “disclosed” that the Daddy is mental.

Are those calls ever legitimate anyway? I’ll bet the legitimate disclosures don’t animate the CPS into action.

The Dad did subsequently approach the Family Court (which, the article says, is very expensive – oh well, so much for Magna Carta) to retrieve the babes.  He had formal, written rights, as his temporary holding of the children was not ready to expire for a few more days.

Now look, you weren’t expecting a Family Court to intervene and give a parent back his kids based on its own court order papers, were you? If you were, you sure have not done your homework at GumshoeNews, or read my book Reunion: Judging the Family Court.

Where?  Donde?  Where Are the Brats?

Sweeny could not locate the stolen kids. This is because when they are taken for whatever reason, they don’t go to the other parental.  That would be too sensible and would defeat the Sweeny-ish task of causing as much stress as possible. The kids go into short-term fostering – which, the article says, is massive business. And you don’t get to know the location!

I’ll now show you the church video.  I’ll have to say I really feel sorry for the cops that were tasked with breaking up a good Saturday afternoon Confession service, or whatever it was.

And I honestly feel sorry for all the cops in all the countries who are “forced” to grab kids – sometimes, as Dee McLachlan can tell you, screaming and trying to cling onto Mom when the deal is for them to be taken back to Mr Abuse or even Mr Knife.

Still, the cops can go on strike over this. Especially those cops who are Moms. They can simply say (as Dee said in her article last week) “I can’t harm a child as I will be rightly sued.”

Oops, the cop’s liability may be ruled out by “qualified immunity.”  Let’s not go into that. Apices juris non sunt jura.  The niceties of the law are not the law. I’m just saying no cop has to obey an evil order, thank you very much.

For that matter, Ireland being Ireland, the gardai could utterly refuse to go inside a church on law enforcement business. They could claim that Good Lord said “Render to Caesar that which is Caesar’s and stay out of places of worship.”

Quick recap: what is a Sweeny? It is the CPS child-grabbing routine being deployed for a strictly political purpose that has zilch to do with the welfare of the child. 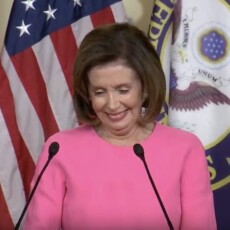 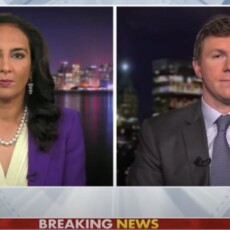