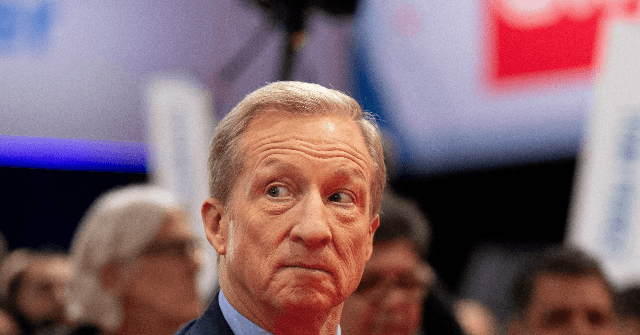 This weekend, as Breitbart News reported, before President Donald Trump even formally nominated Barrett to fill the Supreme Court vacancy left behind by the passing of the late Ruth Bader Ginsburg, Brougher leveled vicious personal smears against her, questioning the legitimacy of the adoptions she and her husband made of two children from Haiti.

“As an adoptee, I need to know more about the circumstances of how Amy Coney Barrett came to adopt her children, and the treatment of them since,” Brougher wrote in a tweet. “Transracial adoption is fraught with trauma and potential for harm, and everything I see here is deeply concerning.”

After Breitbart News published the story, Brougher’s Twitter account was removed from the public and switched to private, hiding his comments from the American people. He was not the only person to level such a smear—another former Democrat staffer Dana Houle – who was chief of staff to Rep. Jim Himes (D-CT) and other former Democrat members – also did. Houle’s Twitter account was also hidden after the Breitbart News exposé and comments from Sens. Tom Cotton (R-AR) and Josh Hawley (R-MO) ripping him for it.

NextGen America did not reply to a press request from Breitbart News about Brougher’s comments about Barrett’s family, his hiding of his Twitter account, and whether the Democrat senators and candidates the group supports are in on it with Brougher in attacking Barrett’s adopted children.

Democrat Senators who have had expenditures either on their behalf or against their opponent or both by NextGen America include Sens. Gary Peters (D-MI), Jacky Rosen (D-NV), Maggie Hassan (D-NH), Catherine Cortez Masto (D-NV), Tammy Duckworth (D-IL), Tammy Baldwin (D-WI), and Kyrsten Sinema (D-AZ). None of those senators’ staffers, asked Monday if they approve of the attacks Brougher leveled against Judge Barrett’s family, replied to a request for comment.

They also did not answer whether they will continue to accept support from NextGen America in the wake of the group’s managing director’s decision to level these attacks.

NextGen America is also financially backing key Democrat candidates for U.S. Senate this year, like Theresa Greenfield in Iowa, Sara Gideon in Maine, and Mark Kelly in Arizona. None of those campaigns replied when asked if they find Brougher’s attacks acceptable, or if they will continue to accept NextGen America’s support in the wake of this incident.

Before Brougher worked for Steyer’s group, he was the Chief Technology Officer for Texas Democrat Wendy Davis’s failed gubernatorial campaign. Davis, who is now running for the U.S. House against Rep. Chip Roy (R-TX) in Texas, has not replied when asked if she condones such an attack by her former staffer, as Breitbart News reported this weekend.

Sen. Cotton of Arkansas told Breitbart News that these Democrat Senators and Senate candidates whom NextGen America has backed cannot be silent while taking money from a group engaged in such “vile” behavior.

“This disgusting, racist attack on Judge Barrett’s family, launched by the leader of a major Democratic dark money organization, is despicable,” Cotton said in a statement. “Every liberal politician who’s been a beneficiary of this group’s spending should condemn these vile comments without delay.”

Former Rep. Tim Huelskamp (R-KS), who also, like Barrett, has adopted two children from Haiti and now is a senior adviser to Catholic Vote and Catholics for Trump, told Breitbart News in a SiriusXM channel 125 radio special after the president announced her as his selection that he was disgusted by the attacks.

“This is not just Twitter chatter from some people holed up in their basement,” Huelskamp said. “These are high-ranking Democrat Party officials who are going after her adopted children and suggesting they were somehow illegitimately taken from Haiti and somehow because she has a transracial family somehow they don’t like that. These are folks that are on the hill, you and I both know that usually the top person in the office is not the member of Congress, it’s the chief of staff. This [Houle] is a person that’s ran congressional campaigns and ran a gubernatorial campaign that’s making these statement. Then you mentioned the guy with NextGen America. That’s a billionaire presidential candidate and one of his top staffers who’s going after this. Occasionally, I guess I should be surprised by the lack of decorum, but they just have such hatred for strong women and they are grabbing at anything they can go after. They should be cheering on a family, a couple, that’s opened their home to two children from Haiti, including a special needs child, but this is despicable conduct that’s going on. It’s what you’d expect from the left. It’s all about destroying and defaming and tearing down, and what we see out of Amy Coney Barrett is she’s going to bring this country together. On one hand, you’ve got the burn-it-down caucus of the entire Democrat Party and on the other hand you’ve got Amy Coney Barrett, who represents the best of America. In that battle, I’ll take ACB any [day], and at the end of the day I think she’ll be confirmed. I also think it’s going to be the tide that raises numerous boats for election battles in the next 40 days or so, including for the president. She’s a great pick because she’s the right person for the job, but this is going to expose again how radical and extreme the Democrat Party has become and Joe Biden, whether he’s with it or not it’s his party, and they’re going to destroy the fundamental heart of America. Amy Coney Barrett is the one standing in the way.”

Huelskamp added that these Democrats that Steyer’s NextGen America supported need to condemn his organization’s attacks.

“This NextGen America—Tom Steyer put in a quarter of a billion dollars trying to buy the nomination of his party on the other side,” Huelskamp said. “Now he’s shoveling all this money to these candidates, and they all—all—should have to respond to the fact they’re attacking this woman for being a strong woman of faith as well as for having adopted kids and has a special needs child.”

Since being founded in 2014 by Steyer, the progressive environmentalist billionaire, Nextgen America has quickly become a major power in Democratic circles. NextGen efforts have been most prominently felt in races for the United States Senate.

In 2014, the group spent more than $74 million in helping bolster Democrat candidates and causes up and down the ballot. That year, in particular, the group heavily underwrote then-Rep. Gary Peters’ (D-MI) initial race for the Senate. NextGen spent more than $113,00 in boosting Peters directly and nearly $4 million in attacking his Republican challenger. Due, in part, to the group’s efforts, Peters was the only non-incumbent Democrat elected to the Senate that year.

Similarly in 2016, NextGen played a leading role in the Democrats’ attempt to retake the upper chamber. In New Hampshire, the group spent more than $226,000 helping then-Gov. Hassan upset incumbent Sen. Kelly Ayotte (R-NH). As part of the effort, NextGen spent more than $428,000 in negative campaign ads against Ayotte. The money likely proved pivotal, as Hassan defeated Ayotte by just a little over a thousand votes.

During that cycle, NextGen also spent heavily to boost the campaigns of now Sens. Cortez Masto and Duckworth. In Cortez Masto’s case, NextGen spent more than $289,000 boosting her candidacy, while simultaneously spending more than $419,000 lambasting the Republican running.

Likewise in 2018, the group was a major factor in underwriting Democrat Senate candidates. In Nevada alone, NextGen spent nearly one million dollars in flipping the seat held by them-Sen. Dean Heller (R-NV). The group not only spent more than $609,000 on boosting Rosen’s campaign, it spent more than $301,000 attacking Heller. Rosen wound up unseating the incumbent by nearly five percentage points in what was dubbed as one of the most expensive contests in Nevada history.

Rosen wasn’t the only Democrat that NextGen helped elevate to the Senate in 2018, however. The group also played a role in financing the successful re-election campaign of Baldwin in Wisconsin, as well as Sinema’s surprise victory in Arizona.

This election cycle, NextGen appears to be trying to recreate its past success. The group is spending heavily to back a series of Democrat challengers to vulnerable Senate GOP incumbents. Topping the list are Mark Kelly in Arizona, Sara Gideon in Maine, and Theresa Greenfield in Iowa. 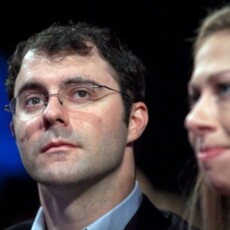 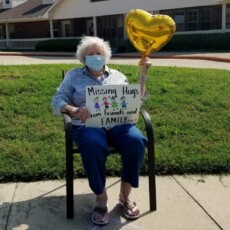