Say what? After this story broke this week Goodyear executives in Kansas said the employee lied about the information given to a local news station, that is until this audio recording leaked Thursday of the diversity training.

In the audio, an unidentified executive states that “if any associate wears all, blue, white lives matter shirts or face coverings that will not be appropriate.” The unidentified executive conducting the training said “the rules now around what you can wear, let’s try and comply with these so that ay you know everybody feels good in this factory.”

He added “I want to make sure guys, think about what we do.”

“Some people may wish to express their views on social justice or inequity or equality issues such as black lives matter or LGBTQ pride on their face coverings, shirts or wristbands. That will be deemed approved because it applies with a zero-tolerance stance,” he says.

The story was first reported by WBIW, a local Topeka news outlet. The story, along with a photo was leaked from an anonymous employee who attended the training. The training was conducted at Goodyear’s corporate offices in Akron, Ohio.

Goodyear had originally denied the reports of the discriminatory training held for employees that led President Donald Trump to call for a boycott. He called for their tires to be removed from the presidential limousine.

Wonder if Goodyear is going to own-up to their lies?

The training was apparently done with a slide presentation that prohibited employees from showing support for police.

Let’s hope more employees across the country at companies conducting this type of biased and seriously discriminatory training programs also expose and leak the information. It’s so un-American and flat out wrong.

Poll: Less than half of Americans think Trump should be convicted by Senate 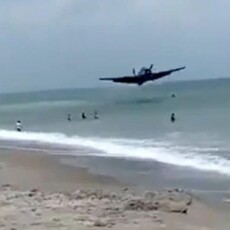 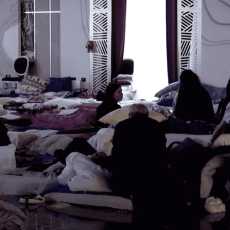