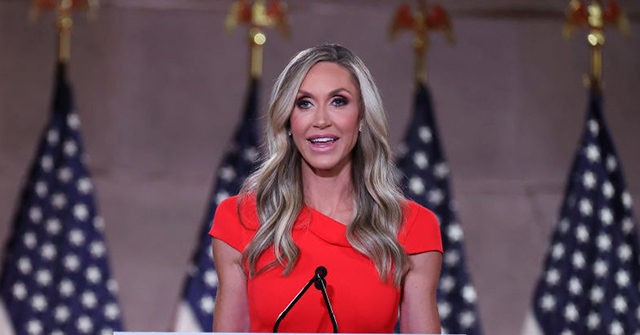 Lara Trump told the Republican National Convention (RNC) on Wednesday that former Vice President Joe Biden, if elected, “will not do what it takes to maintain order” across the country.

Speaking to the convention in prime-time, Trump argued that it was paramount to “choose the right path” forward in this upcoming general election.

“In recent months, we have seen weak, spineless politicians cede control of our great American cities to violent mobs. Defund the police is the rallying cry for the new, radical Democrat Party,” Trump told the convention. “Joe Biden will not do what it takes to maintain order.”

She added that former vice president will not “keep our children safe in our neighborhoods and in their schools” or “restore our American way of life.”

“We cannot dare to dream our biggest dreams — for ourselves or for our children — while consumed by worry about the safety of our families,” Trump said. “President Trump is the law and order President — from our borders to our backyards. President Trump will keep America safe.”

The comments come as a number of high-profile Democrats have endorsed defunding the police in the wake of the George Floyd’s death in police custody. The cause, in particular, has gained traction among progressives and social justice activists, many of whom feel the outrage sparked by Floyd’s death presents an opportunity to reform law enforcement practices to protect against racial bias. Some, like Rep. Alexandria Ocasio-Cortez (D-NY), also argue that reducing and defunding police department budgets would help provide for more funding for education and public housing.

Biden, himself, has not gone as far, despite the hopes of some allies. In June, he signaled his support for reforming police practices and called for more funding for community diversion programs, but stopped short of endorsing the defund movement.

“I don’t support defunding the police. I support conditioning federal aid to police based on … certain basic standards of decency and honorableness and, in fact, are able to demonstrate they can protect the community and everybody in the community,” Biden told CBS News at the time.

Republicans, however, have questioned whether Biden would have the “strength to stand up” to those within his party that are urging the defunding of police. 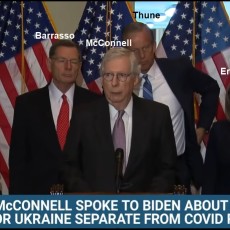 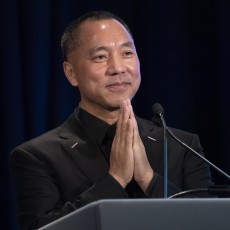 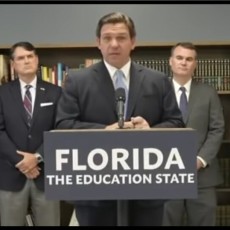