On Saturday August 13, 2022, an unknown suspect, later identified as Arenas was driving a 2021 White Toyota Prius and drove up next to a 13-year-old victim while walking home.

The suspect opened the passenger door of the car, displayed a weapon, and directed the victim to enter his vehicle. Out of fear the victim complied with his demand. While inside the vehicle, the suspect sexually assaulted the victim. The victim eventually escaped and fled on foot.

On Thursday September 22, 2022, Arenas was arrested and transported to Van Nuys Station.

Detectives are asking anyone who may be a victim or has additional information regarding Jonh Erik Bastidas Arenas to contact Juvenile Division detectives at (818) 374-5415. During non-business hours or on weekends, calls should be directed to 1-877-LAPD-24-7 (877-527-3247). Anyone wishing to remain anonymous should call the LA Regional Crime Stoppers at 1-800-222-TIPS (800-222-8477) or go directly to www.lacrimestoppers.org. Tipsters may also visit www.lapdonline.org and click on “Anonymous Web Tips” under the “Get Involved-Crime Stoppers” menu. Tipsters may also download the “P3 Tips” mobile application and select the LA Regional Crime Stoppers as their local program. 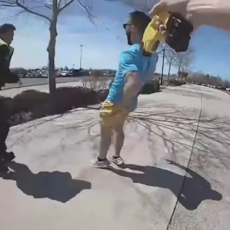 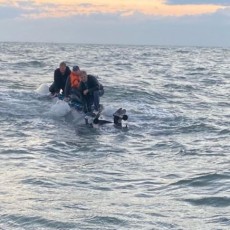