A homeowner in Milwaukee, Wisconsin fired a warning shot at protesters in his neighborhood. pic.twitter.com/YAEHDfcBBk

Multiple buildings set on fire during 2nd night of unrest

On Monday night, rioters in Kenosha, Wisconsin spread their civil unrest from primarily urban and commercial centers, to residential areas.

Shortly after midnight, a group got in their cars and traveled to a residential neighborhood where they parked in a grassy area across from a row of houses. As they began exiting their vehicles, a homeowner emerged from his house and began firing warning shots at the rioters.

In another incident, a group of rioters attacked and burned several local businesses in an area near a residential neighborhood. As the rioters moved through the area, several shots rang out from a man who appeared to be a business owner.

The Kenosha Courthouse, which was guarded by the Wisconsin National Guard, came under sustained attack by hundreds of rioters who hurled bottles and hot fireworks at them.

Battle rages on between the National Guard and Black Lives Matter rioters in front of the courthouse in Kenosha. pic.twitter.com/eawsng2irl

Fire has been set to several buildings near 60th and 11th in #Kenosha — and it’s quickly spreading throughout the area. pic.twitter.com/XqVkoQKkiK 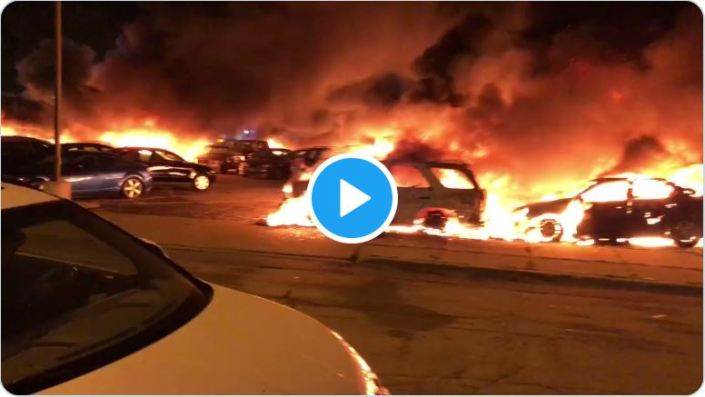 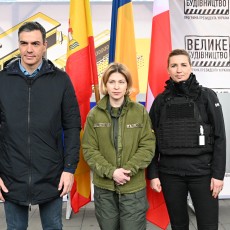 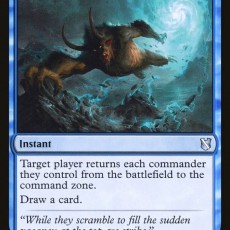