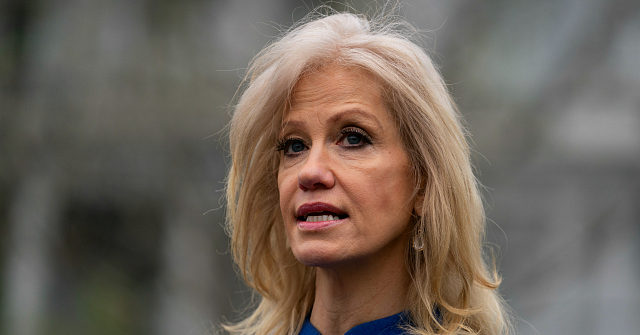 White House Senior Counselor to the President Kellyanne Conway announced Sunday that she would step down from her position to focus her time on her family.

“This is completely my choice and my voice,” she said in a statement. “In time, I will announce future plans. For now, and for my beloved children, it will be less drama, more mama.”

Conway will still speak at the Republican National Convention this week, a White House source tells Breitbart News. She will reportedly begin the process of transitioning out of the White House at the end of August.

“As many convention speakers will demonstrate this week, President Trump’s leadership has had a measurable, positive impact on the peace and prosperity of the nation, and on millions of Americans who feel forgotten no more,” she wrote.

Conway is one of the longest-lasting senior aides to the president, entering the administration at the beginning after serving as the manager of the president’s winning 2016 campaign.

“The past four years have allowed me blessings beyond compare as a part of history on Election Night 2016 and as Senior Counselor to the President,” she wrote. “It’s been heady. It’s been humbling.”

Conway was notable for her connection to the pro-life movement and her efforts to fight the opioid addiction epidemic as well as other coalitions. She also served as a fearless defender of the president in corporate media.

“The incredible men, women, and children we’ve met along the way have reaffirmed my later-in-life experience that public service can be meaningful and consequential,” she wrote.

Kellyanne Conway acknowledged her political disagreements with her husband and said that he would “make changes” to focus on their family.

“We disagree about plenty but we are united on what matters most: the kids,” she wrote.

George Conway said on Twitter that he would step back from the Lincoln Project and take a hiatus from Twitter, a venue where he has repeatedly savaged the president.

“So I’m withdrawing from Project Lincoln to devote more time to family matters. And I’ll be taking a Twitter hiatus,” he wrote on Twitter. “Needless to say, I continue to support the Lincoln Project and its mission. Passionately.”

So I’m withdrawing from @ProjectLincoln to devote more time to family matters. And I’ll be taking a Twitter hiatus.

Needless to say, I continue to support the Lincoln Project and its mission. Passionately. 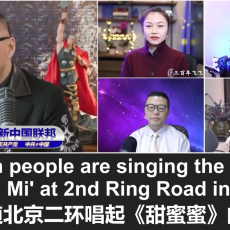 1/24/2022 Miles Guo: The Tian Mi Mi movement has gained the support from those in the CCP and people from all walks of life in Communist China, so Xi Jinping’s “China Dream” will be turned into a nightmare