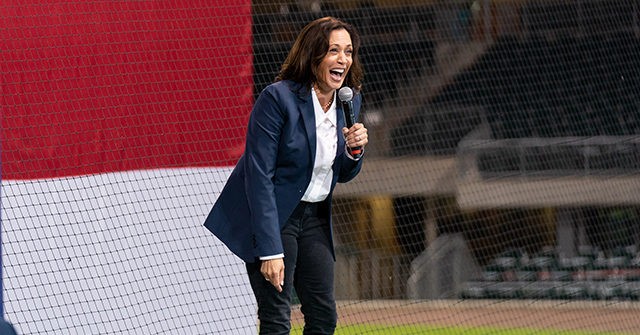 “I’m undocumented … I can’t vote …What can we do during this election to help make sure that we get you elected?” asked Astrid Silva, who was brought into the United States as a child by her illegal migrant parents.

“You can tell people who can vote what life is like for you now, and what life can be like,” Vice President nominee Harris told the Nevada-based political organizer who runs the pro-amnesty Dream Big Nevada group, adding that:

We are committed to shutting down private detention centers and ending policies that have been about separating children from their parents at the border.

Harris’s comments may be a coded message to would-be illegal migrants and their supportive legal-immigrant relatives.

For example, if implemented, Harris’s promise to start “shutting down private detention centers” could cripple border enforcement. If the enforcement agency does not have commercial prisons to hold detainees prior to their asylum hearings, the agency would be forced to release waves of job-seeking migrants into the U.S. labor market.

Similarly, Harris’s promise to end “policies … about separating children” echoes the media-magnified demand by pro-migration activists that officials release migrant mothers and children when they cross the border. That demand would let migrant families freely travel to relatives — including their illegal migrant husbands and fathers — who are working illegally in the United States.

Last week in Nevada, I caught up with my friend @Astrid_NV, to discuss the Biden-Harris plan for immigration reform and how Dreamers can make a difference in this election.

If you’re eligible to vote, show up at the ballot box for those who can’t: https://t.co/VbrfuqVy9P. pic.twitter.com/knU2qFSYmn

Like Biden, Harris pushed the Cold War “Nation of Immigrants” claim, even though only about 10 percent of people in the United States are legal immigrants:

We want to have a president who understands we are a nation of immigrants. This is a country that was built and that has derived its strength from immigrants coming here over the generations.

Harris also tried to blur the legal and civic differences between illegal migrants, legal immigrants, and American citizens. For example, she told Silva:

Define who you are, and you tell the world who you are. Don’t let anybody ever put you in a box because they have a limited perspective on who can do what and who can be one.

We are all in this together. And so, chin up, shoulders back, right? We speak our truth and know that there will always be people applauding and supporting that even if you can’t see them at that one moment, know that there are so many of us who are supporting your leadership and the power of your voice. It’s really important.

Harris also claimed President Donald Trump vilified immigrants: “We’ve seen under the current president the kind of vitriol, the kind of hate, the vilification of immigrants in such a horrible way.”

But a Washington Post poll showed in April that Latinos are the strongest advocates for a near-total halt to legal immigration during the coronavirus epidemic and economic crash.

Biden’s 2020 plan promises to “reassert America’s commitment to asylum-seekers and refugees,” wipe out Trump’s asylum reforms, bar any deportations for 100 days, and end migration enforcement against illegal aliens unless they commit a felony. 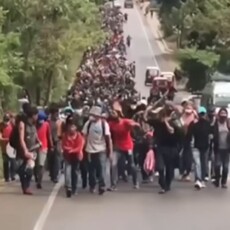 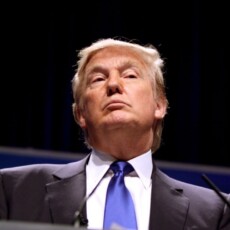 Donald Trump Tells Rush: ‘Iran Has Been Put On Notice’ To Not ‘F— Around With Us’