Kamala Harris is pushing for a bill to prevent “voter suppression” that will undoubtedly make elections less safe.

Harris is using the death of Representative John Lewis to push for the total removal of voter ID laws. She is calling on Congress to pass the John Lewis Voting Rights Act before the November election.

In an op-ed published in the Washington Post, Harris alleges that Republican’s voter-ID laws are specifically targeting minority voters, and are acts of voter suppression.

Kamala Harris also stated: “We know what we have to do to fulfill the promise embodied in the 19th Amendment: We need to pass the John Lewis Voting Rights Act, support automatic and same-day voter registration, and help fund secure state voting systems. And that is what Joe Biden and I will do when we’re in the White House.”

Many oppose same-day voter registration for two reasons: it makes voter fraud easier, and promotes chaos at the polls.

The Heritage Foundation states that “election officials have no time to verify the accuracy of voter registration information and cannot anticipate the number of voters, ballots, and precinct workers that will be needed.”

Ami Horowitz, a conservative documentary filmmaker, went to UC Berkeley to ask what people thought about voter-ID laws. Then he want to Harlem to ask black people the same questions, and what they thought about the answers given in Berkeley:

DOJ and FBI Just Uncovered Some of Our Worst Fears 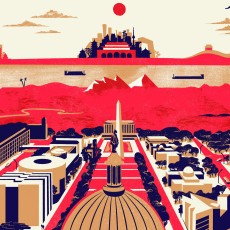 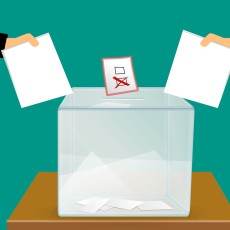