Yaspal Persaud, 28, has been convicted for kidnapping and other crimes by a jury for accosting his estranged wife at her job, forcing the 30-year-old woman into his vehicle and driving away with her in front on stunned onlookers. The defendant led police on a multi-county, high-speed chase before he was found that evening with the victim at a Howard Beach motel in January 2021.

Queens District Attorney Melinda Katz said, “The defendant’s criminal actions made his estranged wife fear for her life as she was forcibly dragged from her place of business and taken to a motel against her will, despite having an order of protection in effect against her husband—which was issued a month earlier at our request after he strangled her and caused her to pass out at least three times in their Little Neck home. Domestic violence is not acceptable in any form, and my Office will continue to hold accountable those who choose to inflict physical harm and mental trauma on their intimate partners. A jury has now found this defendant guilty of serious crimes and he faces significant prison time at sentencing.”

Persaud, of 58th Avenue in Little Neck, Queens, was convicted by a jury following a nine-day trial Thursday before Queens Supreme Court Justice Michael Yavinsky on charges of kidnapping in the second degree, strangulation, criminal contempt in the first degree and harassment in the second degree. Judge Yavinsky ordered the defendant to return to Court on September 15, 2022. Persaud faces up to 32 years in prison at sentencing.

According to the charges, said District Attorney Katz, on the morning of December 24, 2020, officers were conducted a wellness check at the Persaud residence in Little Neck upon the request of the mother of the victim who is his estranged wife. Police officers arrested the defendant when they learned he had repeatedly strangled the victim the previous night when she told him she was leaving him. Police arrested Persaud. Consequently, an order of protection was issued on his estranged wife’s behalf. 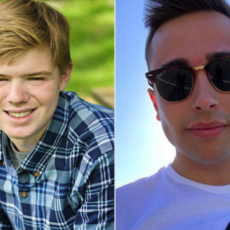 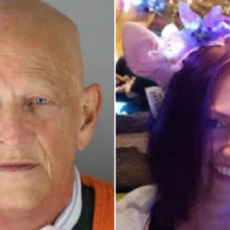 Minnesota man, 64, indicted for murdering his ex-wife days after she married ‘that hillbilly who took his stuff’ Customer Indicted in Memphis Restaurant Slaying: “If he had not pushed me, I would not have killed him.”