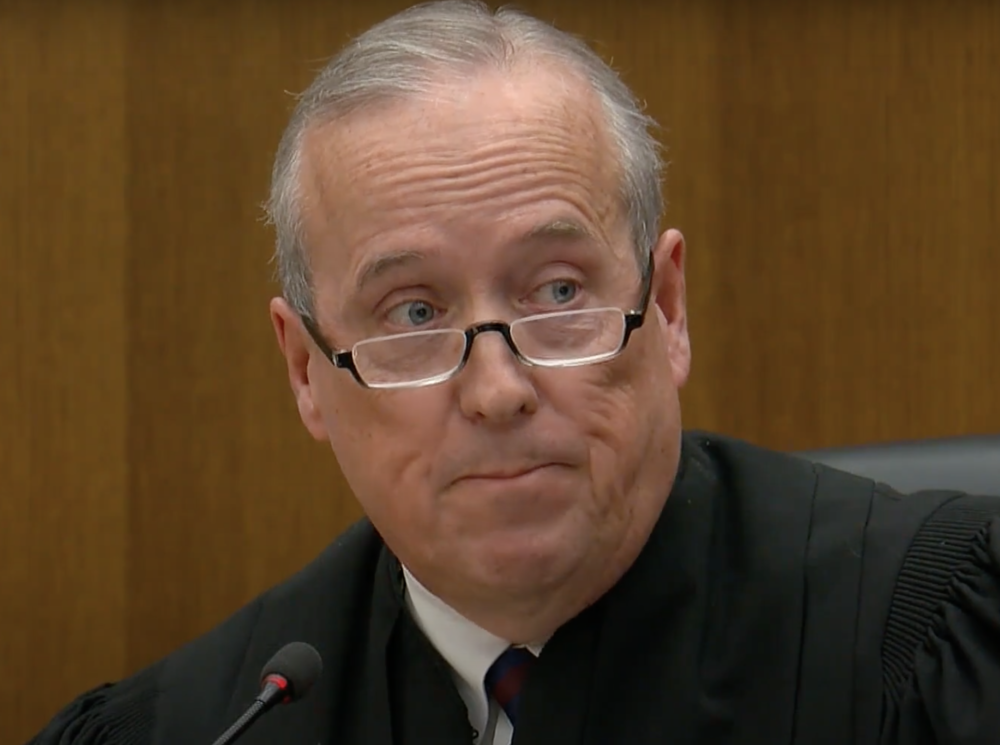 The judge overseeing former Minneapolis police officer Derek Chauvin’s trial hinted at a possible appeal after hearing the defense team’s argument that Democrat Rep. Maxine Waters’ recent call to violence if the trial does not result in a guilty conviction could influence the jury’s verdict.

“My phone gives me alerts on things that just happened. I mean, you can’t avoid it,” Chauvin’s attorney Eric Nelson argued. “And it is so pervasive that I just don’t know how this jury, it can really be said to be that they are free from the taint of this. And now that we have US representatives threatening acts of violence in relation to the specific case is mind-boggling.”

“I’ll give you that Congresswoman Waters may have given you something on appeal that may result in his whole trial being overturned,” Judge Peter Cahill conceded before hearing the state’s position.

“I will give you that Congresswoman Waters may have given you something on appeal that may result in this whole trial being overturned,” says Judge Peter Cahill to Derek Chauvin’s lawyer Eric Nelson pic.twitter.com/ArQX8xl7dH

While Cahill denied Nelson’s attempt to use Waters’ comments as a reason to be granted a motion for mistrial, the judge did acknowledge the danger of her rhetoric and presence in Minnesota.

“I’m aware that Congresswoman Waters was talking specifically about this trial, and about the unacceptability of anything less than a murder conviction, and talk about being confrontational,” Cahill said.

“…This goes back to what I’ve been saying from the beginning: I wish elected officials would stop talking about this case, especially in a manner that is disrespectful to the rule of law and to the judicial branch and our function. I think if they want to give their opinions they should do so in a respectful, and in a manner that is consistent with their oath to the Constitution, to respect the co-equal branch of government. Their failure to do so I think is important, but I don’t think it is prejudiced, with additional material that would prejudice history,” the judge said.

The jury, Cahill believes, will not be swayed by Waters’ rhetoric.

“They have been told not to watch the news,” he explained. “I trust that you’re following those instructions and that there is not in any way, a prejudice to defend beyond the articles that we’re talking specifically about the facts of this case. A congresswoman’s opinion really doesn’t matter a whole lot.”

The jury is expected to deliberate on the evidence presented in the three-week trial and deliver a verdict soon. In the meantime, Minnesota Gov. Tim Walz asked for extra law enforcement from neighboring states to quell the rioting that has plagued the state on and off for nearly a year.