HAS Alex Jones has become a sacrificial lamb in the deep state’s war against the freedom-loving public of the USA and worldwide? If you believe big media reports on his defamation trials, he blatantly lied about the Sandy Hook shooting by calling it a hoax, and cruelly defamed parents of the victims in the process.

Jones has now backed down from the Sandy Hook conspiracy and says he was mistaken, unlike Dr Jim Fetzer, another Sandy Hook “conspiracy theorist”. Whether or not Jones’ change of mind is for damage-control purposes (highly likely) or whether he actually believes the shooting narrative, we don’t know. Infowars is a big multi-million-dollar operation and Jones is fighting to save it.

Or is Jones suggesting it happened because it really did happen? Perhaps we should consider that Newtown, Connecticut, the town adjoining the Sandy Hook hamlet, is, according to a statement from the so-called Church of Satan, an “outpost” of the organisation. (“Church” or ecclesia in Greek refers to the gathering and spiritual body of Christ’s followers. Its use by Satanists is a deliberate insult to Christ).

An archived online article sourced to the satanists’ HQ in San Francisco states the following: “If you would like to receive an official information packet on our Church of Satan outpost in Connecticut, (AKA Church of Tiamat) or if you have questions, write to: Curtis M. LeBlanc [zdervish@gnn.com] PO Box 3184 Newtown, CT 06470.

Newtown has been suggested as the US East Coast headquarters for the satanists, but their official website names an address in Poughkeepsie, New York, as the central administration office. Poughkeepsie is an hour’s drive from Newtown. Readers can draw their own conclusions as to whether satanists at Newtown are somehow implicated in the Sandy Hook mass shooting.

Incidentally, the alleged shooter Adam Lanza was accused by a classmate as having an online devil-worship page. An investigation focusing on Newtown and satanic activities is covered in a blog by a fiery third-generation resident Rebecca Carnes.

Alex Jones meanwhile, has been ordered by a jury to pay $US4.11 million and $US45.2m in punitive damages to the parents of Jesse Lewis, a six-year-old reported as having been shot dead at Sandy Hook School in Newtown, Connecticut in 2012. But other parents want millions more from Jones and that threatens to send him and his Infowars platform broke.

In 2014 the 26 Sandy Hook victims’ families received $15 million of $28m in donations given since 2012. Total donations are now estimated by Dr Fetzer as high as $130m. And this year, nine families were awarded $73 million from a lawsuit against the gun manufacturer Remington, which is now bankrupt. The families of 10 reported victims are now vigorously pursuing Jones for tens of millions more with damages to be sought in two more cases following defamation suits they won against Jones last year.

Jones and the lawyer for the Lewis parents, Scarlett Lewis and Neil Heslin, and the cheering-on of mainstream media make it obvious that these defamation actions are more than just seeking redress. They are designed to shut him and Infowars down, as admitted by the couple’s lawyer, who told the jury to ‘take him out’ and “make certain he will not rebuild the platform” as “punishment and deterrence”.

Also fighting defamation proceedings is Dr Jim Fetzer, who, with 15 academic colleagues, wrote a book titled “Nobody Died at Sandy Hook”. It was banned by Amazon but was made available for free online. Fetzer, Mike Palacek and an associated business were sued for defamation by Sandy Hook parent Leonard Pozner, father of Noah Pozner whose identity and death certificate were faked, according to Fetzer.

But Fetzer is not backing down on his assertions, which he says are backed by extensive evidence gathered by 15 academic research associates, that Sandy Hook was a FEMA mass shooting drill and identities and deaths were faked.

Fetzer says his investigations also showed that the death certificate for Noah Pozner provided by Pozner to a research associate was fraudulent. But because Fetzer admitted he never personally inspected the original certificate that Pozner uploaded, the allegation was turned on its head, with Fetzer accused of being in possession of and circulating a fraudulent document that defamed Pozner.

Nevertheless, the judge, acting on procedural rules peculiar to Wisconsin, ruled that Fetzer’s forensic evidence on the death certificate and his considerable evidence that the shooting was a FEMA drill was irrelevant and the only issue at trial was damages. “Dr Fetzer’s conspiracy theory had no bearing on Mr Pozner’s damages and was properly excluded,” Pozner’s lawyers submitted.

Fetzer is currently seeking a stay in proceedings while he takes the matter to the US Supreme Court. And needless to say, Pozner’s legal team contend Fetzer has not established any basis to stay the order in the Wisconsin District Court pending the outcome of his appeal to the Supreme Court.

In “lawfare” of the kind pushed by the US Democrats, and especially where a crucial narrative is at stake, you can be guaranteed every move will be challenged by every and any aspect of legalese every inch of the way. Beware slick lawyers and jurisdictions with peculiar court rules.

“We proved the school had been closed by 2008, and there were no students there,” Fetzer writes. “One contributor (of evidence), Paul Preston, who had run drills for school systems as an administrator in the past, was so bothered by what he observed being reported that he reached out to his contacts in the Obama Department of Education, all of whom told him that it had been a drill, that no children had died and that it was done to promote gun control.”

Fetzer and associates, including former CIA officer Robert David Steele, have published dozens of points of evidence that refute the official narrative that the event was the shooting crime of a puny teenager named Adam Lanza.

On Truth Zone, Fetzer was told by host Deane Pollard Sacks, who has a law background, that she was told by a witness to the event at Newtown that leading media figures including CNN’s Anderson Cooper came into town the night before the shooting. Questioned further as to why, the woman (a Newtown resident) said she believed it had to do with the fact that the town was the official headquarters of the Church of Satan.

Fetzer went on to explain that the events on the ground there corresponded to the drill, for instance the electronic sign there saying “everyone must check in on arrival”, porta-potties being set up (laughed at by police crime scene investigators), supplies of pizzas and bottled water at the firehouse and colour-coded name tags on lanyards, as normally supplied by FEMA at drills.

He said parents even brought children to the scene because it was a rehearsal and it was being treated as “a festive event” and the media were there early in order to be “Johnny on the spot” and to give maximum impact. There were also no emergency medical staff (EMTs) in the school building, no lineup of ambulances and no evaculation of the additional 469 students. “It was just farcical, but the judge said I could not introduce any of that evidence – not even a consolidated FBI crime report for 2012 that shows there were no murders or even non-negligent homicides in Newtown (which includes Sandy Hook) in 2012,” said Fetzer.

Alex Jones went on air after the trial pleading for financial support of his online products. He was in no doubt that the entire lawsuit was part of an operation by the Democrats and the corporate media to silence him and Infowars.

The multi-million-dollar Infowars news business has reached millions of people worldwide since the 1990s, and is filing for bankruptcy through its operating company, Free Speech Systems LLC, because of the lawsuits. With two more cases to go, it looks like Jones is destined for bankruptcy if he cannot raise the tens of millions in damages. 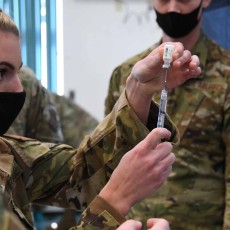 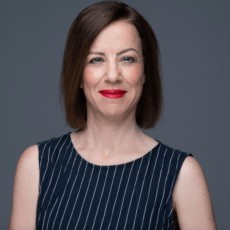 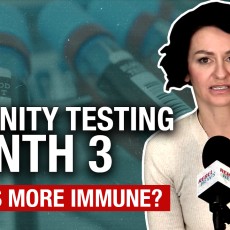 Immunity Test Month #3: Who is more immune? The jabbed or the recovered?