More than 100 days have passed since the infamous leak of the U.S. Supreme Court’s majority draft opinion in Dobbs v. Jackson Women’s Health Organization and Americans are still no closer to finding out the identity of the leaker than the day the draft decision was published.

Not long after its publication in Politico on May 2, Chief Justice John Roberts released a public statement confirming the authenticity of the draft opinion, while also announcing the launch of an internal investigation to identify the leaker.

“This was a singular and egregious breach of that trust that is an affront to the Court and the community of public servants who work here,” Roberts said. “I have directed the Marshal of the Court to launch an investigation into the source of the leak.”

Threats against the Court

Unfortunately for the Republican-appointed majority on the court, the damage had already been done. Almost immediately following the release of the draft opinion, leftist anarchists orchestrated a threat and intimidation campaign to scare Justices Clarence Thomas, Neil Gorsuch, Amy Coney Barrett, Samuel Alito, and Brett Kavanaugh into switching their votes on the Dobbs case and upholding the 1973 Roe v. Wade decision that invented a constitutional “right” to abortions.

Left-wing activist groups such as Shut Down D.C. and Ruth Sent Us organized demonstrations outside the homes of Alito and Barrett, with the latter group even going as far as to target Barrett’s church and children.

“If you’re in the DC metro area, join us. Our protests at Barrett’s home moved the needle to this coverage,” the group said in a now-unavailable tweet. “Falls Church is a People of Praise stronghold. She sends her seven kids to a People of Praise school that she sat on the Board of Directors for. She attends church DAILY.”

While picketing outside the home of a judge or justice with the intent to influence judicial outcomes is a federal crime, Attorney General Merrick Garland has refused to uphold the law and charge demonstrators under 18 U.S. Code § 1507.

The most horrifying of the threats, however, came in early June when a mentally unstable leftist attempted to assassinate Justice Kavanaugh at his Maryland home over the judge’s support of striking down Roe. While grievous in nature, the story received virtually no coverage by legacy media’s Sunday news shows and was buried by The New York Times.

Despite his tough rhetoric in condemning the draft decision’s leak, Chief Justice Roberts has yet to provide any details about whether the court’s inquiry has identified the individual responsible, let alone if the investigation remains ongoing. Given the long-held and respected inner workings of SCOTUS and the small pool of individuals granted access to draft opinions, it seems highly irregular that court authorities have not yet publicly identified the leaker.

Regardless of the investigation’s status, however, Roberts’ failure to provide swift and deserved accountability to the individual responsible sets a dangerous precedent, one where overtly political figures operating at the high court can leak decisions ahead of their release without fear of repercussion. While the court’s current conservative majority stood firm in the face of vile threats coming from left-wing activists this time, there’s no guarantee that such a trend will hold regarding other high-profile cases in the future, or that future justices will possess similar fortitude.

If Roberts truly had any interest in preserving the image of the court as has been claimed, he should move to disclose any information about the status of the investigation and any of its conclusive findings. Anything short is simply playing politics and further contributing to Americans’ increasing distrust of their country’s institutions.

The Supreme Court’s Public Information Office did not respond to The Federalist’s inquiry as to whether the investigation ordered by Roberts remains ongoing or if the individual responsible for the draft opinion’s leak has been identified.

Shawn Fleetwood is an intern at The Federalist and a graduate of the University of Mary Washington. He also serves as a state content writer for Convention of States Action and his work has been featured in numerous outlets, including RealClearPolitics, RealClearHealth, and Conservative Review. Follow him on Twitter @ShawnFleetwood 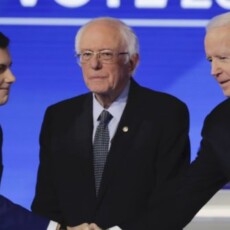 Joe Biden Has Not Yet Named Bernie Sanders Supporters to Cabinet, White House 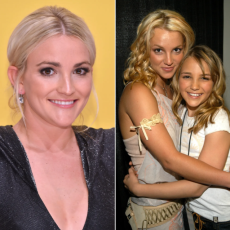