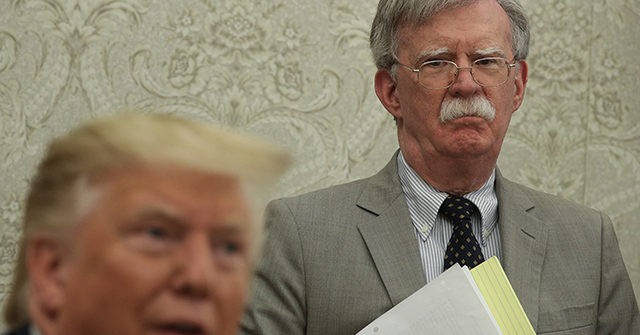 Former National Security Advisor John Bolton has disputed a story in The Atlantic claiming that President Donald Trump called fallen World War I soldiers “losers.” Bolton told the New York Times Friday that “I was there” and “I didn’t hear that.”

The Atlantic‘s Jeffrey Goldberg published an article titled “Trump: Americans Who Died in War Are ‘Losers’ and ‘Suckers’.” The story also claimed that Trump skipped a 2018 visit to the Aisne-Marne American Cemetery near Paris, where the fallen of the battle of Belleau Wood are buried, because he feared rain would ruin his hair. Goldberg’s sources were all anonymous.

The White House vigorously denied the report, and several officials who accompanied Trump on his trip to Europe in 2018 denied that the president had ever said anything like that. Public documents also support the idea that the president’s visit was canceled due to weather, not because the president worried about his hair.

On that Atlantic Story – @JeffreyGoldberg and his “four sources” claim Trump’s helicopter flight to the US/French cemetery wasn’t cancelled due to weather.

FOIA docs prove this to be false.

Bolton, who has emerged as an adversary of the president since leaving the administration last fall, wrote in his tell-all book about Trump that the visit to the cemetery by helicopter had been canceled because of weather. Driving, Bolton wrote, was not an option because of the “unacceptable risk” of being stuck in traffic if an emergency arose. He criticized the media for falsely reporting that Trump skipped his visit because he was “afraid of the rain.”

Bolton, no fan of Trump’s, on the decision for Trump to skip Belleau Woods pic.twitter.com/OG4hGFwIfQ

On Friday, Bolton confirmed his account in an interview with the Times, and added that he never heard Trump say “losers” or “suckers”:

He got support from an unlikely source on Friday when John R. Bolton, his former national security adviser who has broken with him and called him unfit for office, said he was on the trip in question and never heard Mr. Trump make those remarks. “I didn’t hear that,” Mr. Bolton said in an interview. “I’m not saying he didn’t say them later in the day or another time but I was there for that discussion.”