Former Vice President Joe Biden appeared to have a script before him during a video call via Zoom with Sen. Kamala Harris (D-CA), who was selected by his campaign to be his running mate on Tuesday. One America News’s Jack Posobiec made the observation on Twitter while sharing a photo released by Adam Schultz, the photographer for Biden’s presidential campaign.

Schultz photographed Biden during a video call with Harris, describing the image as capturing the moment Biden advised Harris of her selection. “[Joe Biden] picks [Kamala Harris] for VP at his home in Delaware today over zoom,” he wrote on his Instagram post.

“Biden had to read a script when he called Kamala,” wrote Posobiec on Twitter. He included a zoomed-in image of what seems to be a print-out script on the desk in front of Biden’s laptop.

He is also holding his phone upside-down

Biden rarely speaks extemporaneously in public appearances — relying largely on notes and teleprompters — ranging from campaign events to interviews with news media. Over the past year, Biden has been repeatedly captured mispronouncing words, speaking incoherently, and losing his train of thought.

Asked about his cognition in June, Biden claimed he had “been tested” and is “constantly tested.” In August, he said he had not taken such a test.

Selected Articles: India, COVID and the Need for Scientific Integrity Not Sensationalism 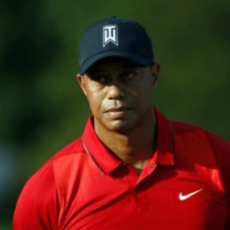