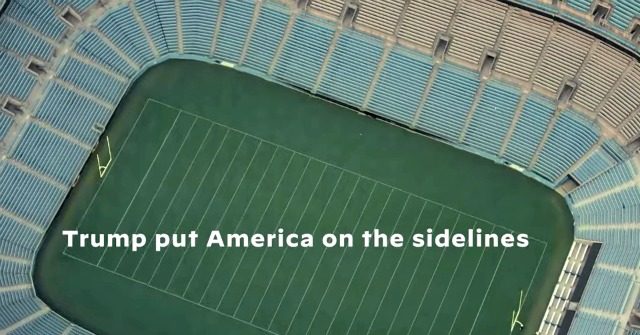 A new ad by Joe Biden’s campaign is attempting to place the blame on Donald Trump for a decision Michigan Gov. Gretchen Whitmer (D) made to cancel football in the state — one of the few governors to make such a move.

The ad shows empty high school and university stadiums, including the University of Michigan and Michigan State University:

“Trump put America on the sidelines,” the ad claims.

But state sports leaders put the blame on Whitmer.

The frustration in Mark Uyl’s voice is easy to detect.

The Michigan High School Athletic Association executive director is exasperated after trying to communicate with Gov. Gretchen Whitmer’s office after she issued Executive Order 160 on July 31, which, for all intents and purposes, ended football this fall and halted volleyball, girls swimming and diving and boys soccer.

“Our frustration right now is that we’re following EO 160 as it relates to football,” Uyl said, upset that some private groups are now filling the void.

“So we’ve asked some very pointed questions this week: You’ve told us we couldn’t do football and obviously others are trying to do what you told us we can’t?”

Trafalgar Group pollster Robert Cahaly contended the cancellation of fall football could have an impact on the presidential election.

63.8% of undecided voters in our @trafalgar_group #MI poll want @bigten to play football this fall. @realDonaldTrump’s opposition to #football being canceled this fall makes these voters more likely to support him by 4/1. So I’m NOT shocked @JoeBiden running football themed ads.

Cahaly wrote on Twitter that 63.8 percent of undecided voters in the company’s recent poll want Big Ten football this fall.

He said Donald Trump’s support of holding a football season makes those undecided voters more likely to support him by 4-to-1.

Breitbart News previously reported Whitmer has been the “lone governor” holding up the season.

“I was also told that one roadblock to the new plan is the fact that Michigan Governor Gretchen Whitmer has been vehemently opposed to football being played – at the high school and college level – in the state this fall,” Ohio State insider Jeff Snook said. 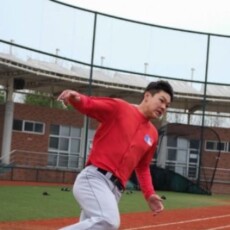 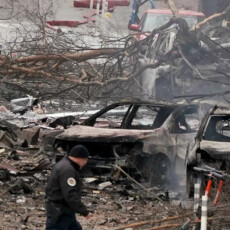 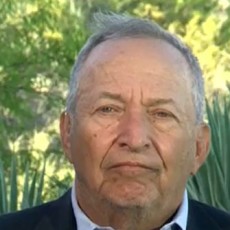 Summers: Recession Risks ‘Are Going Way Up’ – Greater Than 2/3s Chance It Happens in Next Two Years