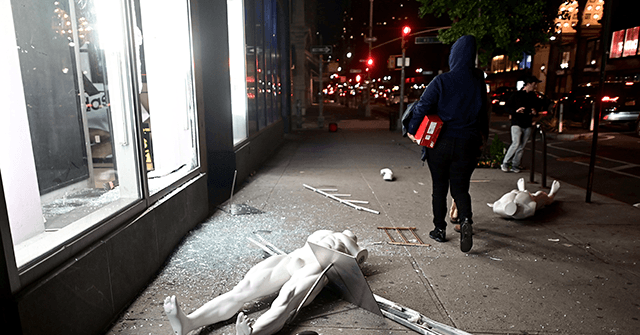 Ranking Member of the House Judiciary Committee Rep. Jim Jordan (R-OH), during a committee markup Tuesday, ripped Democrats for “raising bail for the rioters and looters” while Republicans have consistently condemned any type of violence.

During the markups in the committee room Tuesday, Republican members tried to put forth an amendment aimed to prevent police agencies from being defunded by local governments by withholding grant money from the municipalities that do so.

Democrat committee members tried to belittle the amendment. Rep. David Cicilline (D-RI) said he is against the amendment. Rep. Val Demings (D-FL) tried to accuse Republicans of only supporting the police when it is politically convenient. Demings said, “Police officers deserve your support. You know it’s interesting to see my colleagues on the side of the aisle when it’s politically convenient to do so.”

Jordan tried to interrupt the Congresswoman before she shouted, “Did I strike a nerve?” Demmings added, “Law enforcement officers deserve better than to be utilized as pawns. You and your colleagues should be ashamed of yourself.”

The chairman, Rep. Jerry Nadler (D-NY), intervened and banged his gavel to stop the two from interrupting each other as they continued to shout.

Demings also claimed that only Democrats have voted to support law enforcement officers.

Ultimately, Rep. Chip Roy (R-TX) used the majority of his time to let Jordan speak directly to the Democrats.

The ranking member said the Republicans have “condemned the violence of January 6th, and we condemned it last summer. It would have been nice if our colleagues on the other side had done the same,” talking about the Democrats not condemning the violence that happened in 2020.

Jordan argued, “All last summer when police were being pelted with frozen water bottles, bricks, and beat up,” where were the Democrats condemning the violence.

“They were busy,” he explained. The Democrats “were busy raising bail for the rioters and looters doing the same exact thing to the police.”

“You have to be kidding me,” he said, expressing disbelief the Democrats would lecture him about being consistent, when Democrats are the problem.

Jordan said the Democrats have not been consistent, which is why they are so “fired up” about opposing the amendment from the Republicans that would prevent police agencies from being defunded by refusing to grant money to local governments which do so. 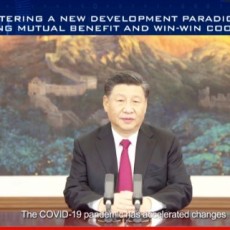