1.   SARS-CoV-2 (aka SARS 2,  COVID-19 & Coronavirus) is a virus that first appeared as a human contagion in Wuhan, China in late 2019. It is less deadly but much more contagious than its earlier relatives known as SARS or MERS.

2.   Like every new virus & many older ones, there was & still is no vaccine or possibly no medication that is able to assist humans to resist being infected by it, or once infected, to ameliorate its effects or to assist in recovering from it.

3.   On 21 March 2020, Hydroxychloroquine was propelled into prominence by USA President Donald Trump publicly suggesting that it was effective in treating Coronavirus. At that moment, there was little to support this supposition. In the meantime however, evidence has increased to support its efficacy.

4.   Regardless of this positive characteristic, Hydroxychloroquine can cause cardiac problems in various individuals, as can the Coronavirus. This is a dangerous combination, especially for patients with pre-existing heart problems. At this stage, I had become mildly interested in sourcing a possible medication to support my very healthy immune system, just in case it was unable to resist the virus.

5.   I was forced to discount Hydroxychloroquine as a reasonable medication for my personal purposes, not because of the cardiac problems, but because it had been banned in its association with COVID-19 by the Federal Government, & even declared a poison by the Queensland Government!

6.   My attention was then drawn to IVERMECTIN (IVM) by Professor Borody promoting his Ivermectin Triple Therapy (ITT). This combination certainly appears to be most efficacious, but I personally have a major reservation about its general use due to the inclusion of an antibiotic in the “Triple” combination.

7.   Over the last few years, there has been considerable media warnings about over prescribing antibiotics & other forms of misuse leading to the reducing effectiveness of this valuable medication. This is a critical concern, so I have chosen to disregard ITT. However, I have continued my interest in IVERMECTIN as a totally independent medication.

8.   I soon discovered that there is considerable evidence on the internet confirming the efficacy of IVERMECTIN. I have taken great care to ensure the veracity & validity of any evidence provided on the internet. I have even spoken personally on the phone to a doctor in her clinic in the USA. She has experienced 100% success rate with IVM, including with two patients who were so badly affected that they were in hospital on supplemental oxygen. After taking what I term a Standard Single Dose of 1×3mg IVM Tablet per 15-to-20kg of body weight, plus a couple of other supplemental medications, they were out of hospital in 3 days, & back at work shortly thereafter. For more information regarding the efficacy of IVM, see numerous references on the internet & also within my two letters (URL1 & URL2 below). Further information is also provided in URL3 & URL4.

9.   Subsequently, I quickly became aware that IVERMECTIN could offer far more than just my own personal security regarding COVID-19. It could be easily applied to the Australian population. As a result, I am now promoting IVERMECTIN as a medication that should enable the quick recovery of any individual infected with COVID-19. This is especially true if a Standard Single Dose of IVM is taken (ie oral medication has occurred) within about 2 days of infection, or even better within 12-to-24 hours of infection. This is during the incubation stage before any symptoms become apparent.

10.   Notwithstanding this basic principle of “the earlier, the better”, IVM will certainly accelerate the recovery of someone who is suffering COVID-19’s flu-like symptoms at home, or even someone who has become so severely afflicted that they have been admitted as a hospital patient & may even be on a respirator or receiving supplemental oxygen. Besides these recuperative qualities, evidence is emerging that IVM is capable of functioning as a prophylaxis (preventive).

11.   These impressive qualities are delivered by a medication that is totally benign such that any side-effects are of little significance. This means that Australia’s senior citizens, the most susceptible individuals to COVID-19’s adverse effects, can use IVM with little fear of any consequential side-effects. This panacea-like quality should enable IVERMECTIN to drastically reduce the appalling Seniors Coronavirus death toll, probably to a figure of zero. In addition, recent tests have indicated that IVM is safe for use by children under 5 years of age, & by pregnant women.

12.   The panacea-like quality of IVERMECTIN can only be properly exploited by IMMEDIATELY allowing unrestricted IVERMECTIN access to any infected Senior Citizen or any infected younger Australian who has been so severely afflicted that he or she is seeking medical attention at home or who has been admitted as a hospital patient. At the same time, unrestricted access should be granted to front-line medical staff, caregivers & then to critical community support staff such as police officers. Finally, unrestricted or controlled access should be granted, as any stockpiles of IVERMECTIN may allow, to the rest of the Australian population.

13.   Merck & Co Inc of New Jersey, USA, is the licence holder & manufacturer of IVERMECTIN, while MSD (Merck Sharp & Dohme (Australia) Pty Ltd) is the Australian subsidiary. I have approached MSD in writing about the stockpile situation, but it has politely declined to offer any information or assistance!

14.   The IMMEDIATE & proper control of unrestricted IVERMECTIN access should also allow the IMMEDIATE easing & eventual ending of all Lockdowns, Social Distancing & Border Controls which are so unpopular & so detrimental to the Australian population & the economy!

15.   By this relatively simple act of allowing unrestricted IVERMECTIN access as described above, the Government will enable a virtually immediate return to an almost-normal everyday life & a flourishing economy. The harmful effects of the Lockdowns (aka “enforced loneliness”) on the Australian community will begin to disappear. Consequently, there should be a decline in the “mental health pandemic” & life-quality issues such as stress, anxiety, depression, aggression, alcoholism, drug dependency, domestic violence, separation of families from loved ones & suicide.

16.   There is absolutely no doubt that there is an urgent need to abolish the destructive Lockdown & associated procedures. To date, the only way in which the Australian Federal & State Governments have indicated that this will happen is with the release of a vaccine to combat COVID-19. That will not occur until 2021 at the earliest. The year 2222 has even been suggested recently by an expert. Meanwhile, infected Senior deaths will continue, as will the Lockdowns & their associated destructive consequences on Australia’s population & its economy.

18.   As a result of IVERMECTIN’s benign qualities, proven after some 40 years of use around the globe, there is absolutely no risk or downside to the unlimited use of IVERMECTIN. Should the Government truly believe that the risk of adverse reactions to IVERMECTIN is a valid reason to continue to limit its availability, then the GOVERNMENT can easily resolve this problem by indemnifying itself & if necessary, the manufacturer (Merck) & similar entities. Indemnity could be quickly established in legislation with a ruling that any individual who takes (orally medicates with) IVERMECTIN for the sole purpose of combatting infection by COVID-19, does so at their own risk.

19.   Should the Government still not be convinced of IVERMECTIN’s panacea-like attributes, it is now worth considering “risk versus reward”.

20.   A list of URLs is given further below. In URL2 paragraphs 24 to 26 inclusive, I consider the “risk versus reward” of a COVID-19-infected patient taking (orally medicating with) IVERMECTIN compared with a patient NOT taking it. For the latter, the risk is extremely high that the patient will end up suffering from some or many of the prolonged symptoms & syndromes (aka “Long Covid”) including Chronic Fatigue Syndrome, renal & cardiac problems & even Parkinson’s disease. This list is not exhaustive, & it doesn’t even consider the hell involved with the initial recovery period. The patient also has the real risk of dying, especially if the patient is aged above about 60 & most especially if the patient is also obese or has some other pre-existing condition.

21.   For the patient who does take one or maybe two Standard Single Doses of IVERMECTIN, the risk is extremely small because IVM has been proven to be such a benign medication after 40 years of use around the globe. The rewards however, for the Ivermectin patient are enormous. They include a quick recovery, far less pain & inconvenience because of the shorter recovery period, the probable avoidance of all the Long-Covid effects, a quick return to work & to a normal life, & the avoidance of death associated with well-meaning medical staff being restricted to aiding recovery without any specific medication to combat COVID-19.

22.   When more than one infected individual receiving Ivermectin is considered, such that each individual in a community or in the Australian population is able to immediately utilise Ivermectin when COVID-19 infection occurs, then the lockdowns, etc can be removed, Australian businesses start to recover, unemployment decreases, the economy recovers, etc.

23.    In the unlikely event that the IVERMECTIN does not provide the anticipated recovery, then nothing is lost except for the Au$50 that was spent for two packs of Stromectol!

24.   The conclusion from the details above is that the rewards from taking IVERMECTIN far outweigh any risk involved! The logic of this is not only abundantly clear but it is also irrefutable. Yet the Government continues to turn a blind eye to IVERMECTIN & the absolute logic supporting it. This suggests that more nefarious matters are involved & that matter may well be money! Both the Government & the vaccine-producing companies are so financially committed to a vaccine, that they don’t want strong, even overwhelming competition from a very cheap, abundantly safe and highly efficacious medication like IVERMECTIN!

25.   While vaccine-associated money may well be the real reason for the Government’s reluctance to make IVERMECTIN more accessible, the Government needs to take serious account of the situation that they have already created & will continue to produce by restricting IVERMECTIN in the past & now into the future. This matter is dealt with in more detail in my document Titled: “AN OPEN LETTER TO ALL OZ GOVERNMENTS: FEDERAL, STATE & SHADOW, TO THE MEDIA & TO OZ CITIZENS.”

26.   As an aside, I might well be asked: “Why am I promoting IVERMECTIN?” Sceptics may reasonably assume that I am the recipient of some form of financial support to promote IVERMECTIN to such an extent. That is far from being the truth, so I now feel obliged to make the following declaration:

26.1.   I hereby declare that I, the author of this document, receive absolutely no financial support for my efforts in promoting IVERMECTIN to combat & control COVID-19. My considerable efforts are literally because I abhor the empowering of inconsiderate bureaucrats & authorities to randomly invoke procedures like Lockdowns, Social Distancing & Border Controls with little regard for the consequences of their actions but which are so profoundly detrimental to the Australian population & the Australian economy!

27.   I commend this document for IMMEDIATE consideration and the IMMEDIATE action of the Government and other relevant authorities.

Please feel free to contact me. I am available for discussion on any associated matter. 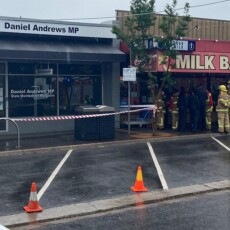 No Bill of Attainder Shall Be Passed against Trump 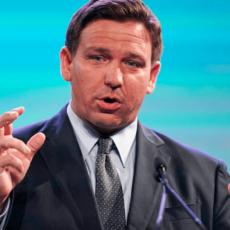