‘Extreme Satire’ by: Bill the Butcher

Good morning and Happy Monday to everyone who is sick and tired of hearing “thoughts and prayers” because it isn’t a replacement for policy while people are being mass murdered.

Why do bad things happen to good people?

In consideration of the age old question Why do bad things happen to good people, we must look at the full scope of the human experience in light of the theological vs the secular. First, you must understand the implications of the premise bad things, good people. If you understand that the universe is designed on positive and negative, plus and minus, that if bad things happen to good people it only goes to follow that good things must happen to bad people which perfectly explains why while good little girls get to go to heaven, bad little girls get to go everywhere else!

Originality, God populated the earth with lizards. And they rocked along for a full minute. Millions of minutes, actually. Big lizards, little lizards, flying lizards and crawling lizards. No politics, no economy, no religion, and most of all no cops! Now I want you to notice that after the comet that brought the curtain down on Lizardtopia long about sixty-five million years ago there was a cooling off period of millions and millions of years before God decided to try that crazy crap again.

And God said, Let us make man in our image!

You see, after the lizards, God figured that if He made the next batch to be more like Him perhaps things would work out better. So, He made a monkey, and called it man! Then He told the angels to make man in our image. Not that God looked like a monkey, mind you, but Cheeta was as close as He could get. Evolution has erased most traces of the linage from monkey to man, however it can still be found in parts of California, but that’s a subject for another class.

But, during the construction of man, earth, and all that is seen and unseen there was one part that is largely ignored by folks that study these things. After the ribbon was cut, God turned man loose naked, gave him a girlfriend and let them have dominion over well . . . everything! What could possibly go wrong? 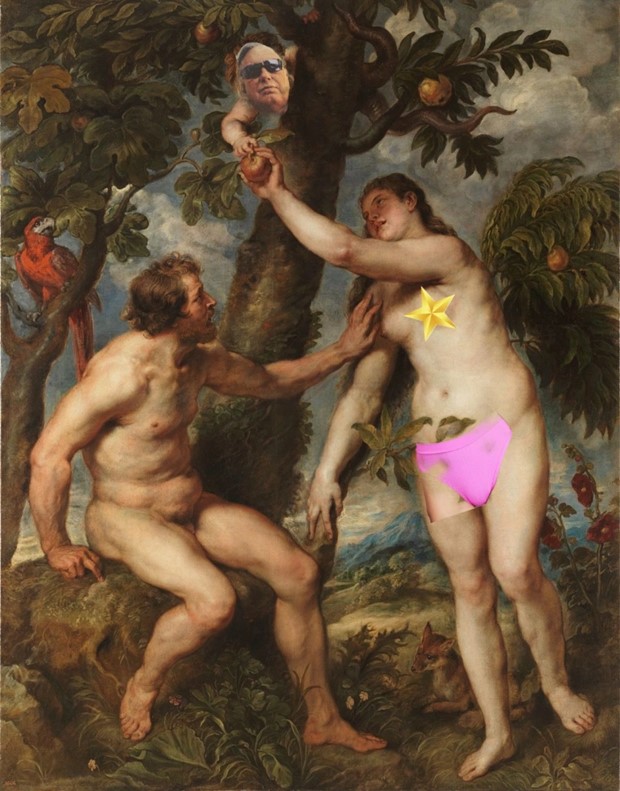 He gave us all the tools and materials to run the place and sat back to see if we could do it. And, as they say the rest is history. You do know that even Jesus called the Devil the prince of this world, don’t you? That tells us that even God had to find someone to run this cosmic Twitter. Since, according to Mormon understanding, Beelzebub was family with Jesus he was picked to be the pre-historic Elon Musk and put in charge until further notice. In answer to the question of why bad things happen to good people you must understand that the understanding of most of the dominant religions there r ain’t no good people and basically we get what we deserve. Hey! Look who got put in charge!

While they’re waiting around for the next one

Totally ignoring the original premise of rank the more faithful among the planet of the apes are continually putting responsibility back on God who is hanging out with the angels. What this gives us is a mass shooting that people pray and think about while they’re waiting around for the next one.

Insanity is defined as doing the same thing over and over again expecting a different result. Kinda like cramming constipation back in hoping for a better result the next time. Now consider the new improved insanity. Got a mass shooting? Pick up all the guns. Public immorality? Come up with forty or fifty new genders so everybody can get their freak on. Got a messed up government. Elect a new one cut from the exact same mold and hope they’ll see the light.

Not that prayers won’t let you feel better, but they won’t unload an AR-15 and God never told you that it would. He told you to have dominion! There is a Rabbi who says that God isn’t in the business of perfecting the world for man, it’s man’s job to perfect the world for God! Even atheists will admit if we can just do unto others as we would have them do unto us and not before they do unto us the

world would be a hell of a lot more hospitable.

So when you pray say this: It’s gonna be a good day, Lord! Don’t don’t ask God to fix what you broke! You fix it. That’s what he hired you to do. He won’t lead you into temptation. Just don’t fall into it by reason of your own actions. If you say that it will be a good day, and then go to work on making it a good day then it’ll be a better day than it would have been had you hidden your head in the sand of some ancient text and waited for God to do something that He never said he’d do in the first place! 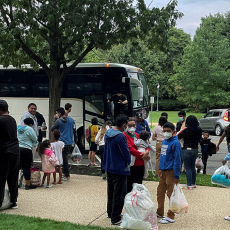 Eric Adams: Abbott’s Migrant Busing ‘Anti-American’ — He Should Talk to Places Busses Go Through and Figure out How to ‘Do This Together’ 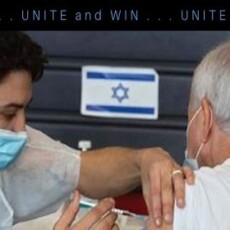 Yahoo! Finance: We Could Ease Diaper Shortage If Pregnancy Centers Would Quit Convincing Women To Keep Their Babies