I was sent the below emailing correcting the figure from the above clip that I had previously posted from 2 Billion people dead to 3 Billion.

FATHER ALEXIS BUGNOLO SAYS 2 BILLION DEAD IN THE NEXT YEAR. ARE YOU READY?

I Made a clip (attached) and its 3 Billion not 2 Billion. The Malaysian ICC blew the whistle in 2015

Remember REX84 the Continuity of Government?

Your fearless leaders all took the placebo to have their Continuity of Government.

Soon they’ll come for the Guns and then its game over. As long as greed abounds, the military or police will do as their masters say because they though still asleep, will want to keep their cars, homes, lifestyles etc. In the end the common use of “I was only doing my job” to justify their helping to genocide their own people, some their own family.The importance of communist core teaching was to teach people that the 1% is far greater then 99% and don’t be fooled as every politician has remained silent so they know what’s coming. The holdouts like Florida and Texas are more of the Q-tard of “Trust the plan” that gives the people hope like a savior Zionist Trump?

Well who’s running Texas and Florida? Zionist’s! Yes those behind this agenda are exempting their minions from getting the Jab and boosters, but like the history of the CIA, they and their BLM & Antifa groups that are no different then Al Qaeda, ISIS as front groups, and will in the end be destroyed. The NWO group won’t need their services any longer.Sorry but I laugh that some think in 2022 they’ll be able to vote themselves out of what’s coming. We as Americans sat by for decades watching the military murder millions (Depopulation En Mass) in wars based on total lies then and they are lying to you now. Remember who trains the US Law enforcement, FBI, Security and Military? Israel does. Who’s behind the so-called vaccines? Zionist Israel does!

Who are the Jews behind the coronavirus vaccines?https://www.jpost.com/health-science/who-are-the-jews-behind-the-coronavirus-vaccines-649405

Who built a bio weapon that targets the DNA?Israel is reportedly developing a biological weapon that would harm Arabs while leaving Jews unaffected, according to a report in London’s Sunday Times.

“Seasonal coronavirusspecific B cells with limited SARS-CoV-2 cross-reactivity dominate the IgG response in severe COVID-19″Severe acute respiratory syndrome coronavirus 2 (SARS-CoV-2) is the cause of coronavirus disease 2019 (COVID-19). Little is known about the interplay between preexisting immunity to endemic seasonal coronaviruses and the development of a SARS-CoV-2–specific IgG response. We investigated the kinetics, breadth, magnitude, and level of cross-reactivity of IgG antibodies against SARS-CoV-2 and heterologous seasonal and epidemic coronaviruses at the clonal level in patients with mild or severe COVID-19 as well as in disease control patients. We assessed antibody reactivity to nucleocapsid and spike antigens and correlated this IgG response to SARS-CoV-2 neutralization. Patients with COVID-19 mounted a mostly type-specific SARS-CoV-2 response. Additionally, IgG clones directed against a seasonal coronavirus were boosted in patients with severe COVID-19. These boosted clones showed limited cross-reactivity and did not neutralize SARS-CoV-2. These findings indicate a boost of poorly protective CoV-specific antibodies in patients with COVID-19 that correlated with disease severity, revealing “original antigenic sin.”https://www.jci.org/articles/view/150613

A placebo that does nothing, yet is a primer for a ‘delivery system’ for the “Spike Proteins” which are in fact killing people by removing their immune systems.

Anyone who trusts this government, the military or police need mental help as soon as possible. This depopulation agenda is moving forward and lending support to “Our Boys” in uniform is no different then watch whats going on in Australia as the cops beat the crap out of their own population and their military is now putting them in camps. Think it won’t happen here? They train for years “Hoping” to get into battle.

Benjamin Franklin on the Constitution:
“It will give us, for a course of years, good government and then only end, due to the corruption of the people, in despotism, which will be the only form of government suitable for them.”
Philadelphia, 1789. 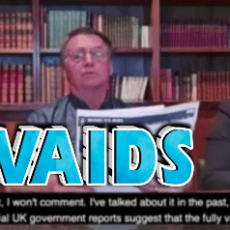 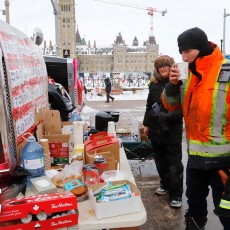 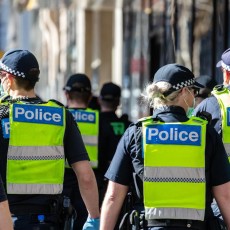