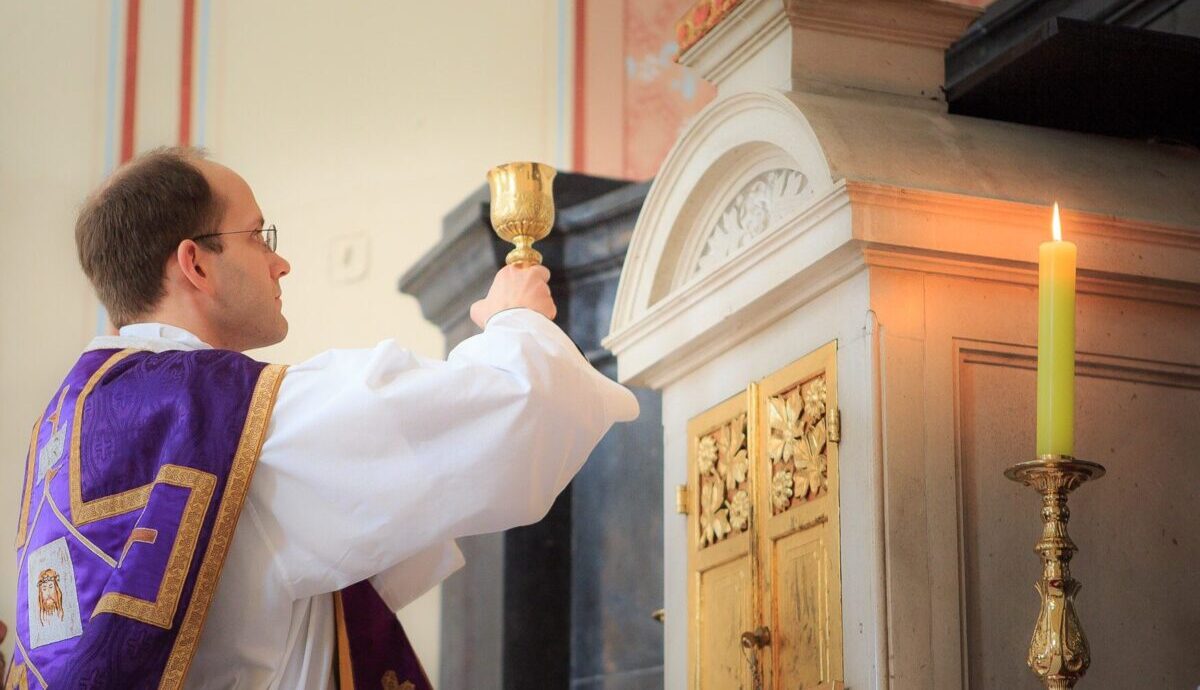 The New York Times recently published an article on the increasing numbers of American Catholic families who are gravitating to the traditional Latin Mass in search of liturgical reverence, orthodoxy, and a more Catholic experience. They are making the switch, as reporter Ruth Graham explains, despite being thwarted by a pope whose hostility to the ancient rite contrasts sharply with the conciliation and pastoral generosity demonstrated by his immediate predecessors, John Paul II and Benedict XVI.

My own family migrated to the Latin Mass in 2021 for many of the reasons cited by the families interviewed for the report. Yet my reaction to the piece, unlike that of some Catholic bloggers and conservative Catholic writers such as Michael Brendan Dougherty, sounded a little less like Deo gratias and a little more like cui bono? On the one hand, at a time when Rome has literally forbidden most Catholic parishes from advertising the scheduled times of Latin Masses in their church bulletins, Latin Mass attendees are probably grateful for The New York Times’ free publicity. On the other hand, it’s intriguing that an ancient liturgy representing “a fraction of Masses performed at the 17,000 Catholic parishes in the US” was important enough to warrant a front page spot.

Yet significant it is, but not for the reasons close to the hearts of traditional Catholics caught up in the turmoil of Pope Francis’s severe restrictions on the Latin Mass, senior prelates’ abandonment of core Catholic teaching, and liturgical cringefests in the New Mass or Novus Ordo Mass.

Instead, the real focus is sneaked into the third paragraph, where Graham describes the resurgence of the Latin Mass as “part of a rising right-wing strain within American Christianity.” The report is no bigoted attack on “radical-traditional Catholics” like The Atlantic’s recent sledgehammer of an “exposé,” a piece so outrageously obnoxious that the original headline and cover art had to be scrubbed. Graham’s style and substance is far more subtle, sophisticated, and insightful. But the underlying message is unsettling, and certainly not a celebration of traditional Catholicism.

Graham, who covers religious affairs for The New York Times, is evidently taking a pause from profiling white evangelical Christian “extremists” and pivoting to the increasing number of Latin Mass Catholics. Like their evangelical brothers and sisters, traditional Catholics believe that the Bible is the divinely inspired Word of God, adhere to its theological and moral truths, and profess that God’s law is eternal and unchangeable. Clearly, this makes traditionalists personae non gratae with the cultural and political elite, and therefore a strain worth examining.

The Latin Mass is hardly novel. It was the liturgical form celebrated in every Catholic Church throughout the world for hundreds of years until the revolutionary Vatican II reforms of the 1960s. After that, it lingered in the background for decades before bursting back onto center stage during the pandemic. Covid mandates and restrictions drove many Catholics to Latin Mass services, where they knew they wouldn’t be harangued by pastors and fellow parishioners. But it wasn’t just the Covid response that pushed people away from the Novus Ordo. Catholics have felt increasingly orphaned by their spiritual leaders, including many priests, bishops, senior prelates, and even the pope himself, whose preaching is more in line with globalist think tankery than Catholic dogma.

The ancient liturgy is now blossoming despite the ruthless efforts of Pope Francis to stifle the very movement his papacy, more than any other pontificate since the Second Vatican Council, has inadvertently helped to flourish. Hence, from The New York Times’ perspective, traditional Catholics are a particularly puzzling group of non-compliants: Not only do they, like evangelical Christians, resist yielding to the seismically shifting cultural and political sands, but they also refuse to budge under pressure from their own pope, to whom they nevertheless remain unquestioningly obedient.

Categorizing these Catholics is also a tricky affair. Unlike white evangelical Christians, Latin Mass Catholics can’t be crudely pigeon-holed as an ethnoreligious tradition and are thus less susceptible to charges of racism and “white Puritan chosen-ness.” Catholics in the U.S. are racially and ethnically diverse. Approximately 60 percent of Catholic adults are white, a third are Latino, and smaller percentages identify as black, Asian American, and other racial and ethnic groups. The share of Hispanic Catholics has grown to a point where, among Catholic millennials, there are about as many Hispanics as whites.

The Latin Mass fosters this diversity. Because the liturgy stands aloof from contemporary cultural influences, whether it be in the music, the vestments, the language (Latin, Greek, and Hebrew are all used), or the art, it is accessible to and attended by people of all ethnic, linguistic, and socioeconomic backgrounds. It is the universal church at its best.

Latin Mass Catholics are still a tiny subset of the tens of millions of American Catholics. There are 594 venues in the United States that offer the Latin Mass and only 64 that offer it exclusively. This amounts to a mere nine Latin Mass venues for every 1 million Catholics. Also, the church in the U.S. is losing Catholics at a higher rate than any other religious group, with a shocking 6.5 Catholics leaving the faith for every new convert.

Yet there is good reason for The New York Times to point the spotlight on this burgeoning movement of Catholics characterized by their social conservativism and religious orthodoxy. Survey data, anecdotal accounts, and Graham’s own report indicate that Latin Mass services are thriving among young people, attracting large families with many children, and drawing in significant numbers of attendees who were not raised in the Latin Mass. Hence, unlike many Catholic parishes that are dying on the vine, Latin Mass services are vibrant, busy, and growing.

The broader political implications of this significant demographic shift within the church are obvious. The more regularly Catholics attend Mass and prioritize their faith, the more likely they are to return to millennia-old Judeo-Christian teachings that God made man and woman, and that He “created every part of [us] … in [our] mother’s womb.” For example, while 50 percent of Catholics who attend services monthly or yearly say that the Catholic Church should recognize marriages of gay and lesbian couples, this number drops to 37 percent among Catholics who attend church weekly. Support is lowest among married Catholics and Hispanic Catholics. Preliminary research suggests that among Latin mass attendees, the figure is as low as 2 percent.

Graham mischievously claims that it’s a “brand of new hard-right rhetoric … in some Catholic communities online” that’s drawing many Catholics to the Latin Mass. She even drops some names, including popular Catholic podcaster, author, and theologian Taylor Marshall as well as Church Militant, which Graham breezily brushes off as a “hard-right multimedia site that rails against homosexuality, pandemic restrictions and Pope Francis.”

Yet the only direction in which Latin Mass attendees are shifting is back to the Gospel message. They understand that core Catholic beliefs formed the fabric of Western civilization from the Roman Emperor Constantine’s signing of the Edict of Milan in the fourth century until about five minutes ago, when the Overton window shifted so preposterously to the left that adhering to God’s moral law suddenly became “hard-right.”

Of course, the crux of the issue is that the more Catholics regularly attend Mass, the more they disapprove of “Catholic” President Joe Biden. The more Catholics rediscover their faith, the fewer supporters there are of the globalist, climate emergency death cult and its communist schemes, and there’s not a thing even Pope Francis can do about it. Traditional Catholics may be content to bask in the reflected glory of Graham’s magnanimity, and, like the National Review, gush over the admittedly marvelous photojournalism. But if they honestly think The New York Times is rejoicing over any of this, they’re sorely mistaken.

Carina Benton is a dual citizen of Australia and Italy and a permanent resident of the United States. A recent West Coast émigré, she is now helping to repopulate the country’s interior. She holds a master’s degree in education and has taught languages, literature, and writing for many years in Catholic and Christian, as well as secular institutions. She is a practicing Catholic and a mother of two young children. 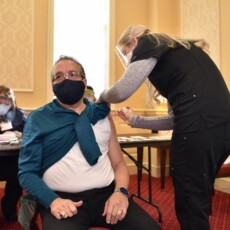 The Worst Is Yet To Come From Biden’s Vaccine Coercion